DAVID BLUNKETT: Democracy has been our bedrock for centuries but I fear it at risk due to Covid

When two senior police officers were confused last week about the current lockdown rules, I was not surprised.

The different regulations and tiers across the country are bewildering and, what’s more, they are changing from area to area, day by day.

And if senior police officers are unclear, the public must be, too.

Of course, confusion is a very serious problem when lives are at stake. Yet this is by no means the only concern.

I sense something worse. With the Government and the people diverging in their views of how to get Britain out of this crisis, I fear we are witnessing the beginning of the steady disintegration of democracy itself in our country.

The crumbling of a political system that has held this country in good stead for centuries.

As the public mood becomes increasingly fractious and impatient, those values that normally act as the nation’s glue are losing their power to hold us together.

We are witnessing evidence of a growing revolt against the coronavirus lockdowns. Many people think the rules won’t work and are prepared to defy the law if necessary to see their loved ones. They believe it is time to ‘get Britain back to normal’.

As The Mail on Sunday reports today, millions are now more worried about not being able to pay their bills than they are about losing a family member to coronavirus. This is indeed very sad.

Without a consensus, democracy becomes fragile.

It was the Enlightenment philosopher John Locke – who was a witness to the overthrow of King James II in 1688 and the evolution of modern English parliamentary democracy – who said: ‘All power is derived from the consent of the governed.’ 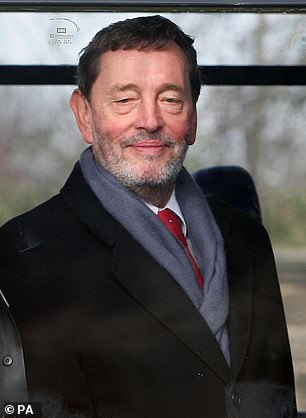 We are witnessing evidence of a growing revolt against the coronavirus lockdowns, writes Lord David Blunkett

In other words, democracy depends on consent. Good government relies on law, not force.

And in today’s context, that means the British people being onside with their Government’s coronavirus policy.

But I don’t believe that can be guaranteed. As each new day passes, a lot of us feel that official policy is not merely confused, it is also arbitrary and futile.

I include the recent Tier 3 lockdowns in Manchester and my home city, Sheffield, in much of this.

There is a lack of leadership from the Government.

I can understand why perfectly reasonable, law-abiding people are talking openly about defying lockdown regulations.

We can be in no doubt that, as distinguished former Supreme Court judge Lord Sumption wrote in these pages last week, large numbers of people will continue to meet friends and family behind closed doors, whatever Health Secretary Matt Hancock decrees.

People who are meant to be in quarantine are continuing to go to work – often because they have to in order to pay the rent or put food on the table.

There has been a reluctance to sign up to the Test and Trace system – which is understandable considering that public trust was damaged last weekend when people discovered that the Government had handed data obtained from the app to the police to check if individuals had been told to self-isolate.

What is more, the 24-hour turn-round rate for the test had dropped to 15 per cent.

Where laws are obeyed, it is often with bad grace. Face masks are worn at half-mast. The rules about household ‘bubbles’ are stretched to individual preference. The anger among traders who can see their lives and livelihoods collapsing is palpable.

Yet so, too, is the anger of those determined to follow the spirit and the letter of the law, people who – often for very good reasons – feel compelled to do as they are told and remain at home whenever possible.

They are infuriated to see neighbours ignore restrictions and many have taken to snooping and complaining to the police.

Another sign of this crumbling of civic values are the reports that the Covid crisis has led to a booming black economy, as cash-in-hand deals are done – and this, in turn, means wholesale fraud upon the Exchequer.

And that is quite aside from the industrial-scale fraud perpetrated by criminals taking advantage of emergency business loans and the furlough scheme.

Meanwhile, what should be a serious debate about finding a way forward through this crisis has descended into mud-slinging. Serious academics are clashing with fellow specialists who dare to disagree.

Is it any wonder that many of us are worried about the health of our democracy? 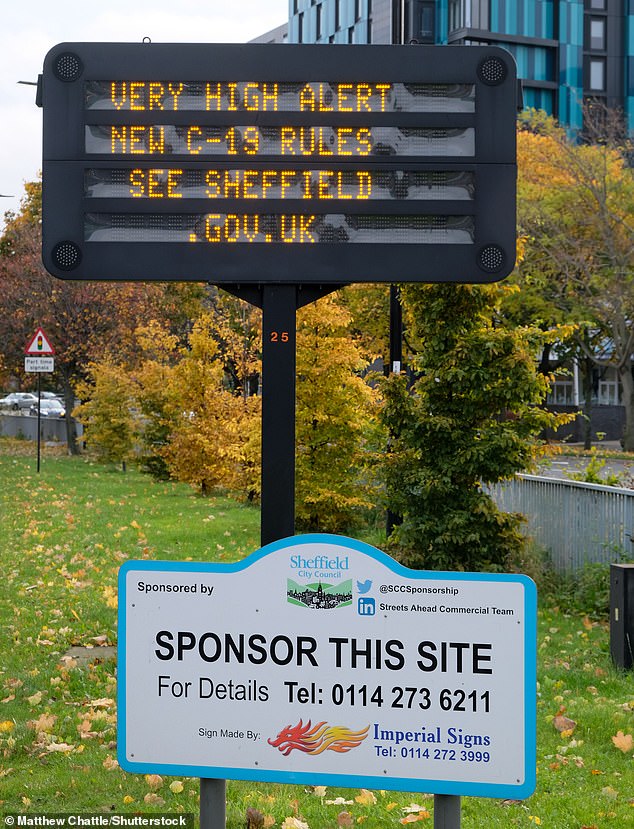 As each new day passes, a lot of us feel that official policy is not merely confused, it is also arbitrary and futile. I include the recent Tier 3 lockdowns in Manchester and my home city, Sheffield (pictured), in much of this

How have we got into such a dangerous situation?

The first answer is muddle. Government policy has been confusing – and thus people are confused.

For example, walkers in the Peak District National Park heading towards Sheffield can, in the space of a few strides, move from almost complete freedom to the tyranny of a Tier 3 lockdown.

We are subject to a similarly strange patchwork of competing regulations right across the country.

In the summer, we were categorically told there was no evidence that face masks help protect us. Now we are told they are essential in shops and on public transport.

‘Eat Out to Help Out’ then turned into lockdown to save lives.

And even in areas where infections are plateauing or falling, there is no end in sight.

At the heart of the Government’s failure is its refusal to take much wider advice, to own up to its mistakes and to empower those at local level to use the new treatments available.

The Nightingale centres should be opened now, not left on standby.

Test and Trace should be taken out of the hands of Serco and other central providers and operated locally, providing clear, straightforward numbers which would allow people to judge their own personal risk and behave accordingly.

Above all, we need some messages of hope. People are desperate for good news, and there is plenty to be had.

We know so much more about Covid-19 than we did just six months ago.

It is clear that the virus is a significant problem to a small minority of people and that, increasingly, we know who needs protection.

Without good news, there can be no true togetherness. Yet even now, the Prime Minister and his advisers seem intent on continuing to use the fear factor.

We need honesty, clarity and bravery from our Government. We need true leadership.

Without it, we can look forward to nothing beyond growing confusion, deepening misery and a loss of faith in our very precious system of democracy.

Top 10 performers in games in Week 8

Top 10 performers in games in Week 8