West Ham boss David Moyes was left furious after Liverpool were awarded a penalty for what he believed was a dive from Mohamed Salah.

Salah went to ground under a challenge from Arthur Masuaku in the penalty area and referee Kevin Friend pointed to the spot, with the Egyptian stepping up to make it 1-1.

Moyes aired his frustrations after the game, saying he felt Salah had made the most of the slight contact by Masuaku. 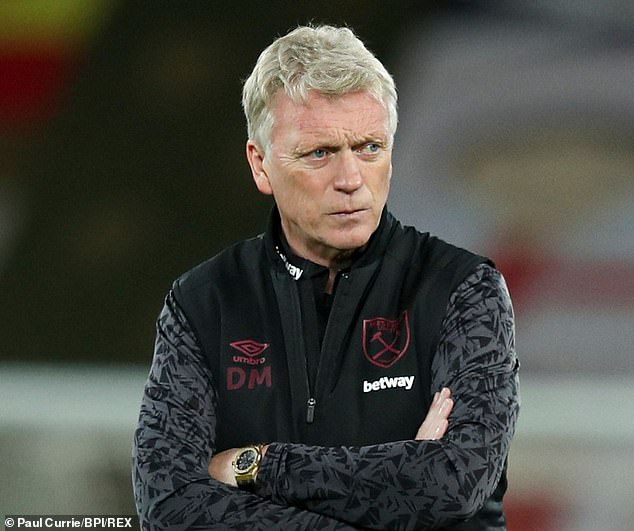 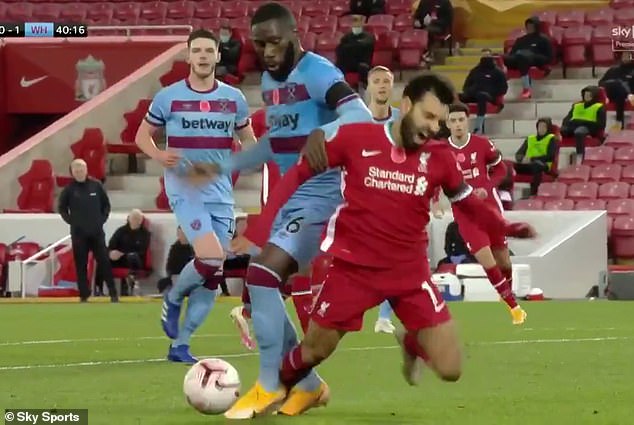 I don’t think it is a penalty kick,’ said the Hammers’ manager.

‘I think he throws himself the to the ground. Arthur stops, he expects the referee to do something because of the way he falls to the ground – he threw himself – but it went the other way.

‘But that should not take away form a lot of positives. We are really disappointed not to get something from the game.

‘Liverpool played well but we had chances to get the second goal which we didn’t take. It was more we weren’t clinical enough. 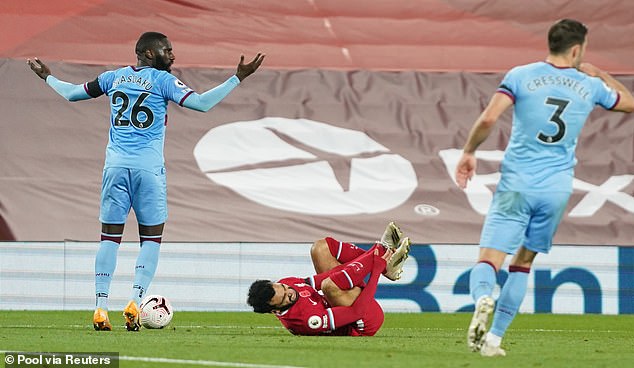 ‘It says something we are coming away from here really disappointed. We came close here last year and I have to say we came close tonight.’

Pablo Fornals had given Moyes’ side the lead before Salah equalised from the spot just before half-time.

Diogo Jota then came off the bench to score the winning goal in the 85th minute.

The forward thought he had scored five minutes earlier but his strike was disallowed after Sadio Mane was adjudged to have fouled West Ham goalkeeper Lukas Fabianski in the build-up.