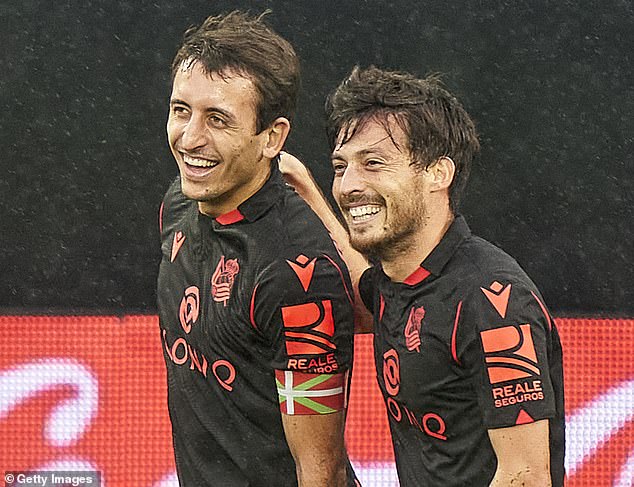 David Silva scored his first goal for Real Sociedad in the LaLiga side’s 4-1 win at Celta Vigo which returned them to the top of the standings.

The former Manchester City midfielder opened the scoring by heading home midway through the first half, while Spain forward Mikel Oyarzabal added the second soon after, following up his own shot which had come off the post.

Willian Jose further stretched the visitors’ lead early in the second half, tapping in a cross from Cristian Portu, who had chased down Celta defender Jeison Murillo to win the ball back by the penalty area. 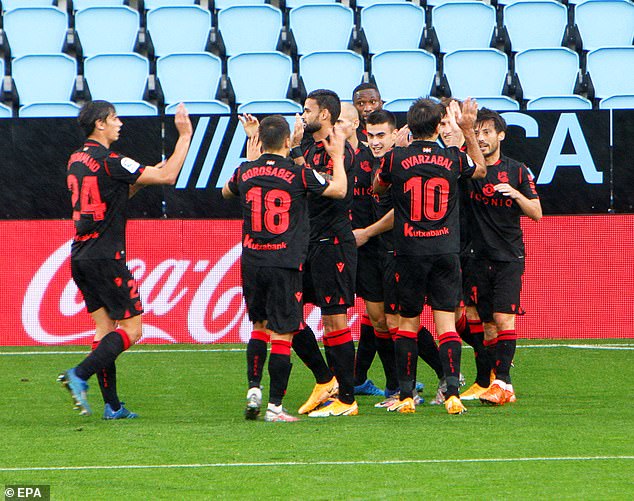 Iago Aspas scored for the struggling hosts from the penalty spot later on but Brazilian forward Willian Jose struck again soon after, rounding off another big win for Sociedad to ease the pain of Thursday’s Europa League defeat to Napoli.

Silva spent the 2005-06 season on loan at Celta from Valencia and wished the club well after the match on social media.

The 34-year-old tweeted on Sunday: ‘Good three points and a great match by the team. Good luck to Celta the rest of the season. It was sad to see the Balaidos (Stadium) without its fans.’

The victory took Sociedad top of the table on 17 points from eight games, one ahead of second-placed Real Madrid who have a game in hand. 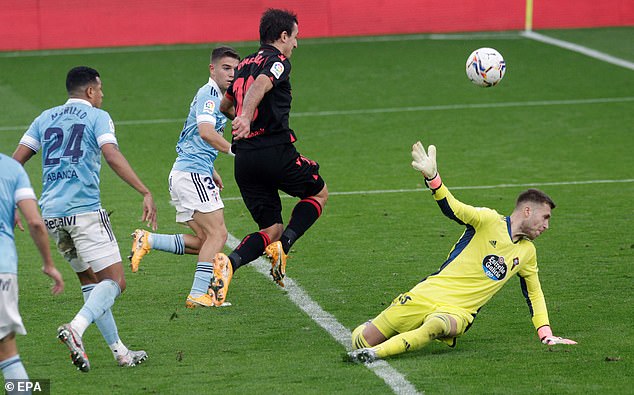 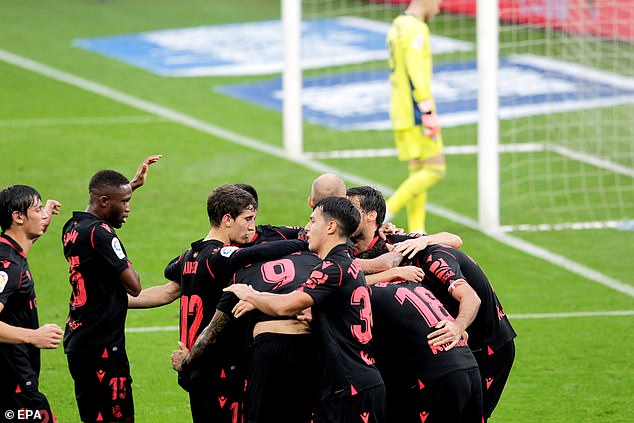 The Basques also lead the scoring charts with 18 goals, netting 14 times in the last four games.

Celta, who had defender Jose Fontan sent off in added time for a second booking, are 17th on six points.

Also on Sunday, Valencia drew 2-2 at home to Getafe in a frenetic, ill-tempered match which featured three late goals, including an equaliser in the 100th minute, plus two red cards. 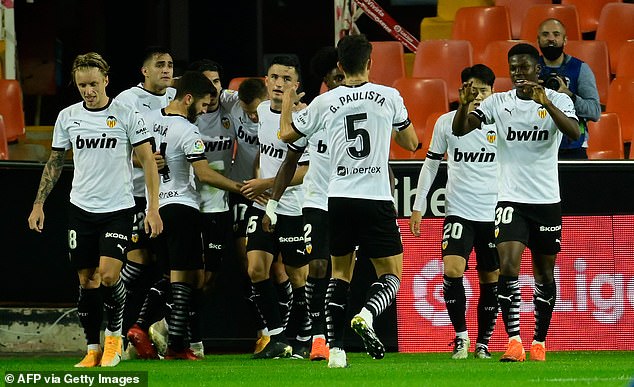 Elsewhere in LaLiga, Valencia were held to a 2-2 draw by Getafe at the Mestalla Stadium

Valencia, who had Thierry Correia sent off early in the second half for two bookings, were leading 1-0 through a first-half goal from Yunus Musah until the 87th minute, when Cucho Hernandez levelled for Getafe.

Angel Rodriguez grabbed what looked to be the winner for Getafe but the drama was far from over and Valencia were awarded a penalty when Damian Suarez tangled with Carlos Soler, leading to Suarez being sent off and Soler converting from the spot. 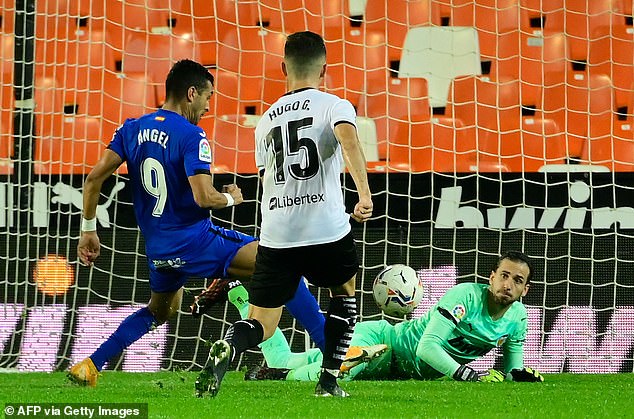 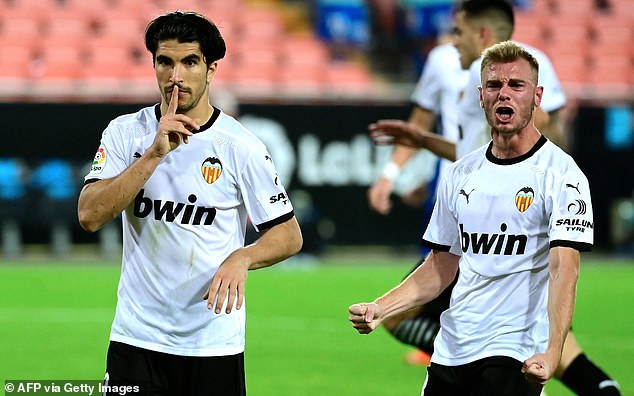 The last-gasp equaliser averted a fourth consecutive defeat for Valencia but still left them 13th. Getafe are eighth on 11 points.

Murder probe after woman, 29, who fled house in Stoke dies of stab wounds and man, 39, is arrested

Syria: Inside a refugee camp where Covid is spreading