The gap in deaths from chronic diseases and ‘diseases of despair’ in rural and urban areas has tripled over the past 20 years, a new study suggests.

Researchers from Brigham and Women’s Hospital in Boston analyzed death counts from lung disease, heart disease, opioid overdoses and similar causes of death in rural and urban areas across the country, using a database from the Centers for Disease Control and Prevention (CDC).

They found that age-adjusted mortality rates (AAMRs) declined in both rural and urban populations from 1999 to 2019, but they declined much further in urban areas.

What’s more, white people aged 25 to 64 in rural areas were among a small group whose AAMRs increased over this period. 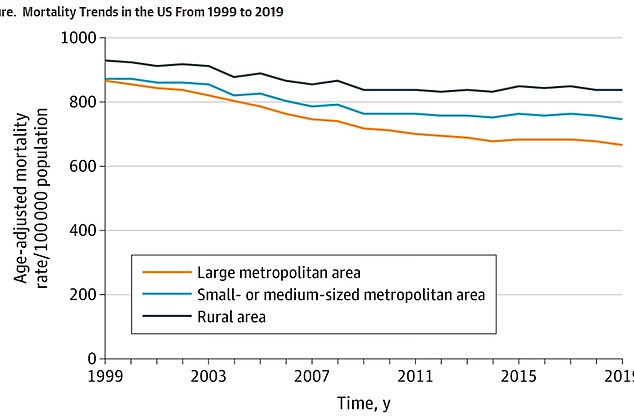 While deaths from chronic illness and ‘diseases of despair’, like opioid addiction or alcoholism, have decreased in the past two decades, the gap between urban and rural America has tripled

‘One might think that with medical advancements over the course of two decades, differences in mortality rates became narrower, but what we’ve seen is quite the opposite,’ said co-author Dr Haider Warriach, a member of Brigham’s Heart and Vascular Center.

‘Instead, we saw an unprecedented reversal in the mortality rates of middle-aged white people, both men and women.

‘Traditionally, researchers focusing on rural populations have highlighted the effect of the opioid epidemic and what have been called “diseases of despair,” including alcohol abuse and suicide, but our previous work has shown that chronic conditions may also be driving this gap,

‘Rural areas have a higher prevalence of risk factors for these conditions like smoking, poor diet, lack of exercise, and obesity.’

There are a variety of reasons for these issues arising among rural populations.

A rural American is 30 percent more likely to be living in poverty than someone who lives anywhere else.

People in poverty are much more likely to use drugs and alcohol, and are also more likely to have a poor diet, leading to other health problems like obesity.

More than 100 rural hospitals have closed since 2010, leaving a population with already sparse options for medical care with even fewer options. 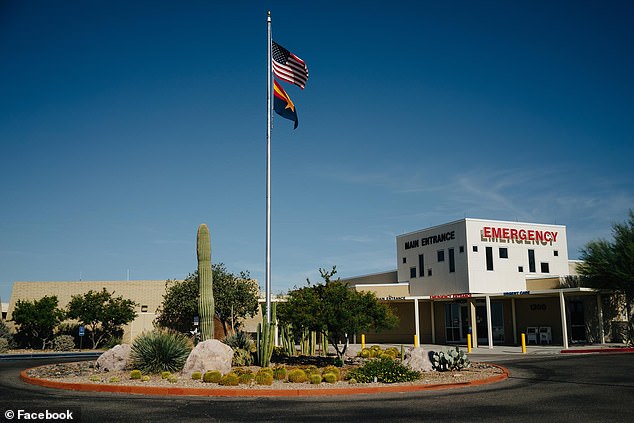 ‘A parallel crisis is the record number of hospital closures in rural areas, which will make solving this problem even more difficult with limited accessibility to primary and emergency care,’ Warriach said.

The COVID-19 pandemic, which was not examined as part of this study, exacerbated the issue, with 20 rural hospitals closing in 2020.

The researchers indicate that the pandemic likely made the disparities found in the study even worse.

Racial disparities in AAMR decreased over the past two decades.

Black people in both rural and urban areas have been living longer and are less likely to die from a chronic condition.

While there is still a gap, as white Americans are still less likely to die of these conditions than Black Americans, the gap across the country has been sliced in half.

Black Americans did suffer more heavily from the pandemic than white Americans did, though, so the results may look different for a study conducted that included last year.

The study was published in the Journal of the American Medical Association on Tuesday.

'It's a prayer': Packers holding out hope for an eventual Rodgers return

SARAH VINE: Damned for the teenage sins that will never be forgiven

Two women who claim they discovered they had been dating the same man for eight months...