‘Dementia means I am reconsidering how we train’, says Chelsea boss Frank Lampard

Lampard wants stricter limits on young players heading the ball in training, and admitted he was re-examining Chelsea’s training methods.

Other managers including Graham Potter, Dean Smith and Slaven Bilic echoed his thoughts on the need to unite and address research that proves professional footballers are three-and-a-half times more likely to suffer from dementia in later life. 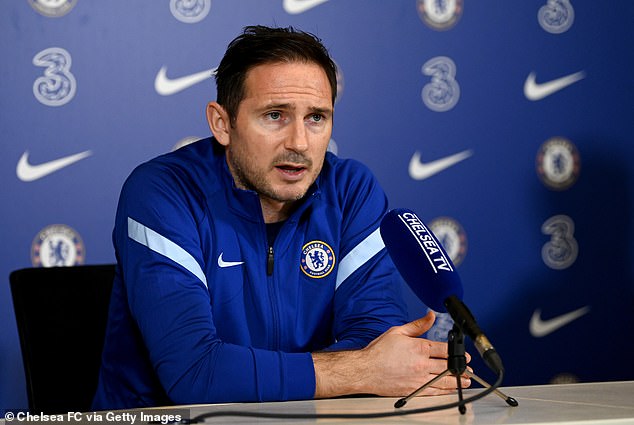 CONCUSSION SUB ON THE AGENDA

Discussions over an extra substitute for concussion will take place on Monday among the game’s lawmakers.

UEFA and IFAB are willing to accept trials on extra subs in the case of head injuries.

Experts have told Sportsmail that temporary subs would be best, as in our seven-point charter, but the push for a change in the rules is at least a step in the right direction.

‘We have to start with youth football,’ said Lampard. ‘The rules need to be stronger to make sure we’re not letting young children head it. They don’t need to. And in the developing years, that’s more than possible.

‘We can control the levels of training. I am not sure, technically, how important it is to overload training at that age, and if we now know there is a health aspect to it then we can control that.

‘I am certainly considering how we train here because of the seriousness of the issue.’

Lampard — who called for a ‘get-together of smart minds’ including ex-players and pros to establish a set of training guidelines — also wants to see modern football support those players from previous generations.

‘The eras they played through were not as advanced as ours,’ he said. ‘We have the research, the proper medical insights into potential reasons why dementia has affected these players.

‘We have to support them. So I am fully backing any movement that looks further into this, and firstly helps players of eras gone by who are suffering, and their families, and secondly looks at players now and to the future. 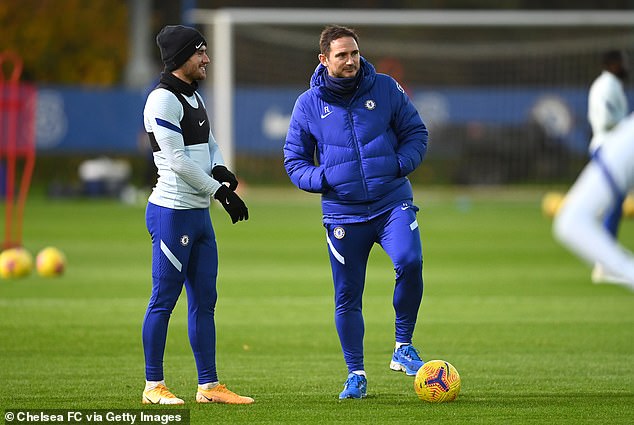 West Brom manager Bilic praised the work of Laraine Astle — the widow of former Baggies striker and dementia victim Jeff — to raise awareness of the disease.

Bilic said: ‘If they find out through the research that heading the ball 10 times during training is going to cause you dementia, then let’s stop it. Let’s find a way. The great thing going forward is they are talking about it and recognising it.

‘We are connected with this issue through one of our former players, Jeff Astle. His widow is a hero here and has done a brilliant job with his foundation. The FA have to do something. At least they are researching it and trying to find a way that the players are not that exposed and properly looked after. It’s important that they recognise it and are looking at it.’

Brighton manager Potter lost his mother to dementia last year and also called for more urgent research on its links to football. 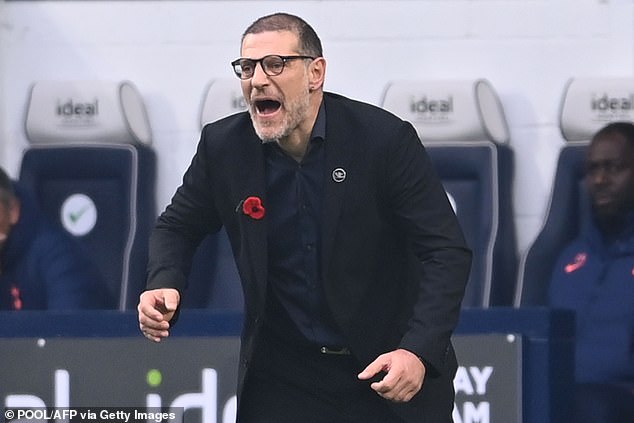 Potter said: ‘It is a brutal disease, it savages family and it is heartbreaking to witness. From my experience of dementia, there are so many unknowns with it that the more research we do, the more support that gets, the better.

‘We could be in a situation in 50 years’ time where we look back and think, “What were we doing that for?” The quicker we get those findings, the better.’

Aston Villa boss Dean Smith urged the football authorities to leave ‘no stone unturned’ in their efforts to reduce the risk of dementia for players.

‘We need to make sure there is no stone left unturned to find out whether there is a correlation between heading a football and dementia.’

Coinbase enables instant withdrawals in the EU and US

In Bulgaria, even doctors aren’t sure COVID-19 vaccines are a good idea