REVEALED: The delicious recipe for Woolworths mudcake TRIFLE you need to know about this Christmas – and it’s so simple anybody can make it

An Australian woman has revealed her incredible hack for creating the season’s best trifle – and it is ‘super easy’.

The dental student used a Coles mudcake and layered it with Aeroplane chocolate mousse, sweetened whipped cream with some Kahlua and Maltesers chocolate.

The amazing looking dessert was served in a clear trifle bowl which clearly showed off each layer. 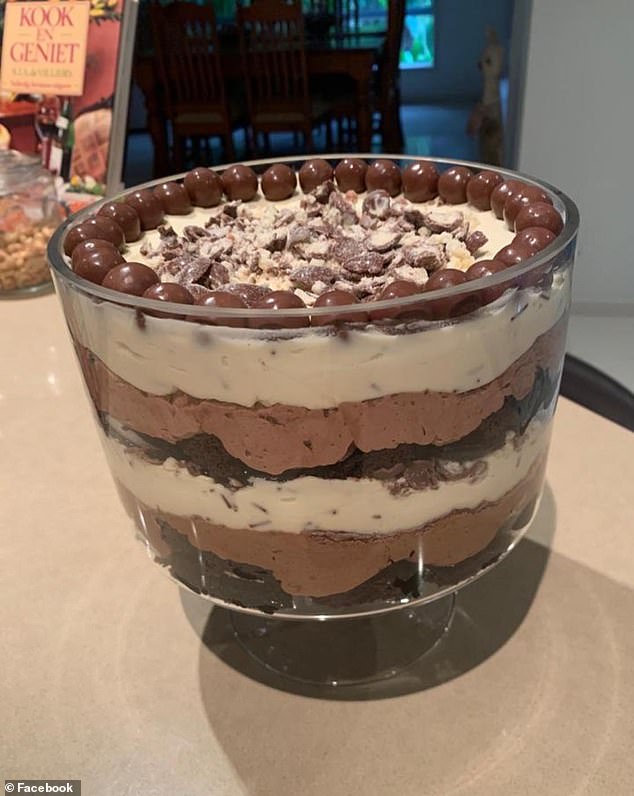 After a huge response to her initial post asking for some instructions on how to recreate the lavish cake the young woman revealed it was ‘the easiest dessert ever’.

She said she roughly cut the cake, leaving the icing on.

Then she made the mousse as instructed on the side of the packet before mixing crushed flake into it and putting it into the fridge for 10 minutes.

She whipped up the cream herself using icing sugar, vanilla essence and Kahlua.

She layered the cream, mousse and cake with some crushed Maltesers to add texture. 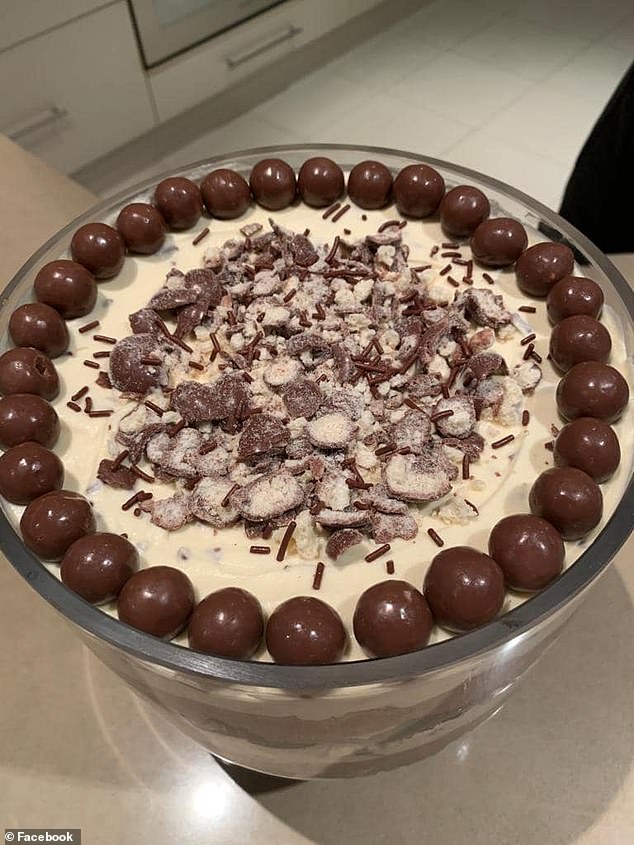 HOW TO MAKE THE CHOCOLATE TRIFLE AT HOME?

One cup of icing sugar

Take the chocolate mudcake and cut it into three layers, leaving the icing on. Then set aside and make the chocolate mousse packets as per instructions. Sprinkle in some extra Flake chocolate and put in fridge to set for ten minutes. Take cream, icing sugar, Kahlua and vanilla essence and mix until cream is thick and fluffy.

Take the chocolate mousse from the fridge and layer with the chocolate cake and cream. Put a layer of crushed Maltesers on top and then repeat the process for the three layers. 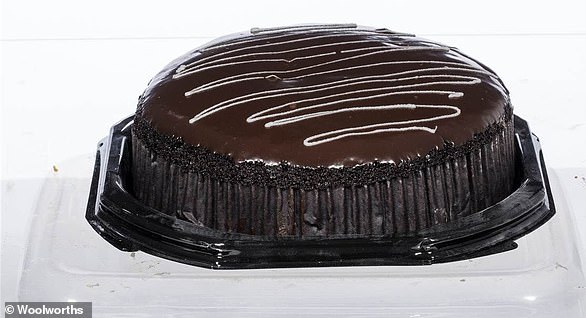 People commenting on the post loved the chocolate-focused take on the traditional dessert.

‘I am going to make this on Christmas day,’ one woman wrote.

‘I showed a picture to my husband and he didn’t even let me finish. He just said ‘you will be making that’,’ one woman said.

More than 3000 people reacted to the pictures of the dessert.