Depay: We didn’t play enough against Norway and De Jong is the only exception 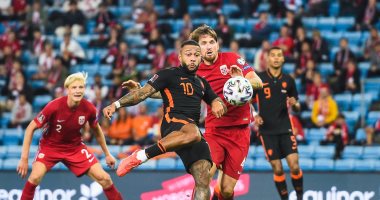 Dutch star Memphis Depay, the Barcelona striker, spoke about his country’s match against Norway, which was held on Wednesday evening and ended in a 1-1 draw, at Le Vale Stadium, as part of the fourth round of European qualifiers for the 2022 World Cup in Qatar. .

Depay said in televised statements immediately after the match: “The middle did not play and we did not press enough.” AndDepay added: “We made the spaces between the lines few, but on the other hand, there was no creativity.”

“Maybe we didn’t have the guts or didn’t work harder, we have the players needed for that, but more of them have to come,” the Netherlands striker explained. Depay stressed: “This applies to me and also to the midfielders, only Frenkie de Jong tried to play between the lines.”

Windows 11 gets a launch date. It's surprisingly soon