Dilapidated ‘labour of love’ Sydney terrace with crumbling windows, no floors and no KITCHEN hits the market for $1.68MILLION – but the buyer could double their money in no time

By Peter Vincent and Stephen Johnson For Daily Mail Australia

A partly dilapidated Sydney terrace that was ‘a labour of love’ for the previous owner has hit the market for a whopping $1.68million – but could net a small fortune for a keen-eyed developer.

The two-storey, two-bedroom, Victorian terrace in Darlinghurst looks like the stereotypical ‘renovator’s delight’ – the perfect candidate for a knock-down, rebuild.

And with prices in the Sydney property market expected to continue climbing, it could prove a strong investment – with experts predicting it could nearly double in value. 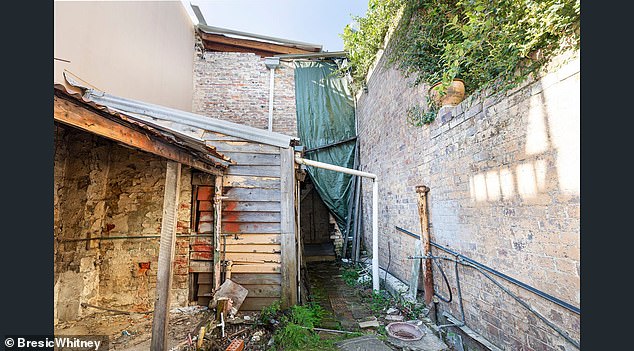 Shanty or a steal? 463 Liverpool Street is a two-storey Victorian terrace that is an ugly duckling but could also be a profitable project for buyers, It is up for sale for $1.68million but after a refurbishment could re-sell for up to $2.5million 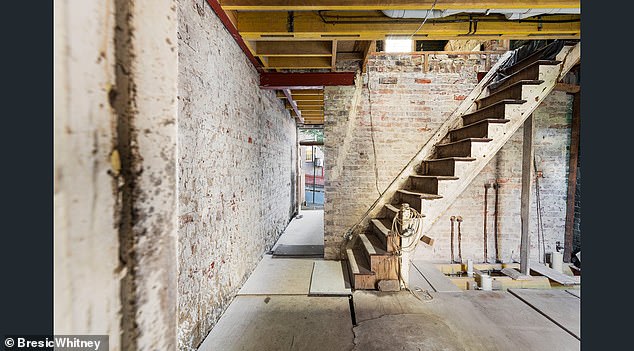 With property prices continuing to climb as unemployment falls, investors are buying houses in the hope of being able to sell for a huge profit in only a few years.

Australian property prices are set to rise by another $200,000 this year thanks to record-low interest rates.

A Finder survey of 40 economists and real estate experts expected house prices in Australia’s biggest city to climb by 21 per cent in 2021 as record-low interest rates encouraged borrowers to snap up property in a nation that has contained Covid.

The home at 463 Liverpool Street appears derelict from the outside, with crumbling internal windows and walls, no kitchen and a slum-like courtyard. 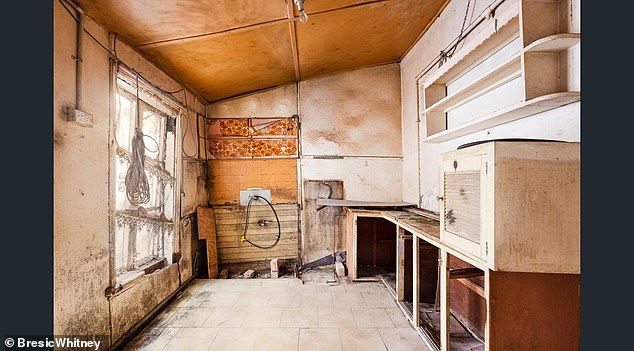 The house has no kitchen to speak of, let alone cook in. But with a major investment it could turn a big profit

The underlying value though is the 90 square metre block it is on, located just off Victoria Street, Darlinghurst.

But there is arguably more to this ugly duckling property to lift it beyond being yet another example of the overcooked Sydney property market.

The previous owner put an enormous amount of work into the inside the house,  helping start a refurbishment that – with considerably more work – could see the property flipped for around $2.5million.

‘He’s done a lot of work in the first two-thirds of the house, a lot of structural work plumbing and electrics,’ said selling agent Darren Pearce, of Bresic Whitney, Darlinghurst.

All of which would save an owner builder tens of thousands.

He was unable to complete the rebuild and had to sell.

The previous owner also secured a Development Application for a two bedroom, two bathroom home on the site. 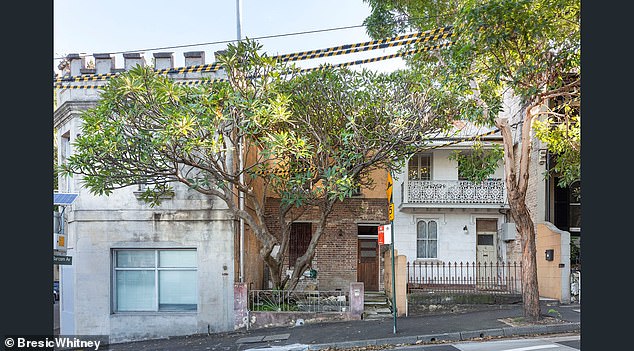 ‘Or you could get a Section 96 and remove the middle wall to open it up,’ Mr Pearce said.

A Section 96 is the common name for modification of a DA, though to be approved the property must remain substantially the same.

‘There’s potentially an opportunity for people to make some money if they undertake and finish off the renovation depending on what they do,’ he added.

‘It depends on quality of finishes someone puts into it, if someone wants to put enough work into it, such as put in a marble bathroom they could create a special home in a great location, or a builder could work on it and offer it back to the market.’

Mr Pearce said interest had been moderate, but he put that down to people reluctant to commit to the scale of the refurbishment needed.

The property doesn’t have a car space, but the owner can apply for a permit to park on the street.

The house is listed for auction on June 19.

Selling agent Darren Pearce said the property had some interest but buyers were aware of how much work it needs.

Hawks eliminate Knicks behind another big game from Trae Young

Are You Buying Or Selling Bitcoin, Know What This Popular Analyst Thinks! 2021

Traveling to the Maldives during Covid-19: What you need to know before you go

Antonio Rudiger says Germany will have to play 'a little dirty' to cope with Kylian Mbappe...