Design flops: Some of history’s most unusable objects go on display 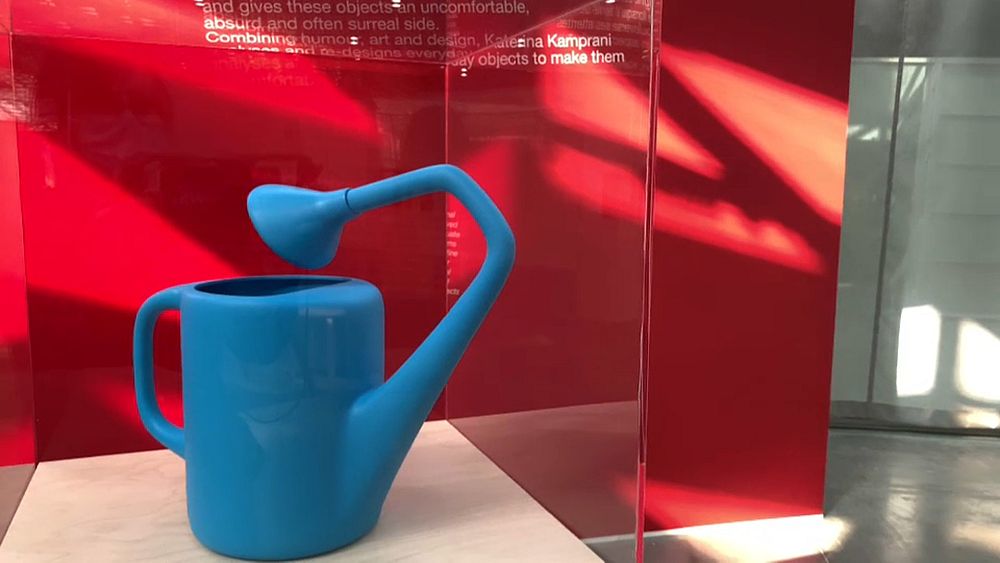 Impossible and improbable designs including a wavy pingpong table and Donald Trump”s Monopoly set are on display at an exhibition entitled: “Flops! When design gets mixed up” at the Cité du design in Saint-Etienne, France.

Due to French pandemic restrictions, the exhibition itself almost became a flop, until it was made available to visit virtually that is.

The exhibition has dedicated a section to the work of the Dadaist illustrator Jacques Carelman and his impossible objects.

These funny and absurd bits and bobs are devoid of any real purpose opting instead to evoke laughter and stimulate the imagination.

“With Jacques Carelman, it’s not about the gadget itself, it’s about humour, poetry. We’re in the surrealist’s world,” the exhibition’s curator, Sylvie Sauvignet, said.

“He makes us see the world differently. So a chair can be ‘French can-can’ or embedded with nails. Why not? Nobody ever thought of that – the trapeze artist’s bra, because she spends most of her time upside-down.”

Some of the objects are genuine design failures and, as Sauvignet explains, they can help take the sting out of talking about failure.

“To speak about failure is a serious topic. To fail, to flop – we usually don’t like it and avoid talking about it. So we decided to approach this topic with a lot of humour in this exhibition. We decided to de-dramatise failure” Sauvignet says.

“Because failure is necessary, it allows us to learn. Mistakes are priceless for creation or innovation, be it in design or other areas.”

Although the exhibition is strictly virtual for the moment pending the reopening of French museums, the organisers believe it’s just what the doctor ordered for the lockdown-weary public.