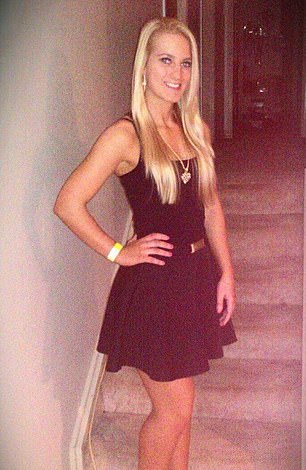 The final moments of a blind cheerleader’s life have been revealed after her boyfriend allegedly threw her off the balcony of a high-rise apartment block.

Breeana Robinson died when Jayden Moorea, formerly known as Dan Shearin, then-40, allegedly tossed the 21-year-old off the 11th floor of his unit in Southport on the Gold Coast on January 29, 2013.

After a six-year delay, the cruise ship entertainer was charged with murder and damaging evidence in 2019. The state coroner had postponed the inquest into her death in 2017.

Moorea appeared at a committal hearing in Southport Magistrates Court on Tuesday, where former neighbour Julie Carroll, who was watching a movie in her 11th floor apartment, said she heard screaming and crying on night of the tragedy.

‘I could hear the man, he was loud, yelling, and a woman was crying,’ she told the court, adding that the voices got louder the Daily Telegraph reported.

She testified that she did not see Ms Robinson, but heard a ‘high-pitched scream’ that stopped abruptly soon after the argument died down. 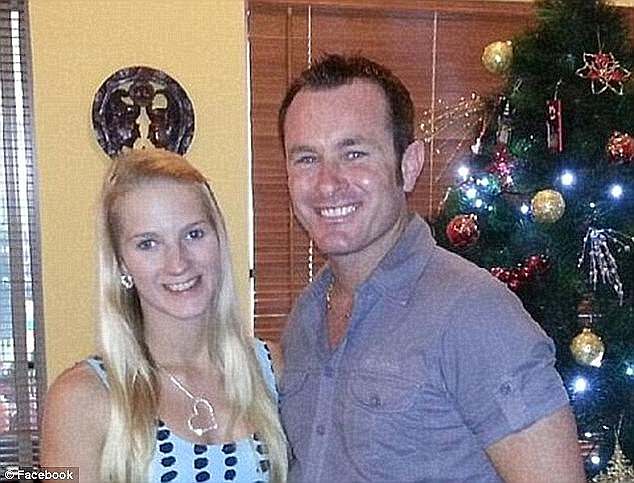 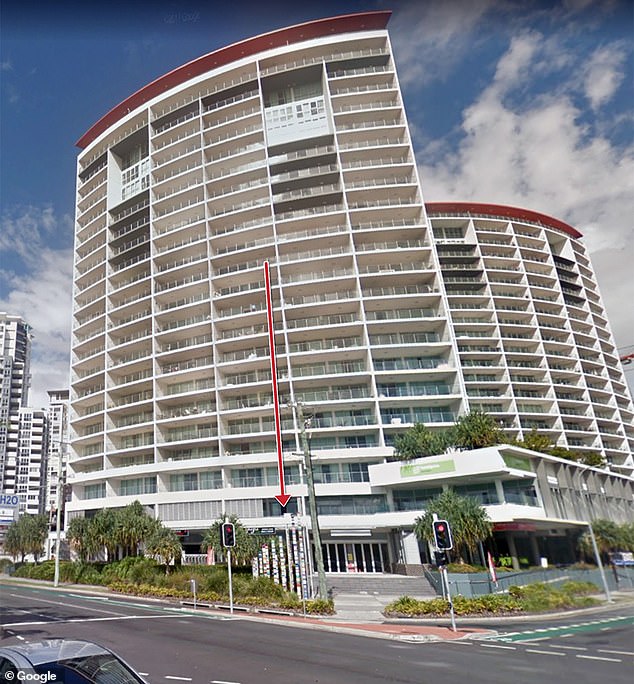 Gordon Cassidy, a security guard who was working at the H2O apartment block that night, told the hearing her heard Ms Robinson fall and saw her after she landed on a glass awning outside the foyer

Defence barrister Angus Edwards asked if the scream could have been cut off so suddenly because the woman hit a glass awning.

‘That’s what I believe is what I heard,’ Ms Carroll replied.

Dr Rebecca Adams lived a few floors above the couple and said thought someone had been hit by a car when she heard a loud noise and a thump.

When she looked over the railing, along with multiple others, she saw ‘blood pooling’ around Ms Robinson’s head.

The couple’s next-door neighbour Lisa Dunscombe insisted she heard no arguing, but heard a thud and what she described as a ‘release of breath’ while sitting inside her apartment. 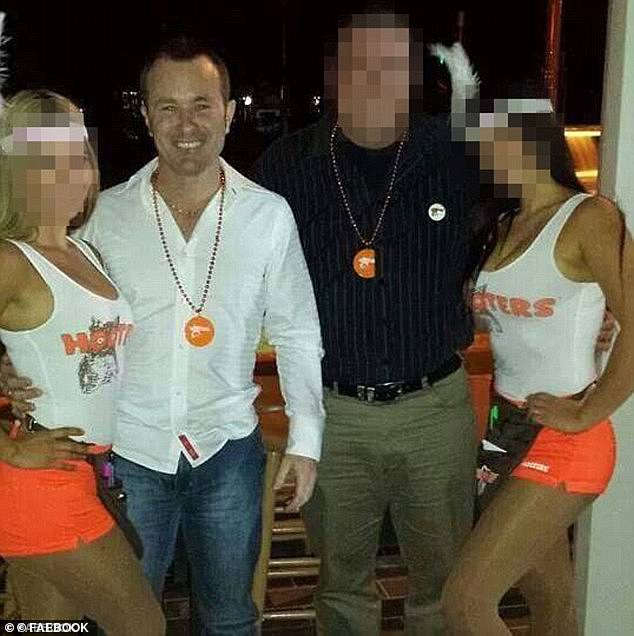 Dr Rebecca Adams lived a few floors above the couple and said thought someone had been hit by a car when she heard a loud noise and a thump. Pictured: Moorea with two waitresses 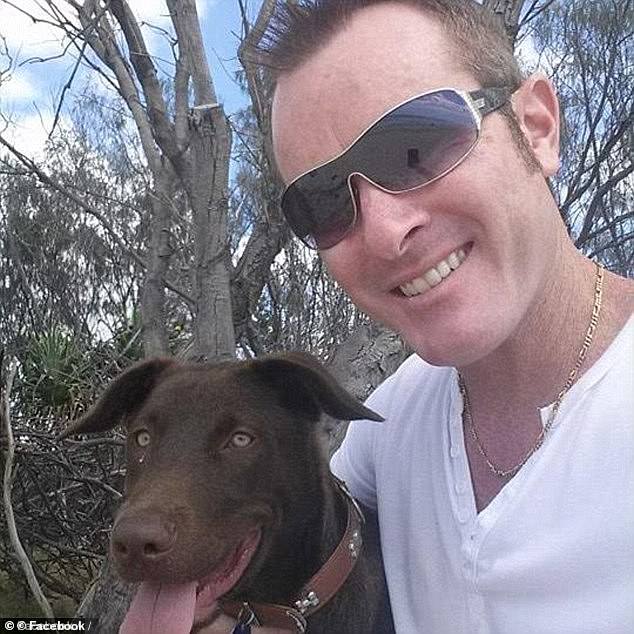 One witness said Moorea (pictured with his dog) seemed upset when he got in the elevator, struggling to do up his pants and use his phone

‘Because it was a foreign noise I went out to investigate … it wasn’t a normal traffic noise,’ she told the court.

Ms Dunscombe initially thought the young woman’s body was a mannequin, as though someone was playing a sick joke.

She also said Moorea seemed upset when he got in the elevator, struggling to do up his pants and use his phone.

Alan Walker was sitting on his balcony and heard an ‘oh no’ as an ‘object’ plunged past him.

The committal hearing will allow the magistrate to determine whether there is enough evidence to send Moorea to trial at the Supreme or District Court. 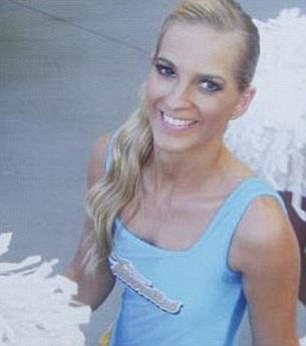 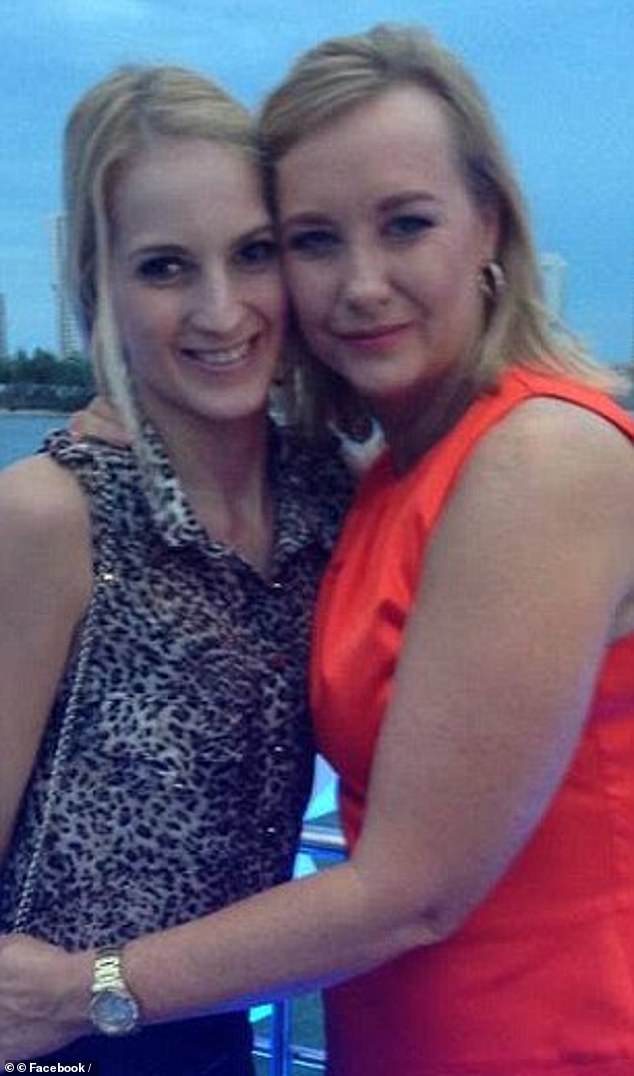 Moorea has denied the charges.

About 70 of Ms Robinson’s friends and former colleagues are expected to give evidence during the hearing.

The court was also played a Triple 0 recording of the phone call Moorea made on the night of Ms Robinson’s death.

‘We are down in the foyer, she has landed on the glass,’ Moorea said.

The emergency operator asked Moorea if his girlfriend was breathing and he said didn’t know as he couldn’t get to her.

Moorea was also heard asking if there was a ladder.

Gordon Cassidy, a security guard who was working at the H2O apartment block that night, told the hearing her heard Ms Robinson fall and saw her after she landed on a glass awning outside the foyer. 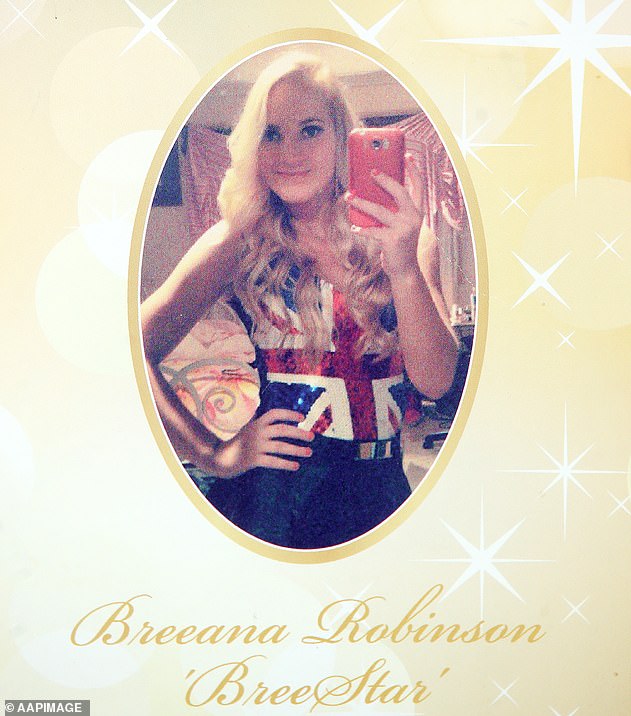 Mr Cassidy said he then accessed the awning where Ms Robinson was lying with Moorea and another man.

Mr Cassidy said the 21-year-old was still breathing so he moved her body away from the broken glass and began to perform CPR.

Mieke Pearce, who lived directly below Moorea, said she heard arguing on the night of the incident.

Ms Pearce told the court she heard a woman ‘yell out no’.

She had only moved into the unit five days before Ms Robinson’s death but heard the couple argue two or three times.

In a second Triple 0 phone call played to the court, Moorea said his girlfriend climbed over the balcony.

‘I went into the bedroom and she just ran onto the balcony and she has gone over the balcony,’ he said on the call.

This call was made before Moorea went downstairs and prior to the other Triple 0 call.

Has the EU's vaccine rollout lost its support among poorer countries?

Hillary Clinton says Putin may have known about the Capitol riot