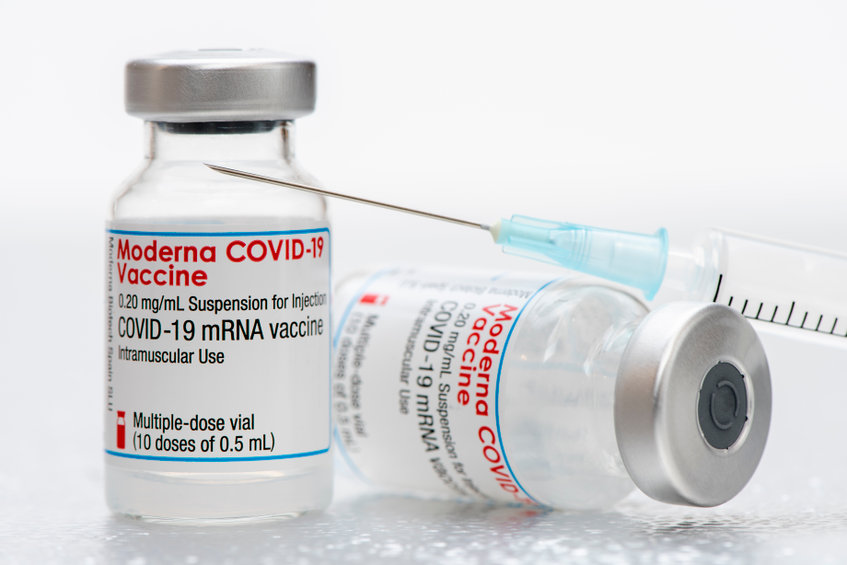 Moderna Inc (NASDAQ: MRNA) has been a darling for global investors amidst the pandemic. But it failed to maintain a similar reputation at Deutsche Bank on Friday.

In a note this morning, Deutsche’s Emmanuel Papadakis dubbed Moderna a “concept stock” as he assumed coverage with a “sell” rating and a price target of $250 that represents an about 23% downside from here.

The COVID-19 vaccine maker has ridden a wave of disruptive innovation, pandemic serendipity, and management vision (plus a little public funding) to become a concept stock whose valuation looks detached from a problematic assessment of reality.

His outlook contrasts Stephen Weiss’ who currently has Moderna as his largest position ever. Papadakis also initiated coverage of BioNTech on Friday with a “hold” rating and a forecast that the stock could slide about 10% in the coming months.

Moderna is expected to generate roughly $20 billion from its COVID-19 vaccine in 2021, and analysts expect its revenue to sustain next year on advanced purchase agreements worth $12 billion for its vaccine in 2022.

Papadakis, however, argues that Moderna will fail to support its current $131 billion valuation unless it continues to generate double-digit billions in sales from its COVID-19 vaccine or create an alternative revenue stream of similar magnitude.

Simply put, he says the prospects for Moderna in a post-pandemic world are bleak. The idea of booster shots does give some hope, but the kind of recurring revenue they’d be able to generate remains to be known.