A family who were forced to live in a shed after the devastating black summer of bushfires have lost their new home to wild weather.

Janet Donnelly, 30, from Bowraville, on the NSW mid north coast, had her home wiped out by ferocious fire in December 2019 and her new property smashed by floods this week.

She had been living in a shed with sons Braiden, 9, and Logan, 8, and saving up the bushfire relief funding they received to buy a new house before the paddocks began flooding and her water tank washed away. 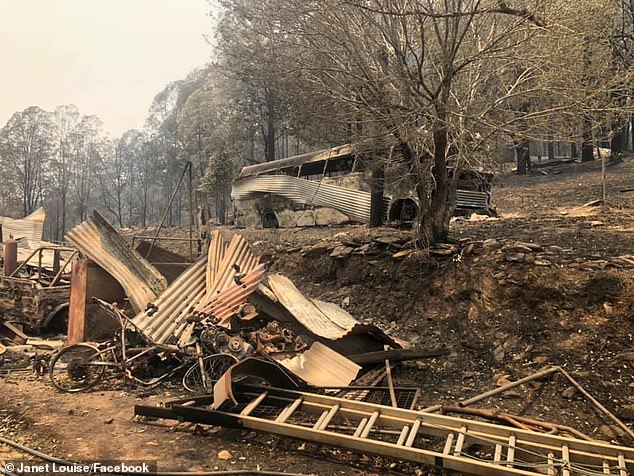 Mother-of-two Janet Donnelly, 30, had her home in Bowraville, on the NSW mid north coast, destroyed (pictured above) by devastating bushfires in December 2019 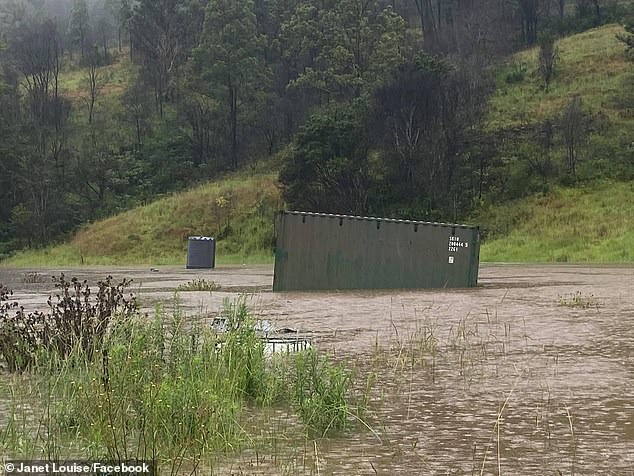 She was forced to live in a shed alongside sons Braiden, 9, and Logan, 8, to save up bushfire relief funding but their home was battered by wild floods (pictured) this week 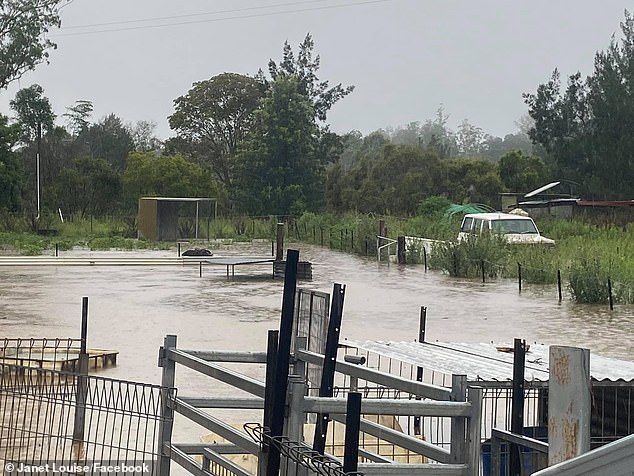 The wild weather (pictured above), which began on Monday, washed away Ms Donnelly’s water tank, solar batteries, hoses and flooded her paddocks

Ms Donnelly said living in the shed had been ‘rough’ even before water began taking over their home on Monday.

‘It’s been very challenging, one of my sons is autistic so he’s had extra struggles, but both the kids have been going through some tough stuff,’ she explained.

‘It’s hard watching your mum fighting for help I guess.’

Ms Donnelly said their family had been aided by charity organisations while they struggled to rebuild their home.

‘We’ve received help from Red Cross and Salvation Army, both of those guys have been in our community,’ she said.

‘We’ve been slowly replacing items we lost or need and due to still cleaning up we’ve had to store some items down in the front paddock.’ 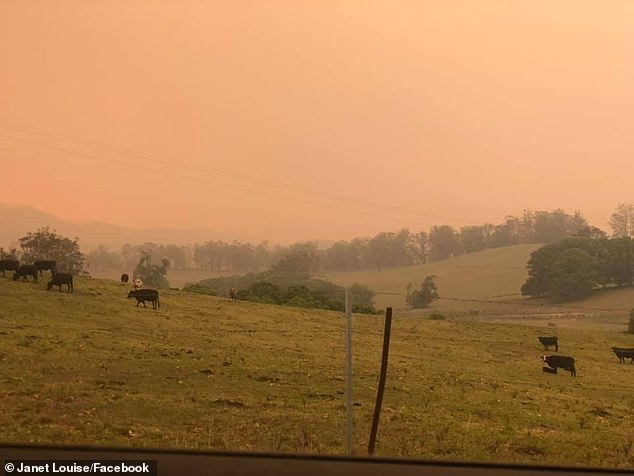 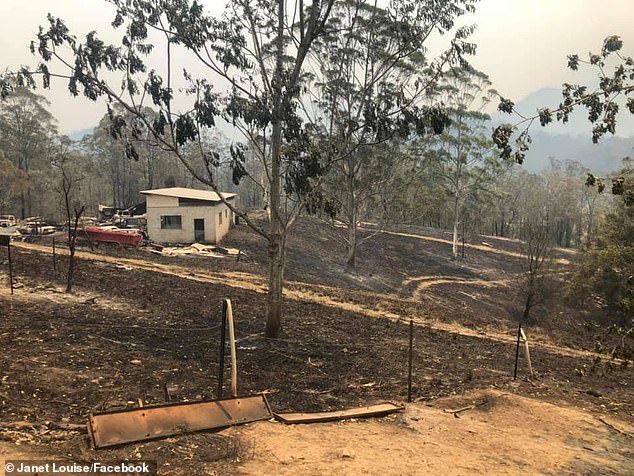 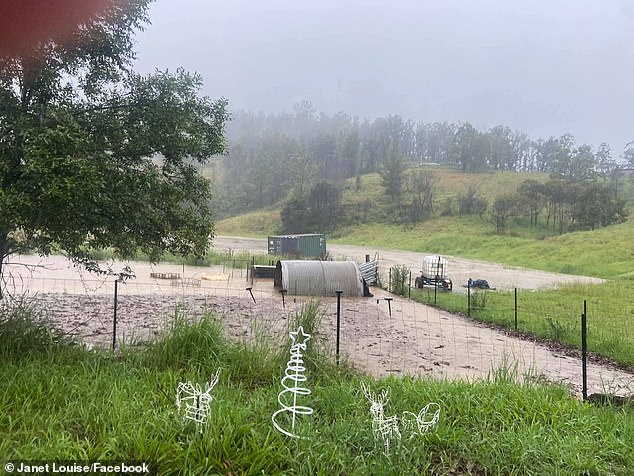 The mum-of-two was taken by surprise when water began to wash their precious possessions away.

‘Out of nowhere the creek came up while I was next door making phone calls, I raced home and the entire paddock was under,’ she said.

‘The water tank started floating away, along with the shipping container (which had our possessions inside). I managed to save the water cart but couldn’t get to the others.

‘The worst part was that feeling of not knowing if it was going to get worse and get higher or start dropping.’ 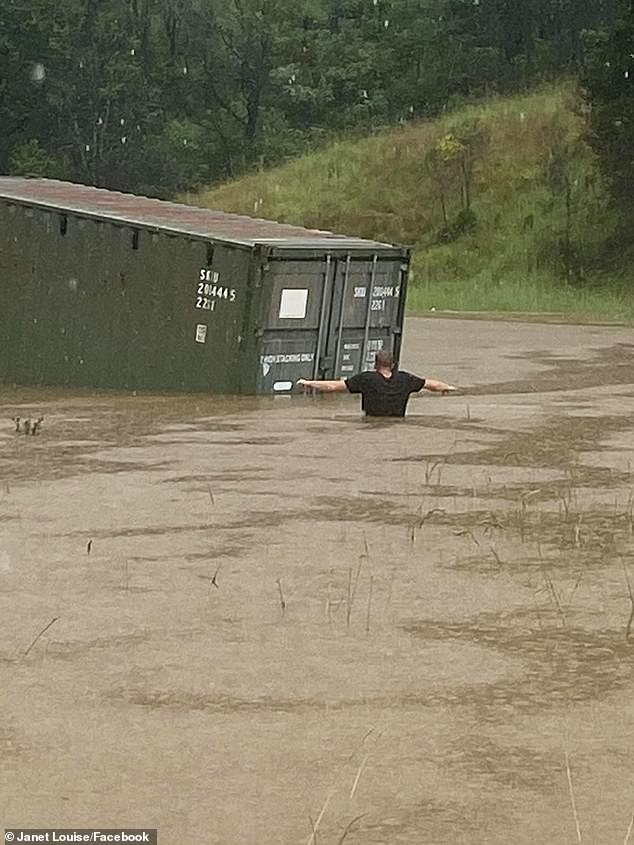 Ms Donnelly has still not been able to assess the full extent of the damage.

‘The water tank completely washed away and the kids spotted it about 2km down the road,’ she explained.

‘Our quad bike also went under, the water fittings and hoses have been washed away and our solar batteries.

‘I haven’t been able to get fully into the paddock as it’s still too wet.’

Anglicare in Grafton have contacted Ms Donnelly and offered to replace their lost water tank.

For now the family must ‘wait it out, assess, and just replace what we can’. 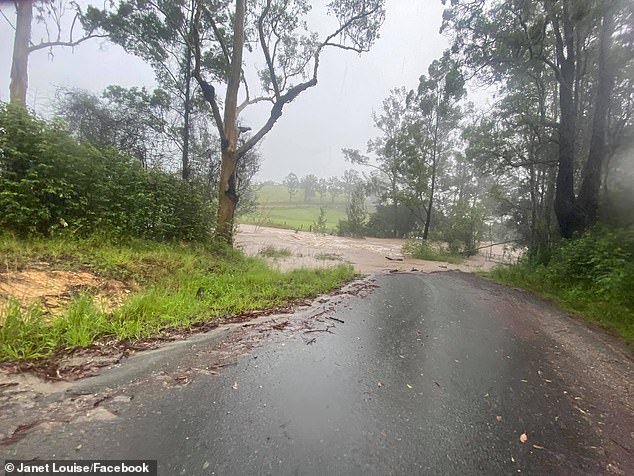 Ms Donnelly said the family would ‘wait it out, assess, and just replace what we can’