The step-children of an elderly woman who promised her $16million waterfront estate to them in her will have hit out a court ruling that meant the property was given to her neighbours instead.

Barbara Murphy had left two properties in Birchgrove in Sydney’s inner-west to her elderly brother and sister before she died at the age of 83 in 2015.

The 83-year-old had tweaked the will before her death to leave her neighbours David Moore and Dee Andreason $25,000.

But Mr Moore and Mrs Andreason claimed Mrs Murphy had actually agreed to give them her entire estate in return for the couple agreeing not to build an extension to their home that would block her view of the harbour.

The New South Wales Supreme Court in October sided with the neighbours and ordered 66 and 68 Louisa Road be signed over to them – thought to be worth $16million together. 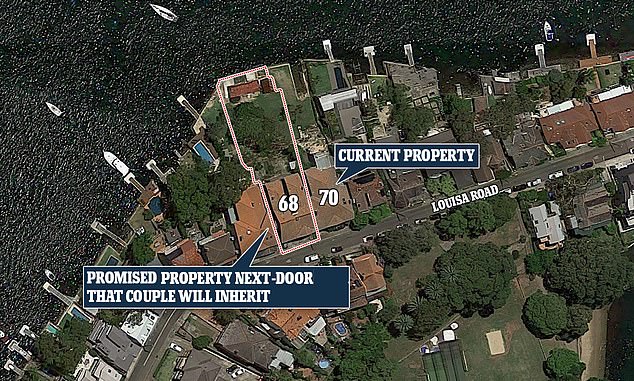 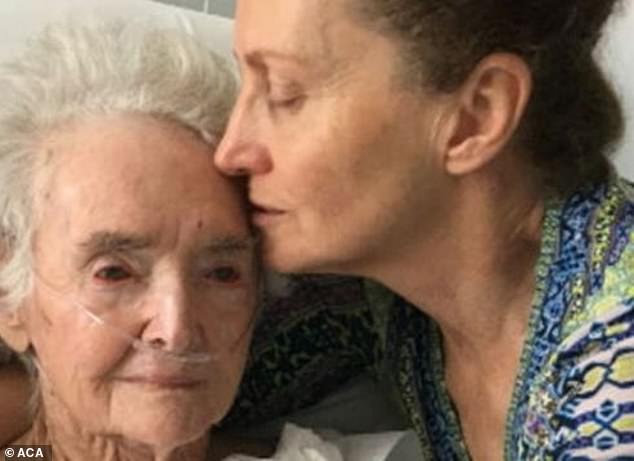 Ms Murphy pictured left. Her step-children have hit out a court ruling that honoured the agreement between the 83-year-old and her neighbours rather than give the $16million estate to her siblings

Part of the deal had also involved Mr Moore providing care for Mrs Murphy in her old age, a stipulation the court said he fulfilled.

The step-children of Mrs Murphy’s sister Marion – who believe the house would have been passed down to them – said they were ‘gobsmacked’ at the court decision.

‘All she wanted to do was to provide for us, so she was very happy to pass on some of that inheritance to her step-children,’ one of the relatives Shirley Archer told A Current Affair.

Another of the step-children, Carol Gaarde, said she was not financially wealthy and the money could have allowed her to retire comfortably.

‘I’m not very well off. I don’t have a lot of money to retire. I’m probably going to be eating dog food. I mean we should have got some of that,’ she said. 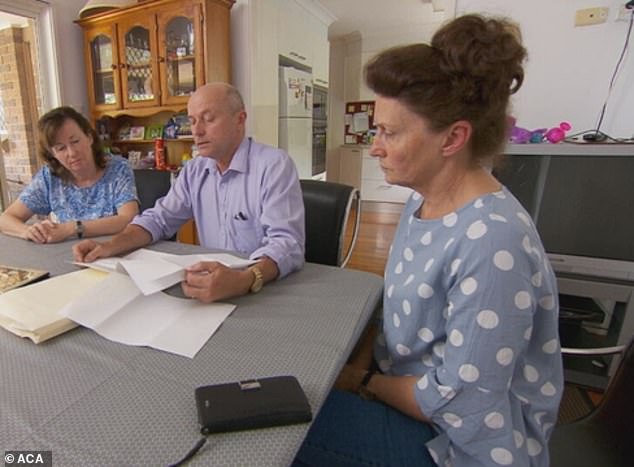 ‘We were told that really it was a will and it was not going to change you know and yet this happened, it was just unbelievable.’

Mr Moore declined to speak on the issue when approached for comment.

One of Mrs Murphy’s other neighbours Bev Maunsell – who had lived across the road from her for more than 30 years – previously told Daily Mail Australia she was shocked at the ruling.

She said she does not believe being the couple’s actions warranted getting someone else’s home. 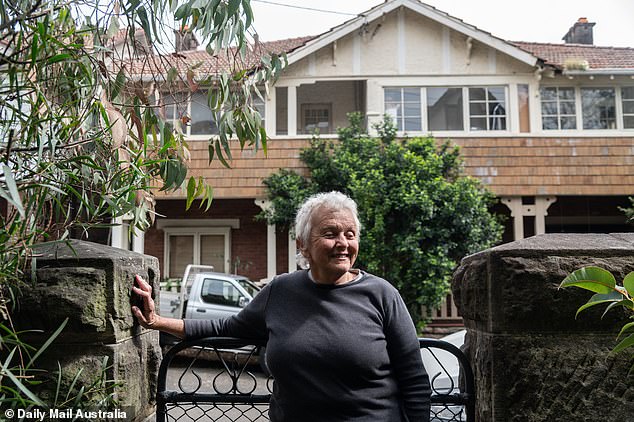 ‘She was an amazing woman. She used to mow the lawns for all the houses along there and all the able bodied men used to give her money for petrol, including Mr Moore.

‘He organised some people, apparently from his church, they came and looked after her superbly,’ he said.

‘I would’ve thought you may give them a little bit, sure, but not the whole estate.’ 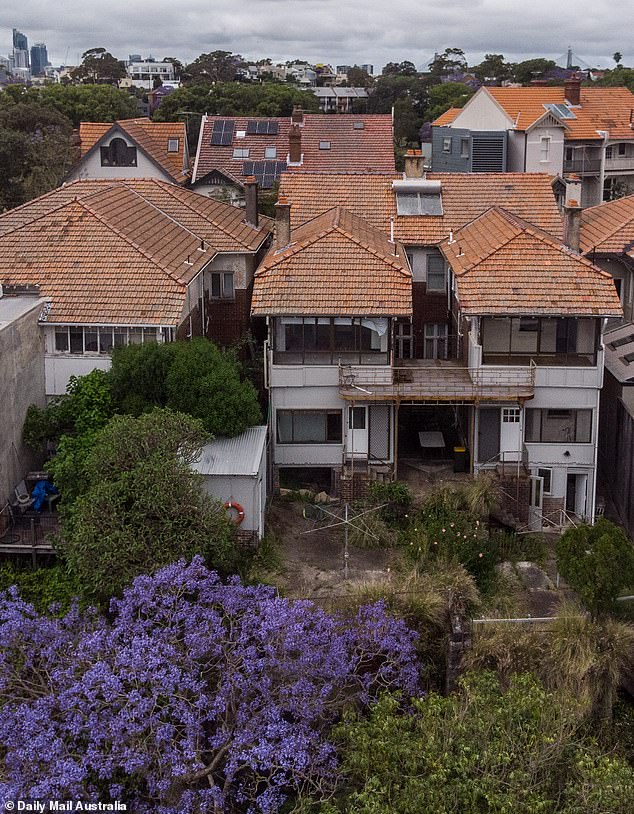 A general view of 66-70 Louisa Road, Birchgrove, which became a battleground over Ms Murphy’s will 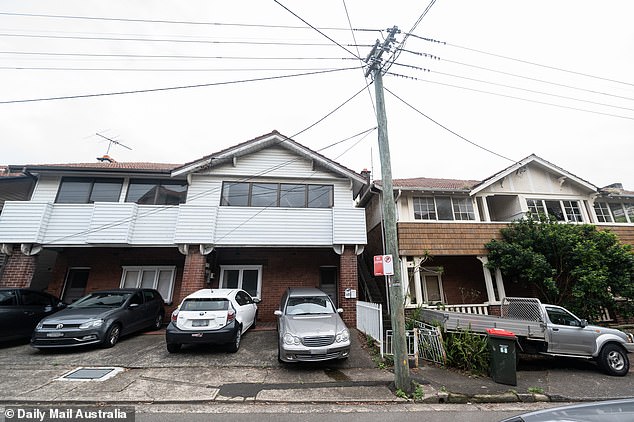 The NSW Supreme Court has ruled ownership of the two properties on the left should be given to David Moore and his partner Dee Andreasen, after they were promised to them by their old owner Barbara Murphy when she died

Mr Moore told the court his elderly neighbour praised him and his partner and said they had been ‘so good’ to her over the years.

‘I want you and Dee to help me to stay living here,’ Ms Murphy said, according to Mr Moore’s evidence in court.

‘Will you help me to do that as I get older? I will see to it that in my will everything goes to you and Dee when I am gone.’

Mr Moore promised he would take care of Ms Murphy and ‘look after her’ as she got older, he told the court.

‘We are sure that we can figure out a way that we can renovate without building out your view,’ he said. 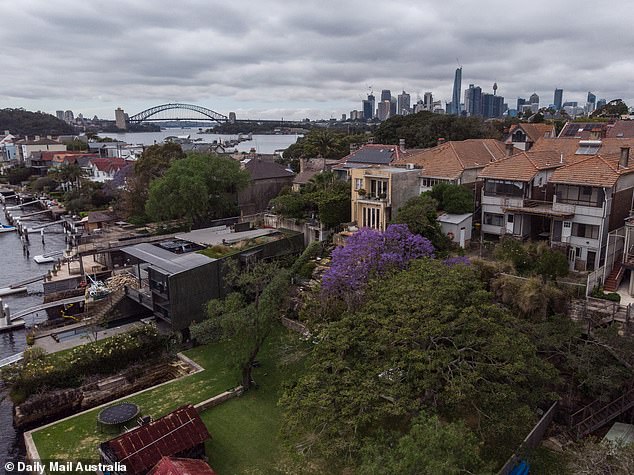 ‘Then if you leave everything to us in your will, we are very happy with that.’

Just a year before her death Mr Moore took Ms Murphy to see her solicitor to get a new will but was horrified to discover that the elderly woman had not included him.

Instead, she left almost her entire estate to her brother and sister equally and if she outlived them, the money was to go to two Sydney hospitals.

After Ms Murphy’s death, Mr Moore contacted his lawyer saying he was ‘unhappy’ he had been left with $25,000 when he had been promised the entire estate.

Ms Murphy’s sister was also surprised she inherited so much property since she was told the estate would go to the neighbours, the court heard. 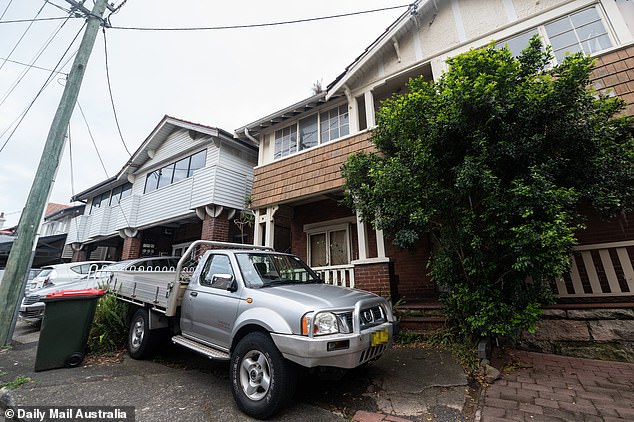 When Mr Moore and Mrs Andreasen purchased 70 Louise Road in 1999 it was regarded as the ‘worst house in the best street’, the court heard

Her brother also admitted he had no interest in the property as he did not know how much it was worth.

Mr Moore visited Mrs Murphy’s siblings – both in their 80s at the time – and asked for both of them to give up their share to him.

Both refused, to which Chief Judge Ward said she was ‘not surprised’.

‘That to my mind was surprisingly optimistic, though perhaps I am too cynical’, she said.

The court heard Mr Moore and Ms Andreasen decided to take legal action because they had kept their side of the agreement.

Chief Judge Ward ruled she was satisfied there was a ‘clear representation by the deceased to the effect that, if the plaintiffs looked after her (in the way in which Ms Andreasen had been looking after her own mother), so that the deceased could stay in her own home for as long as possible, then the deceased would leave the Louisa Road properties to them’. 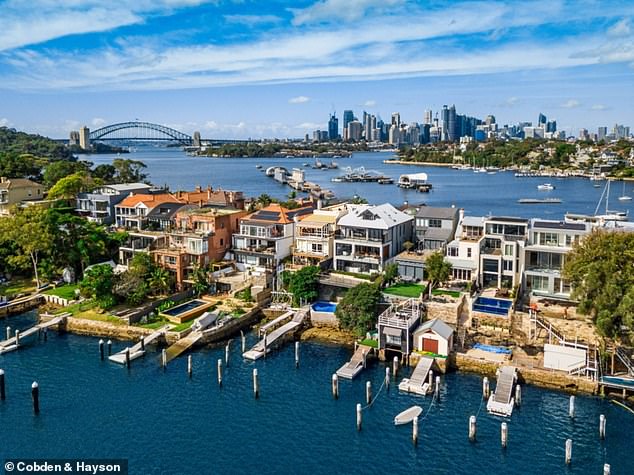 In return, the couple told the court Ms Murphy would leave them her entire estate, including two properties worth millions at the time (Birchgrove pictured)

A fire at the Tesla Factory in California