Di Maria reveals his favorite nickname for Messi.. What bothers the flea the most 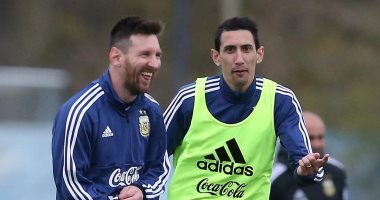 The Argentine, Angel Di Maria, the star of the French team, Paris Saint-Germain, confirmed that he is proud of his compatriot and new teammate, the legendary Lionel Messi, in the ranks of the Parisian team.

“We are the first two to get to training, I usually arrive a few minutes early and then he arrives for breakfast and has some friends,” he added from the current Argentina national football camp.

And about the favorite nickname he gave to his friend Messi: “I always called him a dwarf, not at the beginning, but when we gain confidence, yes, as Fedi told me, and I tell him so and he stayed for years and will always be the same.”

Regarding the factors that cause Messi’s discomfort, Di Maria admitted that the worst option would be to treat him differently. The people he treats best are those who treat him as equals.”

He continued: “If you treat him as a foreigner, it seems that he is outside that bubble that we are in, and this does not like him, he prefers to share simple things like eating grilled meat, having friends, having fun and laughing, he is the best in the world, but at the end For us he is Leo, the dwarf and we treat him the same way.”

Protein, collagen and vitamins.. All you need to know about the benefits of "bone" soup

Prince William, Kate Middleton and their children spend 'special' week in Balmoral with the Queen