‘We didn’t see him too much tonight’: Didier Deschamps hails his France side for keeping Cristiano Ronaldo quiet as the World Cup holders are held to goalless draw by Portugal

Didier Deschamps has lavished praise on his France side after they were able to shut out Cristiano Ronaldo in their goalless draw with Portugal.

The Juventus talisman could only muster three attempts on goal during the Nations League clash between the world and European champions, and was even caught openly venting his frustration.

The drab stalemate saw holders Portugal top their group on goal difference despite having failed to break the deadlock in their last two fixtures. 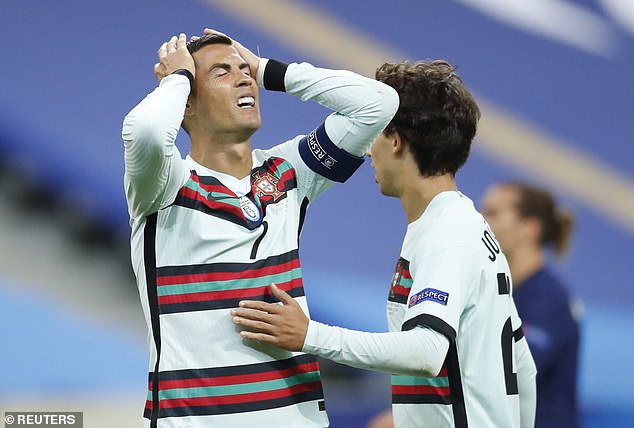 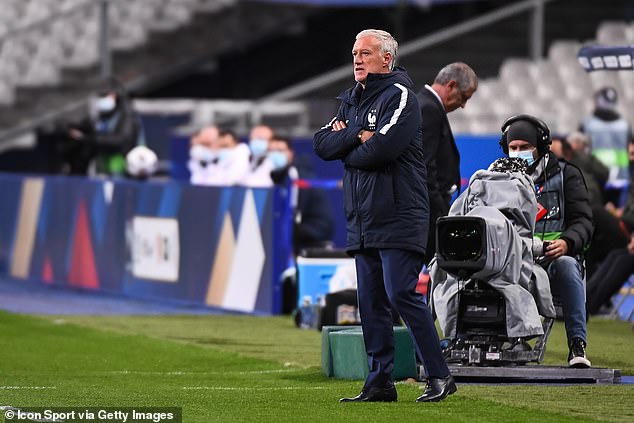 France, meanwhile, were able to tighten up at the back and clinch a clean sheet – leaving Deschamps to highlight that Ronaldo, unsurprisingly their opponent’s biggest threat, was nullified superbly.

He told M6 in his post-match media duties: ‘We can always do better, then there is the quality of the opponent too.

‘They take precautions like us, with respect to the players opposite like Cristiano, who we didn’t see too much tonight.’ 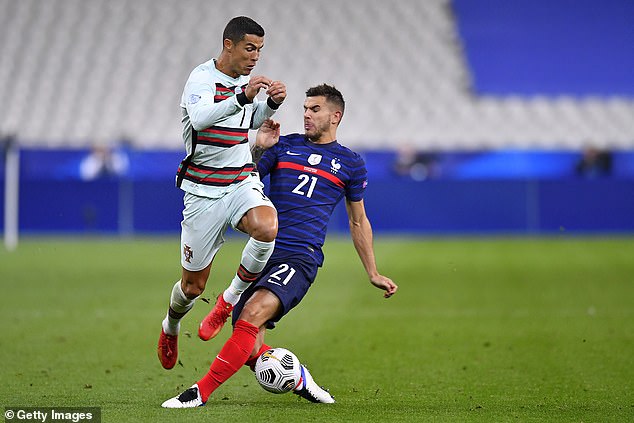 Lucas Hernandez denied Ronaldo from netting in the first half with a well-timed sliding block, and the 35-year-old was later angered after Joao Felix skewed off target with his team-mate waiting to pounce.

The share of the spoils forced France into second place in League A Group 3, and Deschamps admitted that his team will need more cutting edge to have any hope of reaching the next stage.

‘Sometimes the movements are not good, sometimes the pass comes a bit late too,’ he added. ‘The defensive sector and the midfield performed quite well.

‘In the last phase, we have to do better to be able to win the match even if it could have been on a set piece like they also had. 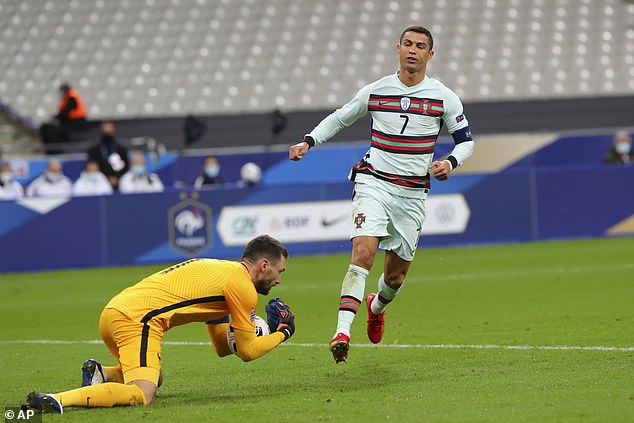 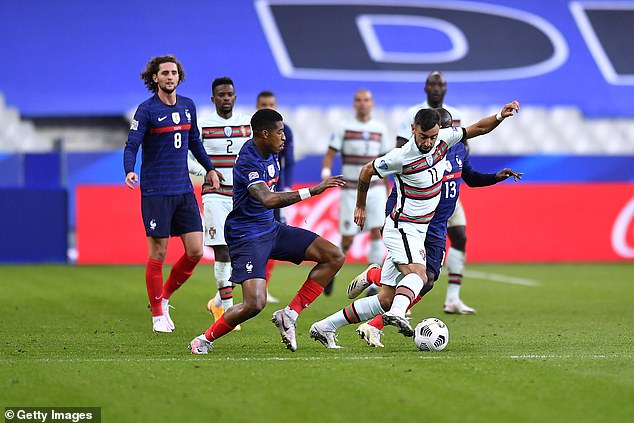 Bruno Fernandes was also marshalled by the hosts in front of 1,000 fans at the Stade de France

‘I knew Portugal were a great team, we saw that tonight. It’s better when there are goals, but hey, there is quality and not just offence.

‘A solid game, fairly tactical, I think we were better in the second half. We had more control but few opportunities on one side and the other. There is quality on both sides, it could have changed.

‘I think we took the upper hand in the second half, but without succeeding in creating a lot of shifts as they on their side created very little too.’

A total of 1,000 spectators were allowed into the Stade de France, which holds a capacity of 80,000, due to coronavirus restrictions in the country.