The dream of reaching fitness, overcoming obesity, getting rid of fat and excess weight, is a dream that many people dream of, and in order to achieve it, we follow many diets to lose weight, and among those regimes is the diet The food pyramid is on the throne of those effective diets, which are able to reap its fruits in record time without deprivation, or your body being affected by the loss of important vitamins and minerals, according to the “Healthline” website. 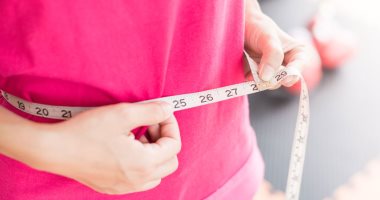 The food pyramid diet is based on dividing your meals throughout the day, through 5 layers, which are:

The first layer “base of the pyramid”

Include whole grains, carbohydrates, and foods rich in starch, such as rice, pasta, and breakfast cereals

It consists of vegetables and fruits where you can eat vegetables at any time of the day, or between the three meals such as lettuce and cucumber, and it is allowed to eat twice a day such as apples, pineapple and oranges.

It consists of proteins and includes red meat, poultry and fish, but it must be cooked in healthy ways.

Consists of dairy products, as they are a good source of calcium, such as low-fat yogurt and cheese.


Fifth layer “top of the pyramid”

They are sweets and sugary foods, but they must be eaten in specific portions.

1. Drinking a lot of water, it is necessary to eat 2 cups before each main meal.

2. It is allowed to eat a small loaf of whole wheat bread.

3. You can eat fruits in specific portions as “snack” snacks throughout the day, such as apples.

4. It is allowed to eat boiled eggs during breakfast.

5. Eat two tablespoons of sugar in your daily drinks such as coffee and tea.

In the manner of the movie "Cast Away"...Rescuing two men who have been lost in the Pacific Ocean for 29 days

10 daily habits that you practice unconsciously that destroy your health, the most important of which is browsing social media