Dig for pig: Lion claws through mud for seven hours to uncover a warthog hiding in its burrow


Going the hole hog: Lion claws through mud for seven hours to uncover a warthog hiding in its burrow

A lion determined to have warthog for dinner spent seven hours clawing his way through mud to uncover its prey which had been hiding in its burrow.

Incredible pictures show the male African lion, caked in mud, pawing away at the ground to try and dig out the concealed 165lb warthog.

After the impressive effort, the warthog attempted to flee from its burrow but the lion, determined not to let its hard work go to waste, grabbed hold of the animal by the neck and killed it – before devouring it in five minutes.

Warthogs often steal burrows from other smaller animals such as aardvarks rather than wasting time digging their own holes.

The burrows are used as shelter to sleep safely in during the night, as well as to act as protection for their young from predators.

The baby animals will normally be allowed to enter the burrow first, with the mother warthog entering backward so she can spring out and try to face off against an predators who come too close. 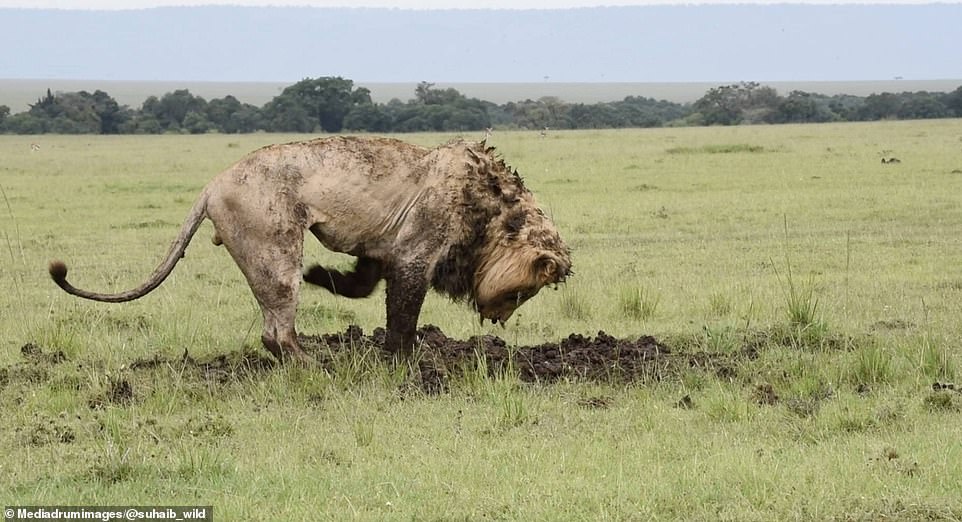 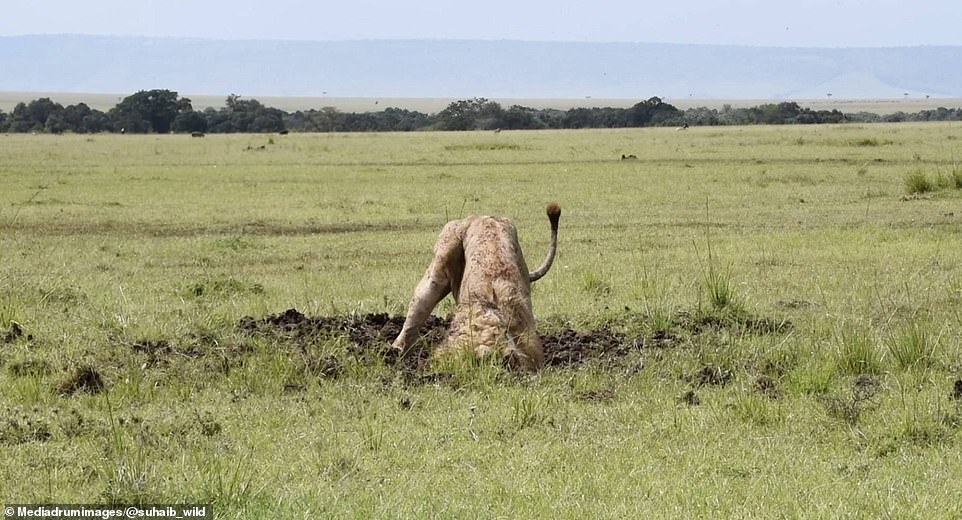 With the 165lb warthog firmly dug in beneath the ground, the lion had to dig fairly deep in order to unearth the hiding animal 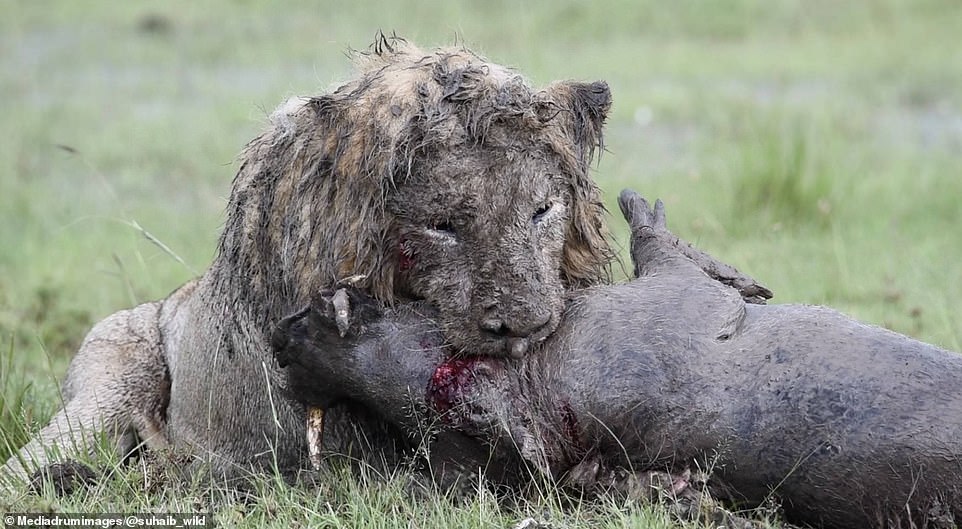 Having successfully uncovered the hiding warthog, the victorious lion, completely covered in mud, killed its prey and began tearing away at the flesh 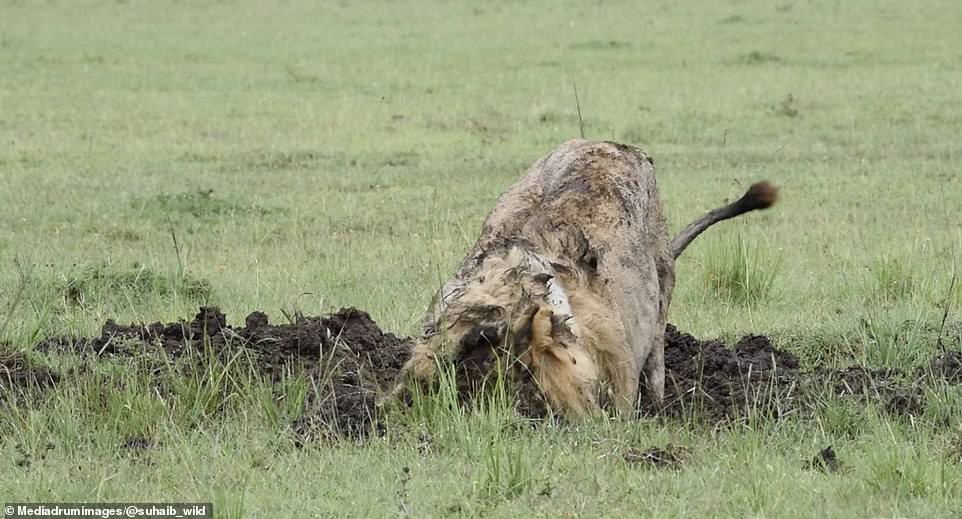 Warthogs use burrows for a number of reasons, such as defending themselves at night time from predators, but also to shield their young 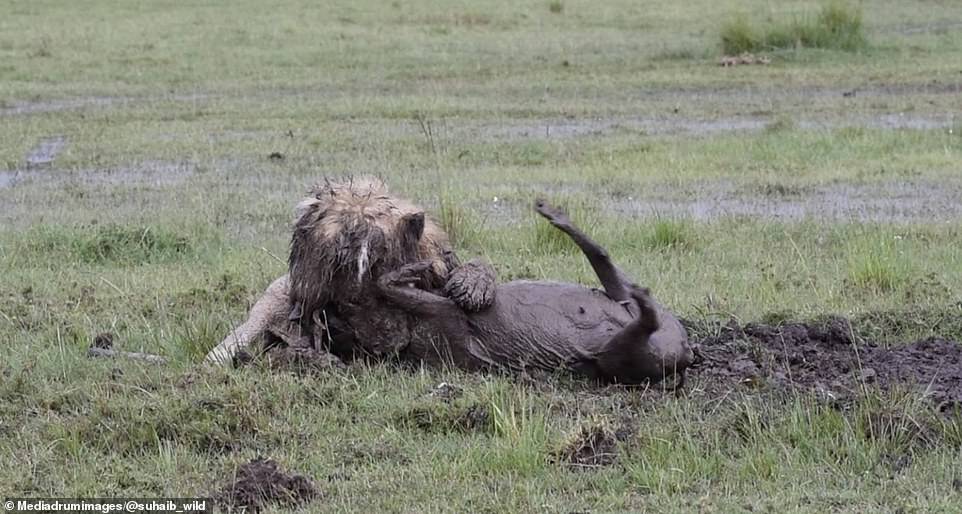 Both the lion and the warthog are covered in mud as the lion pins its prey to the ground. The warthog had attempted to flee from its burrow when the lion got close but was unsuccessful 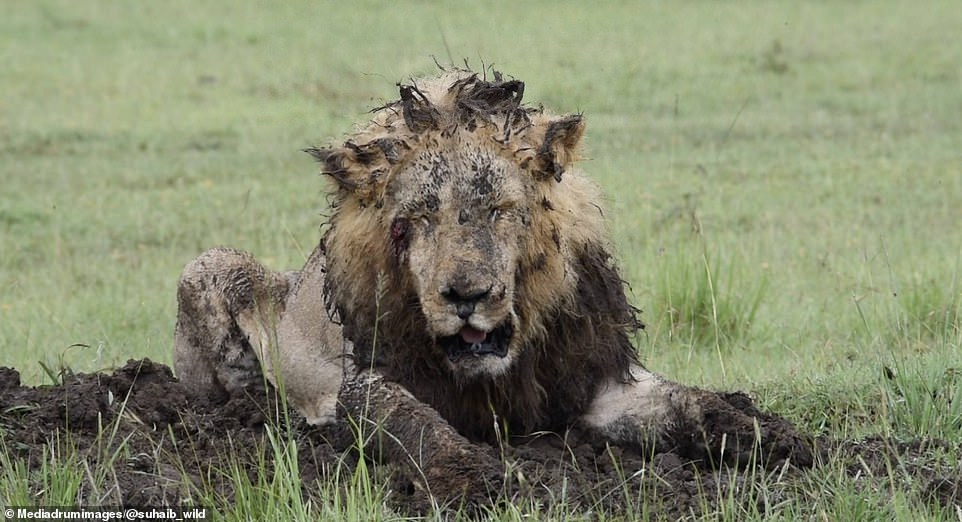 The face of victory: After a long day of digging, the lion lies down on the ground and chows down on the freshly dug up warthog 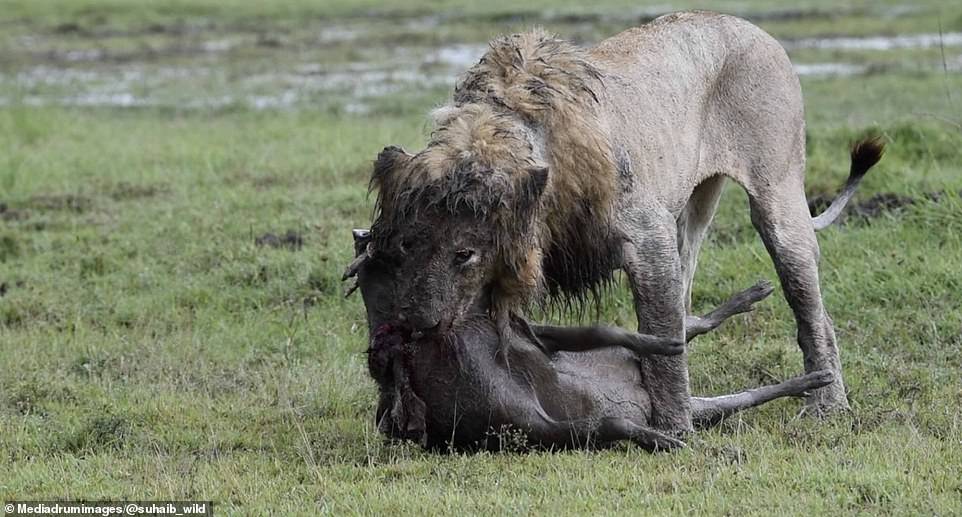 When the warthog had attempted to flee, the lion had grabbed hold of the animal by the neck and killed it

Did YOU fall for any? The very best of today’s April Fools jokes

Did YOU fall for any? The very best of today's April Fools jokes