‘He’s a coward and a disgrace’: Dillian Whyte slams Deontay Wilder after he accused Tyson Fury of cheating in both of their fights as he claims Bronze Bomber may RETIRE because of ‘the way he’s acting and blaming everyone’

Dillian Whyte has slammed fellow heavyweight Deontay Wilder, calling the American a ‘disgrace’ because of his refusal to accept his defeat by Tyson Fury.

Wilder made headlines again last week when he offered up more excuses for his loss to Fury in Las Vegas in February 2020.

The Bronze Bomber’s most recent claim was that the Gypsy King loaded his gloves and is now running scared of a trilogy clash. 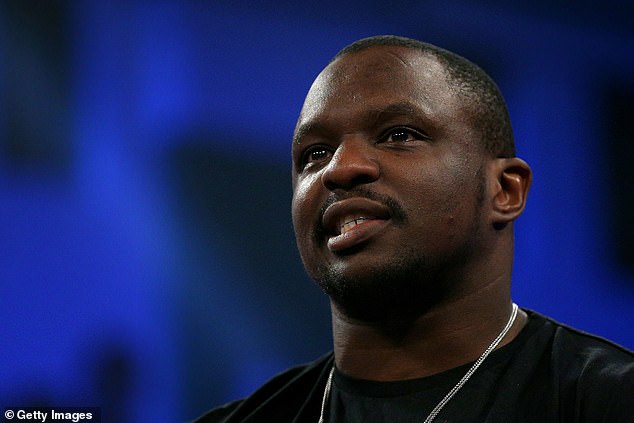 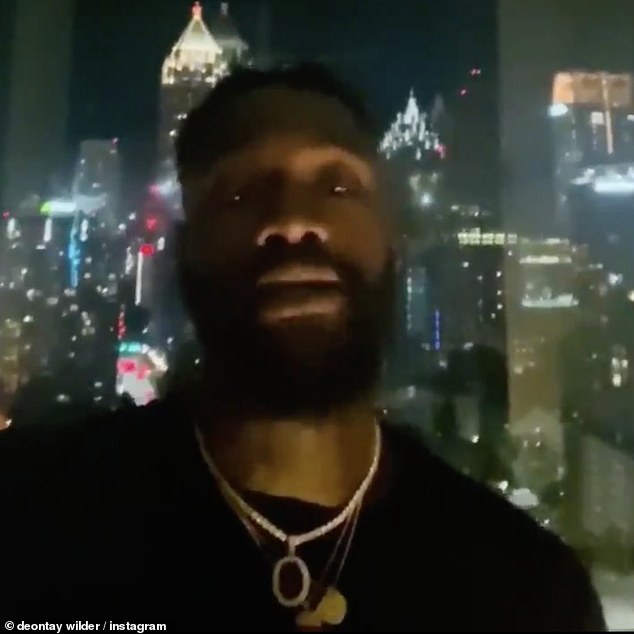 Last week, Wilder accused the Gypsy King of cheating by putting egg-weights in his gloves

Wilder claimed Fury put ‘something the size and shape of an egg-weight’ in his gloves, which left a dent in his head.

But Whyte, who is due to have a rematch with Alexander Povetkin in November, is having none of Wilder’s excuses and hit out at the American and even predicted he could retire soon.

In an interview with Sky Sports, he said: ‘This guy is just a disgrace. I don’t think we’ll see him in the ring ever again.

‘He’s a coward and a disgrace.’

Asked to add to his retirement claim, Whyte said: ‘Yeah, I think the behaviour he’s shown and the way he’s acting and blaming everyone apart from himself, and getting rid of the only person who knows anything about boxing – it’s weird.’

He continued: ‘I’m not that way inclined, I didn’t give one excuse after my defeat, I just said “let’s run it back”.

‘I went away, I went straight back into training.’ 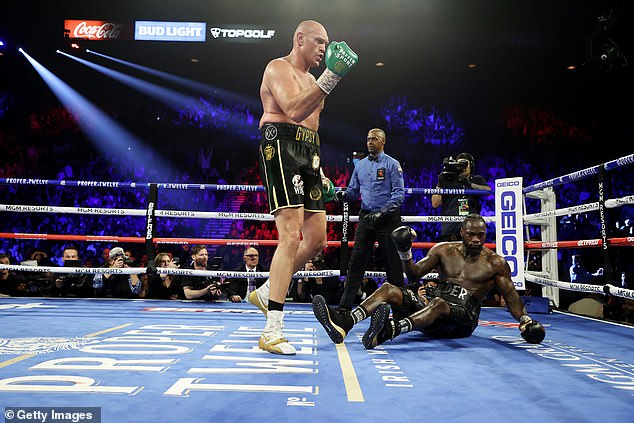 Fury took Wilder’s WBC heavyweight title with a stunning stoppage in February, 14 months after they shared a controversial draw in Los Angeles.

There have been a number of excuses put forward to blame for the defeat, including a ring walk outfit that was too heavy and that trainer Mark Breland was at fault and disloyal for throwing in the towel in the seventh round.

He also accused Ricky Hatton, in Fury’s corner for their first clash, of moving the Gypsy King’s gloves mid-fight to reduce the padding around his fists.

‘I saw in the first fight when Ricky Hatton was pulling down your gloves to put your fist in the improper position,’ Wilder said.

‘You tried the same method the second time but this time you scratched flesh out of my ears which caused them to bleed.’ 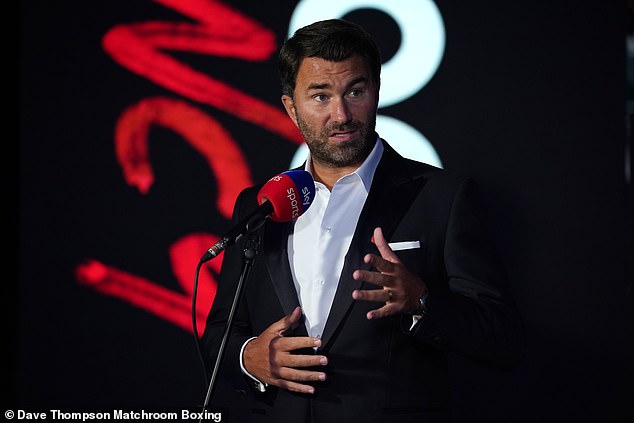 ‘It’s impossible for a brand new 10oz glove to bend, to keep a smushed-in form or to have loose space. I highly believe you had something hard in your glove, something the size and the shape of an egg-weight. It’s the reason why the side of my face swelled up in an egg-weight form. And it left a dent in my face as well.’

‘It’s ridiculous. Listen, park him to the side, let the big boys, the real men go at it,’ he told iFL TV.

‘Unless you’ve got any real substance then be quiet, go back to the drawing board, work harder, let the hunger burn to become champion again.

‘It’s gone from the costume, to now he’s been found out about AJ, to now something about the gloves. It’s getting worse and worse.’

The budget health gadgets that can save you up to £1,400

Reuters Retired US Army General Lloyd AustinFollow RT on US President-elect Joe Biden's candidate for the...