A body was found stuffed into a wheelie bin floating in a dam has been identified as a ‘high level’ drug dealer and father-of-three.

Dinh Lam Nguyen, 51, who was well-known to police, was last seen in Balga, north of Perth’s CBD, on January 20.

He was reported missing two days later by his roommate, and on Monday his rotting remains were discovered dumped in the Glen Brook Dam.

A ‘foul smell’ led a group of teenagers and an adult to open the wheelie bin, which contained Nguyen’s decomposing body wrapped in pink plastic.

Police are still hunting for his killer. 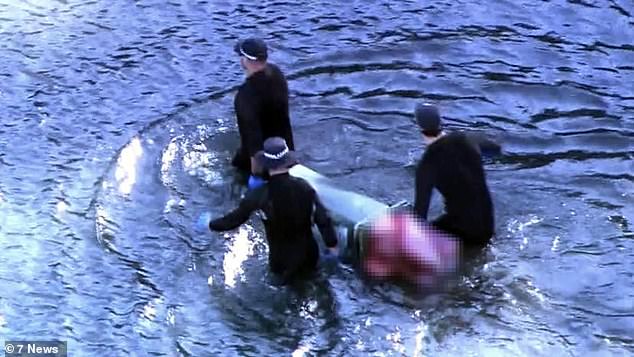 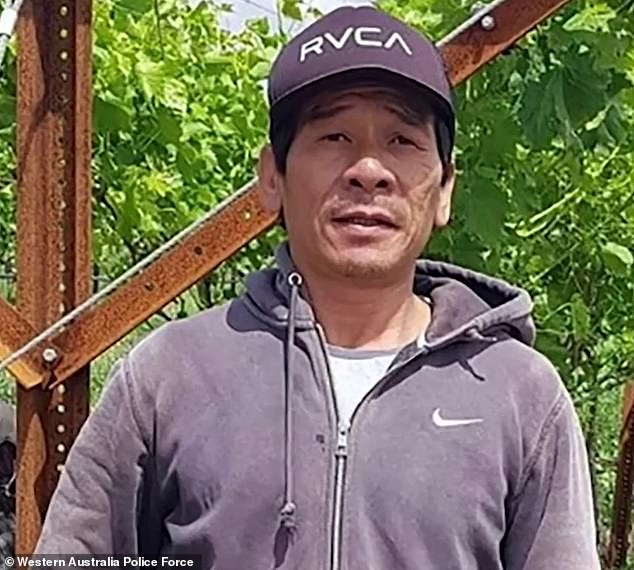 Dinh Lam Nguyen (pictured) has been identified as the body found in a wheelie bin at Glen Brook Dam in Perth on Monday. It’s since been revealed he was a convicted drug dealer

The Vietnamese national was a convicted drug dealer who was sentenced to three years in jail after he was caught with meth in 2016, The West Australian reported.

Nguyen was found with 27 grams of the illicit drug when he was pulled over by police in South Greenough, around 380km north of Perth, in August 2016.

A large dagger was also found in his car.

The father had been on bail at the time for being caught with 16.88g of methylamphetamine with the intent to sell or supply – as well as possessing a knife.

He was sentenced to three years behind bars in 2017 and during his hearing he was labelled a ‘higher level’ drug dealer. 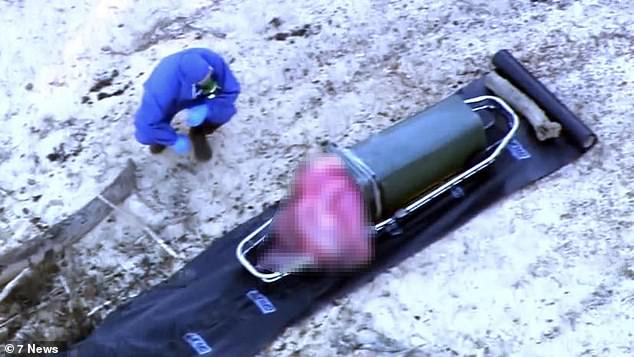 A ‘foul smell’ led a group of teenagers and an adult to open the wheelie bin, which contained Nguyen’s decomposing body wrapped in pink plastic 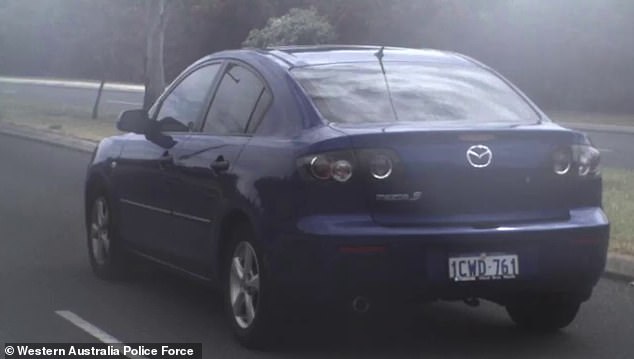 Acting Detective Inspector Sean Wright confirmed on Wednesday Nguyen had family and children, with some based in Perth.

‘They are going through the grieving process, they are very distraught,’ he said.

‘They are going to give us some lifestyle (information)… so we (can) know more about him.

‘Mr Nguyen is known to police. We need to identify what caused his death and who did it.’

Nguyen was last seen driving away from his house by his roommate in his blue Mazda 3 sedan – which has since gone missing.

His body, found near a picnic area at John Forrest National Park, was wrapped in pink plastic, with locals initially thinking ignoring the bin because they thought it was just filled with rubbish. 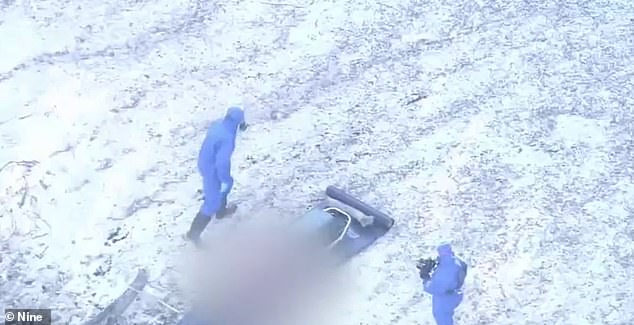 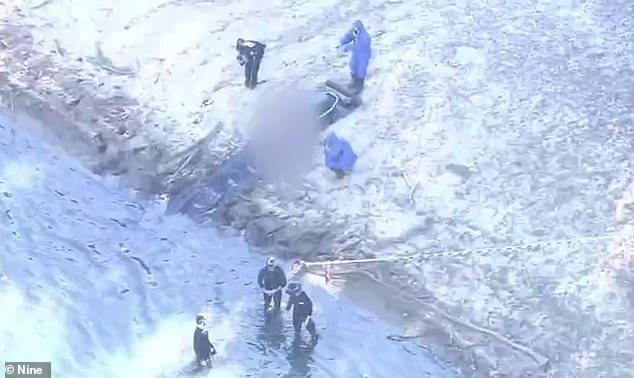 A group of teenagers opened the wheelie bin due to the horrific smell and were confronted with human remains (pictured, police removing the body from the scene)

But after the group of teenagers made the grim discovery, police waded into the waist-deep water to retrieve the body, with a post mortem underway to determine exactly how long the remains had been in the dam.

Acting Detective inspector Wright confirmed the members of the public were alerted to the wheelie bin due to its foul odour.

‘The circumstances surrounding human remains (found) in a bin at a picnic site in a dam is highly unusual,’ he told reporters.

CCTV footage obtained from the park could also potentially reveal who placed the victim in the dam.

Nguyen had moved to Australia in 1990 to avoid army inscription, the publication reported.

Anyone who saw the bin in the dam or any suspicious activity in the area is urged to contact Crime Stoppers on 1800 333 000.

An autopsy will be conducted this week to determine the cause of death. 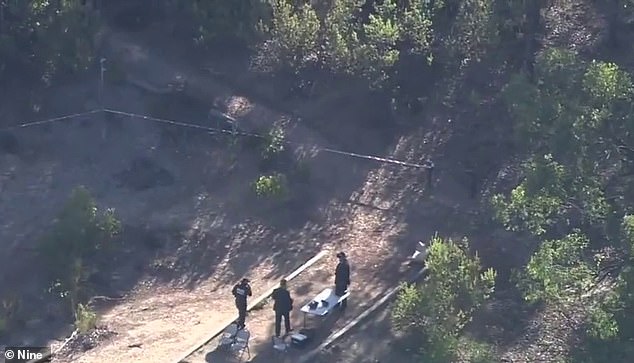 Sultanate of Oman .. Disturbances in the Corona Vaccine Campaign due to Delay in the Supplies of “Pfizer” Vaccine