By John Dingwall For The Mail On Sunday

The boss of a new TV drama about Anne Boleyn has defended the decision to give the role to a black actress.

The casting of Jodie Turner-Smith as Henry VIII’s second wife in the Channel 5 production sparked accusations of ‘blackwashing’, but director Lynsey Miller insisted: ‘I feel very strongly that we have the best actress for the role so I am happy to stand by it. 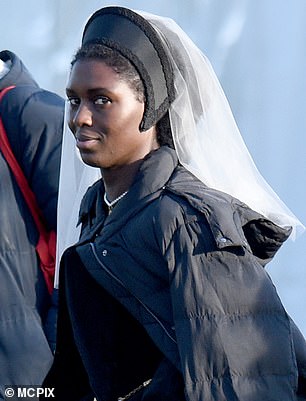 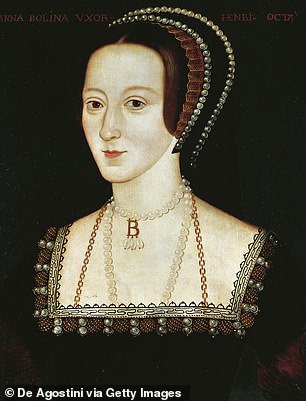 New look: Jodie Turner-Smith in costume on set (left). The boss of the new TV drama about Anne Boleyn (portrait, right) has defended the decision to give the role to a black actress

Ms Turner-Smith was acclaimed for her work in the US series The Last Ship and starred in the 2018 sci-fi horror series Nightflyers, based on short stories by Game Of Thrones author George R.R. Martin.

But when it emerged that she had landed the role of the ill-fated Tudor queen, who was beheaded in 1536, some social media users objected.

One tweeted: ‘Anne Boleyn, Queen of England and the second wife of King Henry VIII, will be played by a Black woman. Also, the blackwashing of White history is now called “convention-defying”.’

Another commented: ‘A black lady playing Anne Boleyn is blackwashing and needs to stop.

‘If whitewashing is not ok then neither is blackwashing! Equality.’

Pictures ... Immigrants crowd the US border toward Mexico to celebrate the Press of the Year