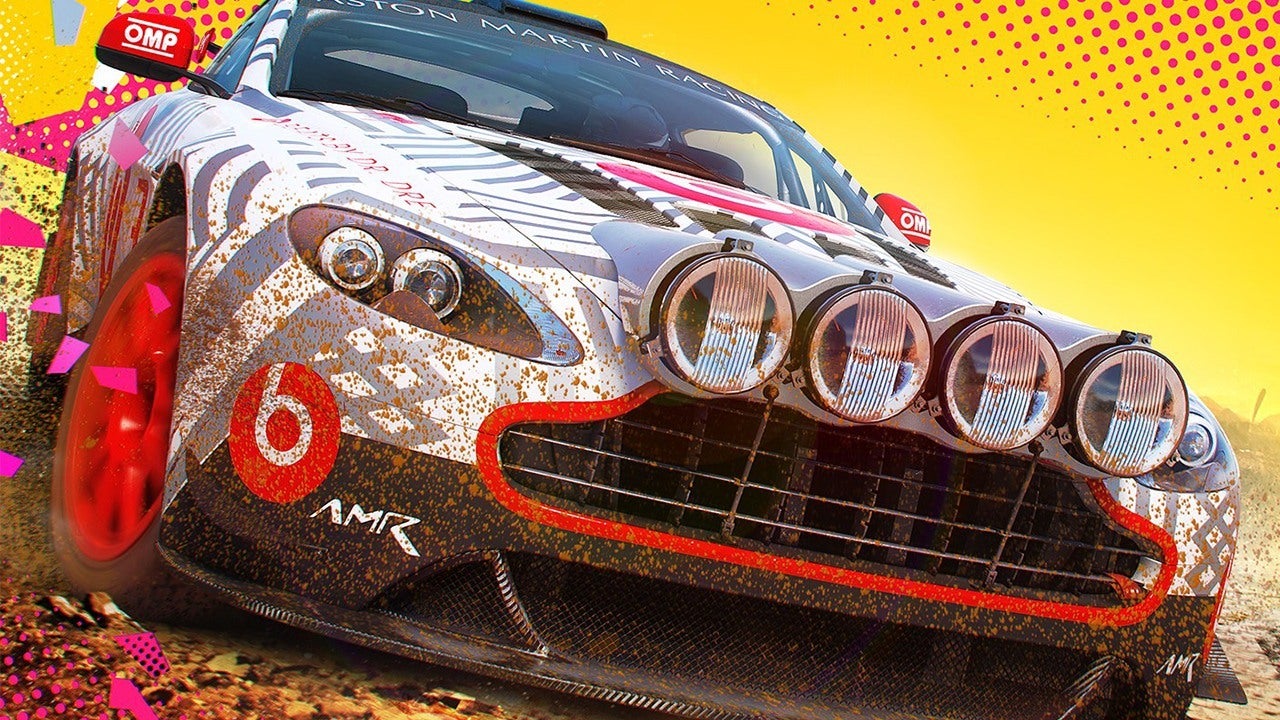 With hardboiled rally enthusiasts and sim junkies currently well-served by the stern and serious spin-off Dirt Rally 2.0, Codemasters has swerved to reshape its main off-road series into a sort of Driveclub on dirt; Dirt 5 is an accessible and rowdy racer that’s easy on the eye and fun to pick up and play, even if it’s ultimately a shade on the shallow side relative to what I’ve come to expect from these games.For a series with its own long and firmly established history, that Driveclub comparison I just threw at you may come as a slight curveball. However, it makes a lot more sense when you consider Dirt 5 was developed by Codemasters Cheshire – the studio formerly known as Evolution, which made Driveclub before being cut loose from Sony and scooped up by Codemasters in 2016. Like Driveclub, Dirt 5 is a mix of doorhandle-to-doorhandle arcade pack racing and bleeding-edge visuals. This game handles night lighting and extreme weather with particular panache.

That said, Driveclub is far from the single influence on Dirt 5. There’s a heavy handful of Dirt 2’s brashness, a dash of Dirt 3’s gymkhana mode, and a limited sprinkle of MotorStorm’s rough-and-ready brand of fender bending (Dirt 5 even features racing in Monument Valley, the location of the original MotorStorm). There’s even a touch of Trackmania’s custom track builder and some subtle hints of SEGA Rally Revo, RalliSport Challenge, and Gravel to boot. This cocktail of influences combines for a well-executed racer, albeit one that seems content to iterate rather than innovate. It’s solid but lacks exciting novelty.

Ironically enough, one key game Dirt 5 roundly ignores is Dirt 4. Built on the bones of Codemasters Cheshire’s Onrush, Dirt 5 actually doesn’t feel anything like its direct predecessor, ditching its two-pronged “simulation” versus “gamer” approach to handling options for a single, easy-to-grasp driving model. There are certainly differences in the way a custom-built buggy tackles terrain compared to, say, a rear-wheel drive retro rally car (and there are also some subtle variations in grip across the different surface types – especially ice) but overall it’s a bit more basic and I found the handling quickly tameable.Gone, too, is Dirt 4’s custom rally stage generator tool, and with it, any regular point-to-point rallying at all, actually. With Dirt Rally 2.0 competently overseeing that department nowadays, Dirt 5’s career mode is now an arcade-oriented mosaic of mostly pack racing events across tracks in 10 global locations, including New York, Arizona, China, Norway, Brazil, Greece, South Africa, Morocco, Italy, and Nepal. There’s even a light story woven throughout the career which unfolds exclusively in a series of in-game podcast snippets sprinkled between events as you progress. Hosted by Donut Media presenters James Pumphrey and Nolan Sykes, it’s a low-fi approach – no character models, no cutscenes – but even though the segments are entirely inessential I have to admit I bought into the silly back-and-forth and listened to every one of them. It was particularly entertaining hearing the highly-recognisable voices of video game VO veterans Troy Baker and Nolan North regularly sniping at each other in the guise of two rival races.

Look Back: What We Said About Dirt 4

It’s perhaps symbolic that Codemasters has included Colin McRae’s old co-driver in Dirt 4 for the first time in one of its rally games since Colin McRae Rally 2005, because Dirt 4 very much feels like a return to the good old days of the series. Hearing Grist’s pace notes again – a voice drilled into my brain in the late ’90s and early 2000s via my ravenous consumption of all games beginning with the word ‘Colin’ – has taken me back nearly 20 years. Back then Codemasters’ rally games were the yardstick against which all other racers with off-road aspirations were measured (at least up until the likes of Richard Burns Rally and WRC: Rally Evolved). Well, those days are back. Accessible yet tough and grimy yet gorgeous, Dirt 4 sets a new standard in rally racing – and its well-considered career mode and endless stages inject it with tremendous stamina. Absolutely stonking brilliant. – By Luke Reilly, June 12, 2017

My key criticism of the career mode is that the variety it appears to offer doesn’t really stand up to scrutiny. I’ve been playing Dirt 5 for a week and there are still event types I can’t really tell the difference between. Land Rush and Stampede in particular both blur into one for me, and Rally Raid doesn’t feel much different to those either.

Path Finder events are a handful of hill climb time-attacks in a specialty rock bouncer but, while these courses are the steepest and narrowest, they don’t really require a particularly finessed approach so I didn’t find them as interesting to tackle as I thought I would. Sprint racing? Well, it feels like it’s in the wrong game.

The ice racing is probably my highlight – not only are they generally the best showcase for Dirt 5’s impressive lighting and weather effects, but ice is perhaps unsurprisingly the most satisfying drifting surface. These ice racing events require the most car control and, as such, I found them the most rewarding.

However, while Dirt 4’s custom stage generator may have got the chop, Dirt 5 comes with its own custom content solution: a stunt track editor Codemasters has dubbed Playgrounds. When career mode ran out of sizzle for me, I found myself in Playgrounds – and right now I suspect it’s here I’ll stay. It’s perhaps best described through a modern lens as a Dirt-flavoured slice of Trackmania-style madness, but more pertinently Playgrounds might be as close to a modern-day version of the 1990 MS-DOS cult classic Stunts (or 4D Sports Driving) as I’ve ever played. You may be unfamiliar with this 30-year-old relic but at one point as a kid I basically lived in it.Whether you’re placing stacks of crushed cars or enormous corkscrews, Playgrounds editing tools are all quite straightforward – although I’m yet to build something I’m truly happy with. In the interim, I’m having plenty of fun attacking the user-created tracks already available.

In some ways Playgrounds feels a bit like it comes from a completely different game, but it’s an excellent addition to the Dirt 5 package – especially in conjunction with four-player splitscreen multiplayer.

The Greatest Racing Games Ever