German refugees who had escaped the Nazis were reportedly put at the at the centre of military planning for the August 1942 raid on Dieppe in France by Lord Mountbatten and Fleming, then a senior naval intelligence officer.

A new book entitled X-Troop: The Secret Jewish Commandos of World War Two describes how the five refugees were supposed to break into a hotel used by Nazi military commanders and steal the Enigma machine and its code books while Allied troops staged a frontal assault on the occupied port.

However, the daring plan collapsed after the 6,000 British and Canadian troop convoys crossing the Channel at night were spotted by a Nazi patrol boat.

Greeted by artillery and machinegun fire as they landed on the beaches, nearly 1,000 troops were killed while 2,400 were wounded and 2,000 were captured in one of Britain’s greatest wartime disasters. 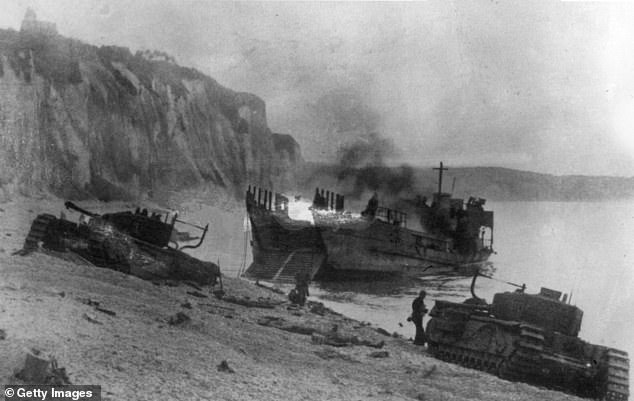 September 1942: According to German wartime sources, this is a British tank landing vessel and two British tanks captured by the Germans during the raid on Dieppe 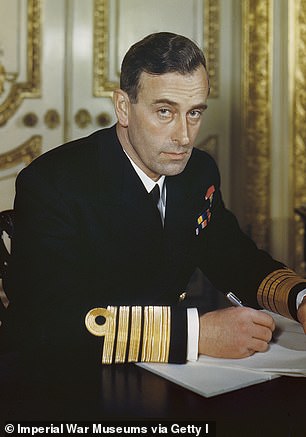 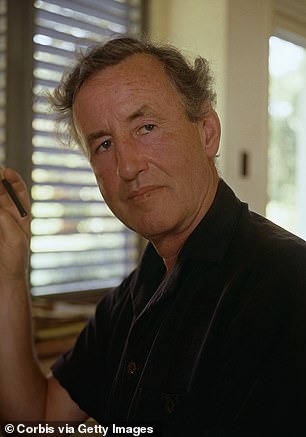 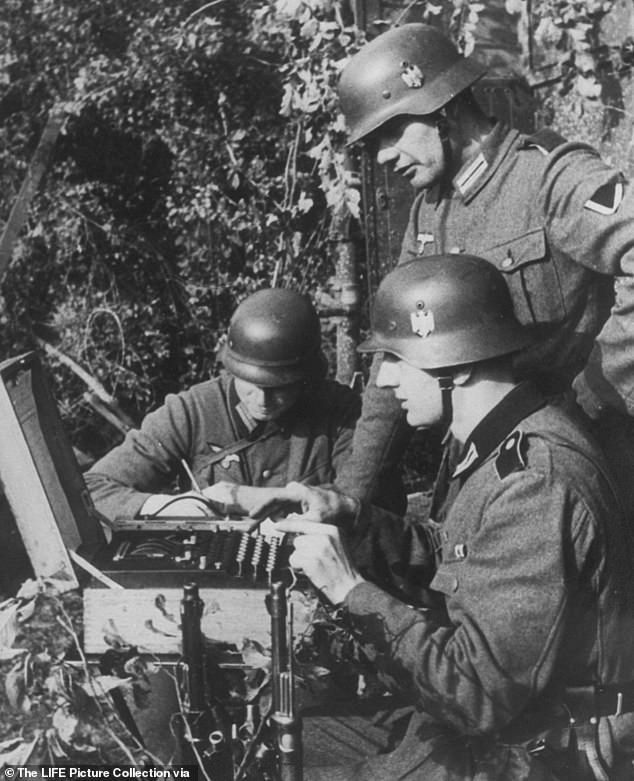 In her new book out later this month, US history professor Leah Garrett published a long-classified, after-action report written by one of the refugees, known by his Anglicised name Maurice Latimer.

He had stated that his orders had been ‘to proceed immediately to German General HQ in Dieppe to pick up all documents, etc of value, including, if possible, a new German respirator’, the Observer reports.

Garrett claims that ‘respirator’ was almost certainly a code word referring to the Enigma machine, used by the Nazis to send encrypted messages across Europe.

However, by the following spring, the Nazis had switched to a new, four-rotor machine that was much harder to crack. With vessels transporting food supplies and equipment coming under attack, getting hold of one of the new machines was regarded by British authorities as a high priority. 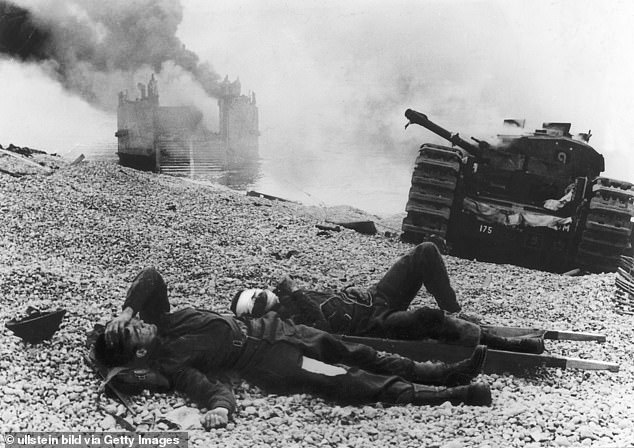 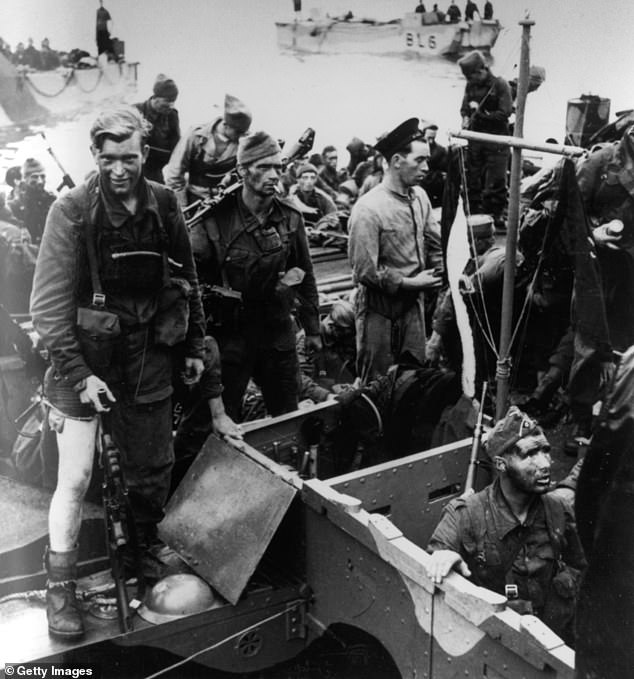 Canadian troops returning from the combined operations raid at Dieppe 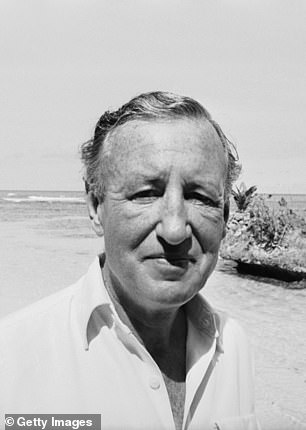 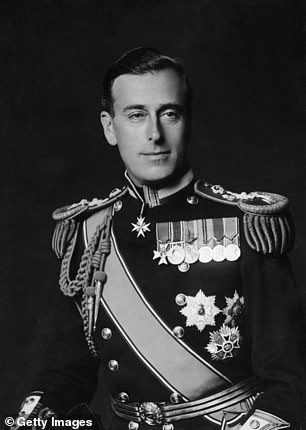 According to Garrett, a majority of the German Jewish refugees who had fled Nazi-annexed Sudetenland in the early part of the Second World War had spent the summer and autumn of 1940 in British internment camps.

They protested that they were anti-Nazis and not German fifth columnists, and went on to join the Pioneer Corps to prove their loyalty to Britain. The best of them were then selected for X-Troop, seeing action in North Africa, Sicily and France.

Mountbatten had come up with the X-Troop idea in the summer of 1942 when he realised he was going to need German speakers for the Dieppe raid.

The plane he and Fleming formulated required participants to identify the relevant code documents and to interrogate captured Nazi soldiers. Of the five men on the pinch mission, however, none got close to the Hotel Moderne.

One of the refugee commandos was killed, one was badly wounded, and the other two were captured and spent the rest of the war in POW camps.

What was Enigma and how did British mathematician Alan Turing and his team break the code?

The Enigma was a type of enciphering machine used by the German armed forces to send messages securely during the Second World War. 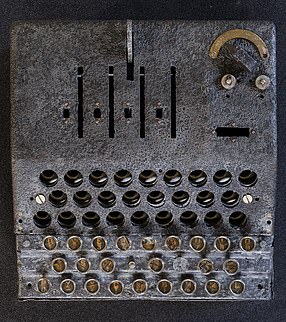 It used a complex series of rotors and lights to encrypt messages by swapping letters around via an ever-changing ‘Enigma code’.

Polish mathematicians worked out how to read Enigma messages prior to 1939, and shared this information with the British.

But German cryptographers upgraded the security of the machines at the outbreak of the war by changing the cipher system daily.

A team of researchers, including famed British mathematician Alan Turing, eventually broke the enigma code in 1941.

They invented devices known as Bombe machines that could decipher the enigma code, allowing Allied forces to intercept German messages.

It is believed that the work of Turing and his team shortened the war’s duration by up to two years.

Is it Trump or Biden? Waiting for election results could cost businesses billions in lost productivity