It had been believed for centuries that knowledge of how famous playwright William Shakespeare’s really looked was lost forever.

The two existing definitive depictions of the most famous English writer were thought to have been produced after his death, making them less reliable guides.

But now, thanks to a ground-breaking discovery, one of them – the existing effigy of Shakespeare which sits above his grave in Holy Trinity Church, Stratford-upon-Avon – could in fact be an accurate depiction of him, experts believe.

The bust, which shows the Bard with moustache and goatee, was believed to have been installed several years after his death in 1616, meaning it was likely not an accurate likeness.

But now expert Professor Lena Cowen Orlin has said it was ‘highly likely’ that Shakespeare commissioned the monument, which could have been modelled from life by a sculptor who knew him. 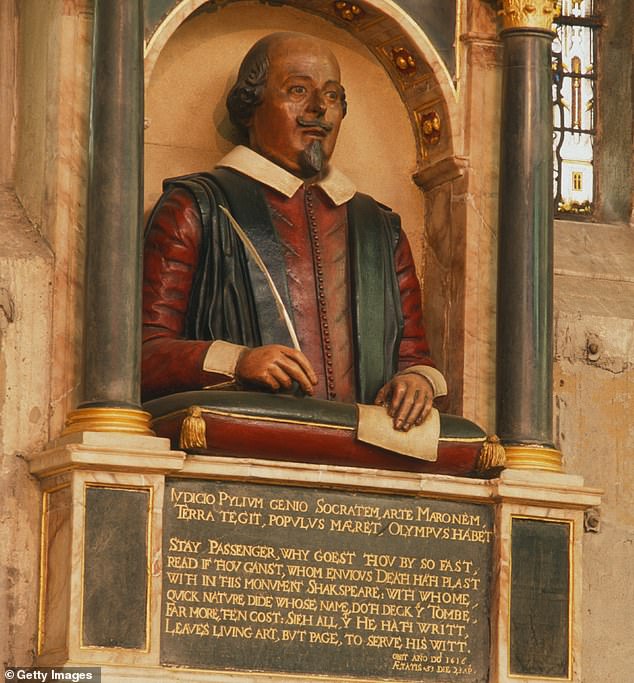 The effigy of William Shakespeare which sits above his grave in Holy Trinity Church, Stratford-upon-Avon, was previously thought to have been produced after his death in 1616. But now it is believed it was produced during his lifetime by a sculptor who knew him

How Shakespeare really looked has been a matter of debate because of uncertainty around the reliability of existing portraits of him.

Along with the effigy, the only work which definitively depicts him is the engraving which appears on the title page of the First Folio – the first compilation of his works – which was produced in 1623, after the writer’s death.

Another, the Chandos portrait, which was painted between 1600 and 1610, can not definitely be said to depict Shakespeare.

It was previously thought that the bust in Shakespeare’s funerary monument at his local church in the West Midlands by the poet’s son-in-law, Dr John Hall.

However, Professor Orlin told The Guardian: ‘It is highly likely that Shakespeare commissioned the monument. 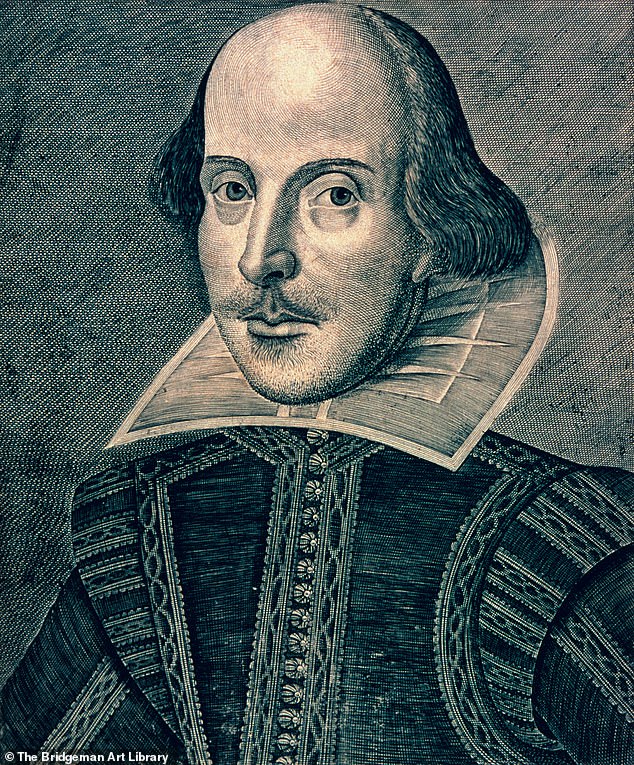 Along with the effigy, the only other definitive depiction of him is the engraving which appears on the title page of the First Folio (above) 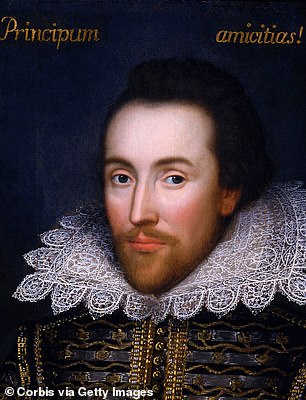 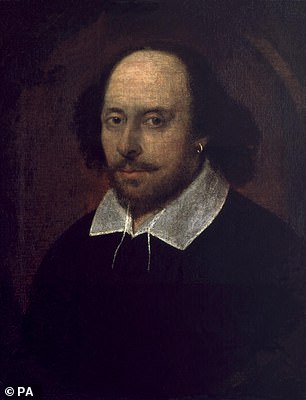 Perhaps the most famous painting – the Cobbe Portrait – has been argued by some critics to in fact be a painting of fellow writer Sir Thomas Overbury. Another, the Chandos portrait, which was painted between 1600 and 1610, can not definitely be said to depict Shakespeare

‘It was done by someone who knew him and had seen him in life.

‘We can think of it as a kind of life portrait, a design for death that gives evidence of a life of learning and literature.’

The painted effigy shows Shakespeare’s upper half. He is seen holding a quill over a sheet of paper wresting on a cushion.

Dr Paul Edmondson, head of research at The Shakespeare Birthplace Trust (SBT), the charity which cares for the home where the writer was born, said the new research was ‘truly significant’.

He said experts can now say that the effigy is how Shakespeare would have wanted to be represented, branding the fact ‘massive’.

‘It is compelling new light on what he looked like and how he operated,’ he added. 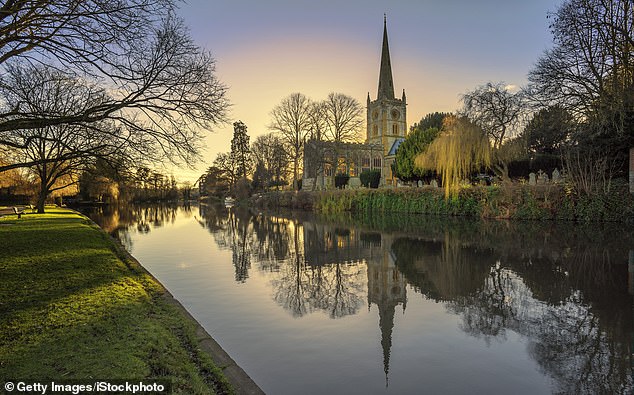 Shakespeare is buried at Holy Trinity Church in Stratford-upon-Avon, where he was born and lived for all of his life

It was previously thought that the monument was created by Flemish artist Gerard Johnson.

But Professor Orlin believes it was instead made by his brother, Nicholas Johnson.

She said that the sculptor worked on another monument in the church dedicated to Shakespeare’s friend John Combe, who died in 1615.

The expert said Johnson worked by travelling with the sculptures to see them be installed, meaning he would have been in Stratford before Shakespeare’s death.

Even if he had not been, his workshop was ‘around the corner’ from the Bard’s Globe Theatre in London, making it ‘highly likely’ he would have seen the playwright’s face.

She also pointed out that a space was left on the effigy for funerary data to be added after the playwright’s death, indicating it was done during his lifetime.

Professor Orlin, a professor of English Georgetown University, Washington DC, will reveal her findings in the Shakespeare Trust’s lecture on April 23 to celebrate the writer’s birthday.