The discovery of missing conwoman Melissa Caddick’s human remains could change the timeline of her death and prove she met with foul play instead of committing suicide, an expert criminologist has said.

A large piece of stomach flesh which included a belly button was found washed ashore at Mollymook Beach on the NSW south coast about 9.30pm on Friday, with DNA testing to be carried out to see if the remains belong to the fraudster.

Caddick’s death was earlier confirmed on Friday after her decomposing foot was found inside a shoe north of the Bournda National Park on February 21, 150km away from where the stomach parts were located.

She vanished from her home in Sydney’s eastern suburbs a day after it was raided by the Australian Securities and Investments Commission on November 11 but expert criminologist Dr Xanthe Mallett said if the decomposing stomach belongs to the woman, it could mean she was alive much longer than suspected.

‘For a stomach to be recovered three months later, after summer months, is a little more unusual. It could suggest the person died more recently. There’s certainly a lot of questions around this,’ Dr Mallett told The Sunday Telegraph.

Pictured: Map shows the distance between where Caddick’s foot was found, where she was last seen and Friday night’s latest discovery of decomposing body parts 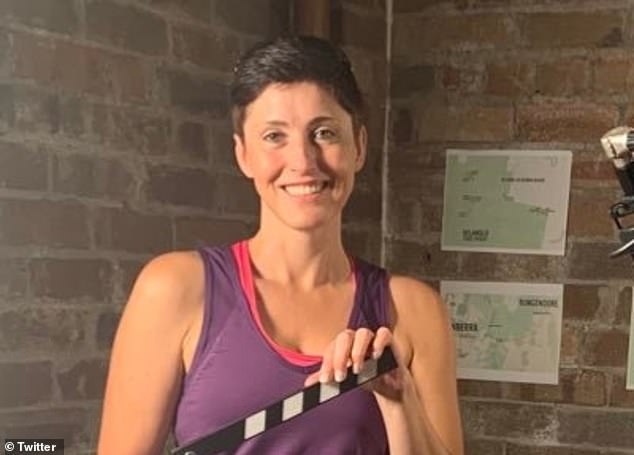 Expert criminologist Dr Xanthe Mallett (pictured) said if the decomposing stomach belongs to the woman, it could mean she was alive much longer than suspected

‘Three months is quite a long time, I would be interested to know the decomposition level to determine if the body was in the water immediately after she disappeared.’

Police suspect Caddick took her own life, because she could have reached the Dover Heights clifftops – 300m from her $6.1million home – without being tracked by CCTV cameras.

Dr Mallett admitted it was possible Caddick entered the water at Dover Heights and for her body parts to then wash ashore hundreds of kilometres away on the NSW south coast, although three months is a long time for body parts to remain intact.

She said tidal patterns over the period of Caddick’s disappearance would needed to be checked ‘to see if that time frame and distance can genuinely be explained’.

Dr Mallett, an Associate Professor of criminology at the University of Newcastle, said when she heard Caddick’s foot had been recovered she was not convinced at that stage she was dead because a person could still be alive without the limb attached.

But the discovery of other decomposing body parts has meant the investigation into Caddick’s disappearance has taken another turn.

‘All options have to remain open, including the unlikely chance of a really strange accident, suicide or something more sinister,’ Dr Mallett said.

Caddick’s disappearance sparked wild theories as to her whereabouts but detectives now believe she either committed suicide or met with foul play. 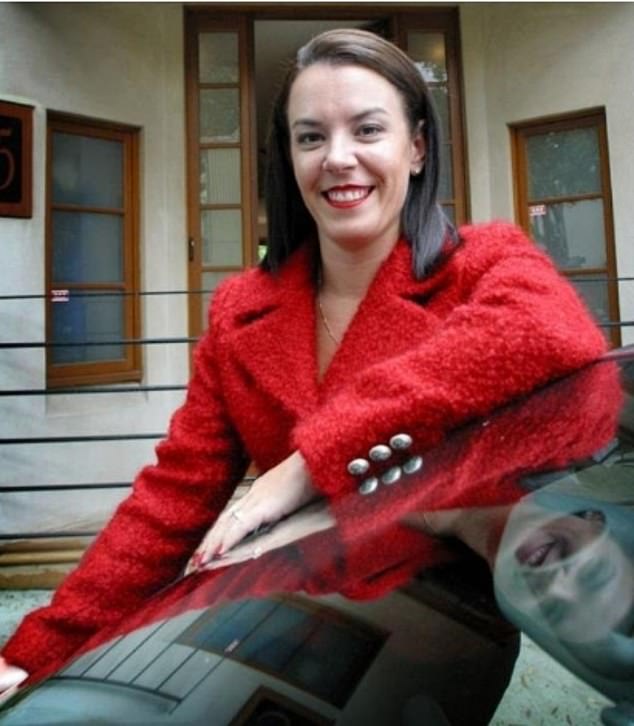 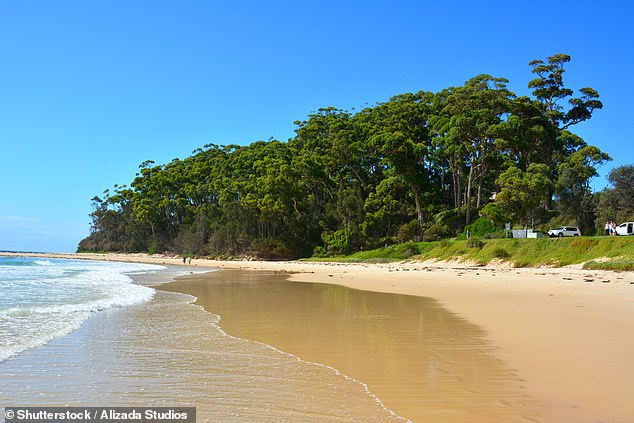 Police were called to Mollymook Beach (stock image) on the NSW South Coast about 9.30pm on Friday

Her rotting foot was found by campers inside an ASICS Gel Nimbus shoe 50km north of the Bournda National Park.

The group of three teenage campers were near Tathra on Sunday when one of them found the shoe lying on the sand.

Police later used footage from the raid of Caddick’s home – which had featured vision of her feet – to help identify her as the shoe’s owner.

The 49-year-old was accused of swindling at least $20million from clients, including friends and family, before disappearing on November 12.

Days after she was reported missing, NSW Police used modelling to determine where her body might wash up if she had died in the water near her Dover Heights home. 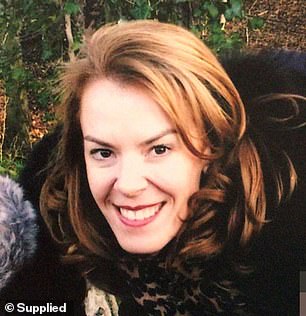 Caddick also asked how quickly she had to write up a description of her assets and liabilities, and asked: ‘how am I supposed to do that when you have taken my computers?’ 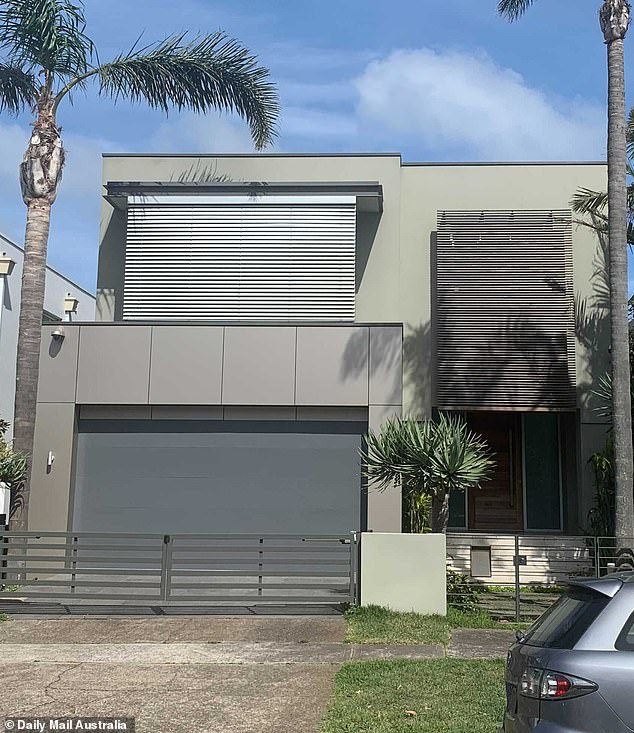 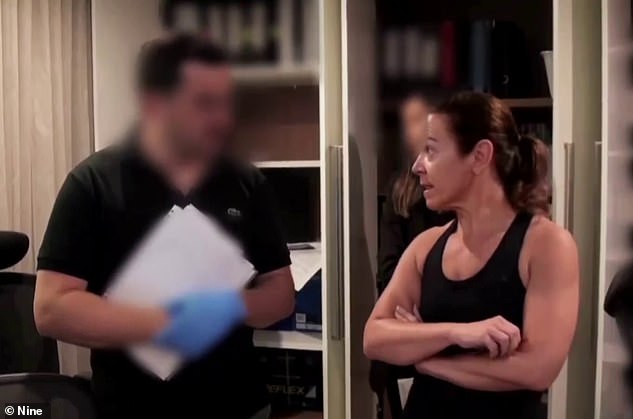 ASIC investigator Isabella Allen alleges Caddick hit her with a barrage of questions when authorities raided her $6.2million Dover Heights mansion on November 11 (pictured is bodycam footage of the raid)

Caddick is survived by her husband Anthony, a 15-year-old son, parents Barbara and Ted Grimley and brother Adam.

Mr and Ms Grimley are said to be ‘furious at ASIC’ for the death of their daughter. 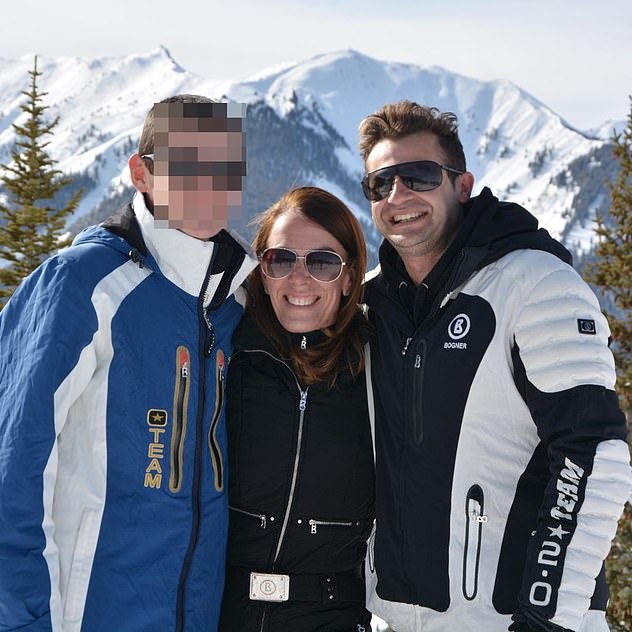 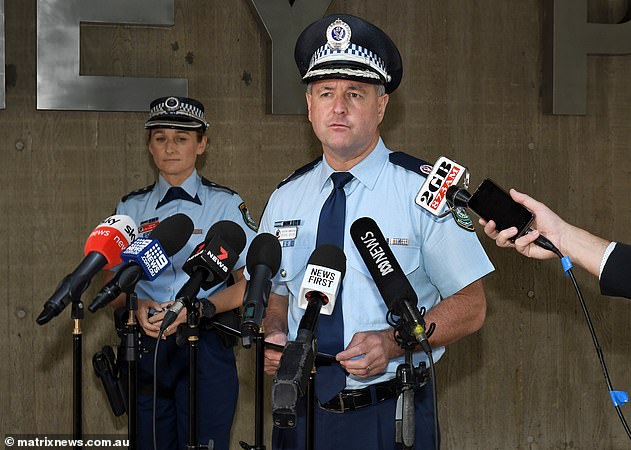 Corporate watchdog ASIC said on Wednesday the investigation into Caddick and her company would continue as they try and return funds to investors.

If Ms Caddick had been found alive, NSW police would have been able to arrest the high-flying financial fraudster.

Liquidators allege the self-styled financial adviser ‘meticulously and systematically’ deceived those who entrusted millions of investment dollars to her over seven years, then used the money to fund her lavish lifestyle.

‘Police have always kept an open mind in relation to what the circumstances were for her disappearance, including the fact that Melissa may have taken her own life.’

One of the investor victims ripped off by Ms Caddick reacted with shock when told by 2GB breakfast host Ben Fordham.

HEALTH NOTES: Britons have an average of seven fillings and DIY eye checks… on a phone app

HEALTH NOTES: Britons have an average of seven fillings and DIY eye checks… on a phone app