The latest addition to Chris Hemsworth‘s star-studded friendship group isn’t another Hollywood actor, but a disgraced businessman who also happens to go by the nickname ‘Thor’.

Mark Hutchinson was in 2019 banned from directing companies for six years after he lied to investors of his adventure business Vocation, losing them almost $650million.

In August 2014, Hutchinson told investors the newly listed company was in good shape when in reality they had just lost $20 million in crucial funding.

While the share price plummeted and investors lost out, Hutchinson held on to much of his personal wealth and started a not-for-profit organisation, buying game parks in Africa in a bid to stop poachers.

Since selling his Manly home for a suburb-record $18million and moving his family to Australia’s newest millionaires playground, Byron Bay, the corporate failure has been laying low.

But he has seemingly made some powerful friends in his new hometown, appearing in Hemsworth’s Instagram post this week alongside the Hollywood star and his wife Elsa Paraky on a trip to Lord Howe Island. 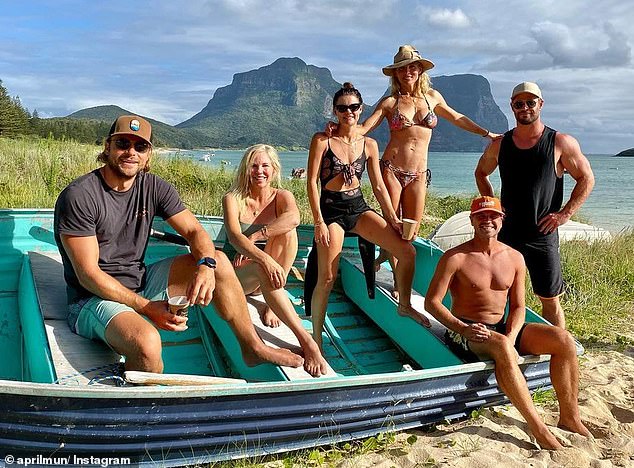 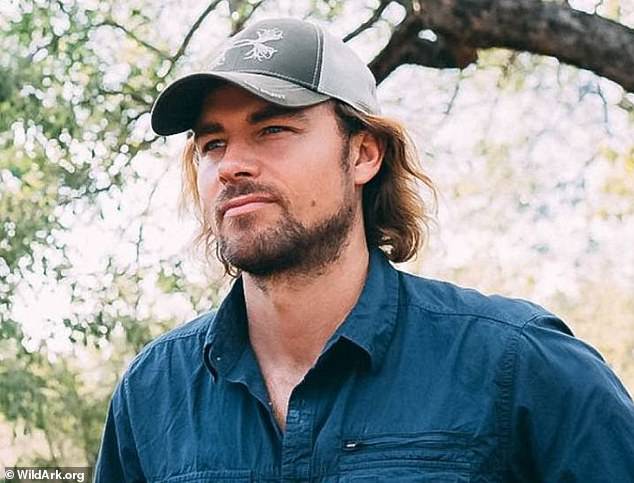 Hutchinson was in 2019 banned from directing companies for six years after lying to investors of his adventure business Vocation, losing them almost $650million. He has since gone on to set up not-for-profit Wild Ark which buys African game parks in a bid to stop poaching 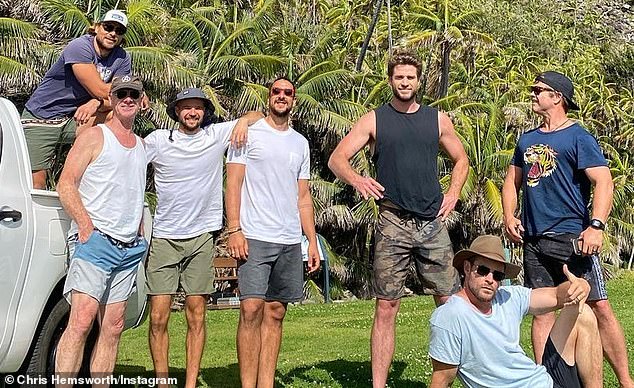 Hutchinson and wife Sophie – a contestant on the first season of Survivor Australia – were among the group exploring the island, 600km off Australia’s coast.

After trekking the island’s rugged terrain, the Hutchinsons and Hemsworths posed for a beachside photo.

Also alongside them was Hutchinson’s close mate Luke Munro, a former pro surfer and Channel Seven presenter, and his wife Emma.

The three families are understood to spend a large amount of time together, with all their children attending the same Byron Bay school.

But the Hemsworths are not the only A-listers Hutchinson counts among his friends.

After founding his environmental foundation Wild Ark he has enjoyed support from Leonardo DiCaprio and surfing champion Mick Fanning.

Hemsworth and Pataky have also become involved in Hutchinson’s endeavours and helped him to re-release Tasmanian Devils into the wild last October.

They also caught up again that month on Lord Howe Island, joined by their kids and parents, and brothers Liam and Luke.

At the time the Hutchinsons were on the island working for Wild Ark.

In just eight months after taking the company public, the share price had risen from $1.89 to $3.05 and Hutchinson was branded a rising star of the Australian corporate world.

He even earned the nickname ‘Thor’ for his flowing blonde hair and toned physique.

It was a movie about the same Greek God that made Hemsworth a household name. 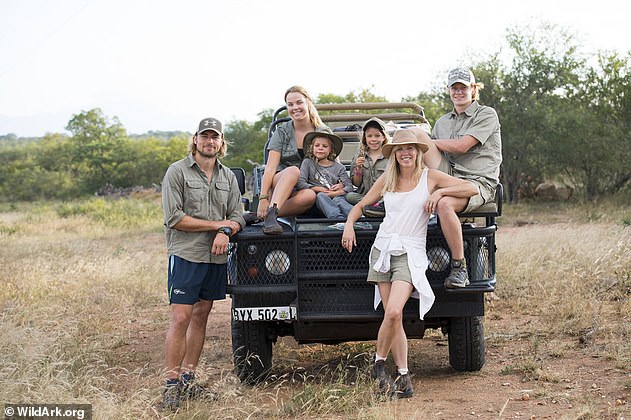 Hutchinson and wife Sophie – a contestant on the first season of Survivor Australia – have had celebrity backing from Hemsworth, Elsa Pataky, Leonardo DiCaprio and Mick Fanning for their Wild Ark venture 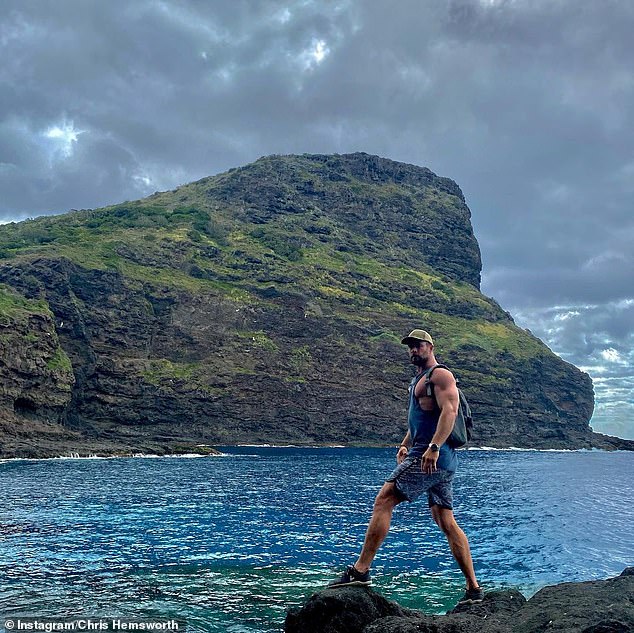 Hollywood star Hemsworth posted a series of photos to Instagram this week showing off his trip to Lord Howe Island, 600km east of Australia, with a group including Hutchinson 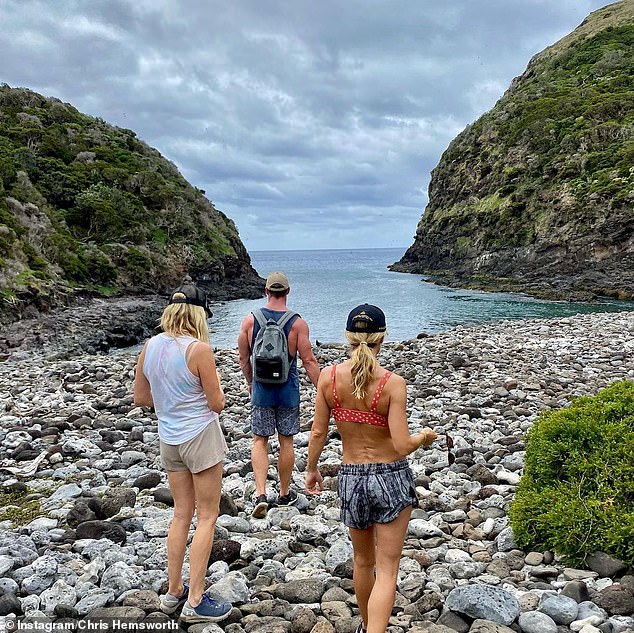 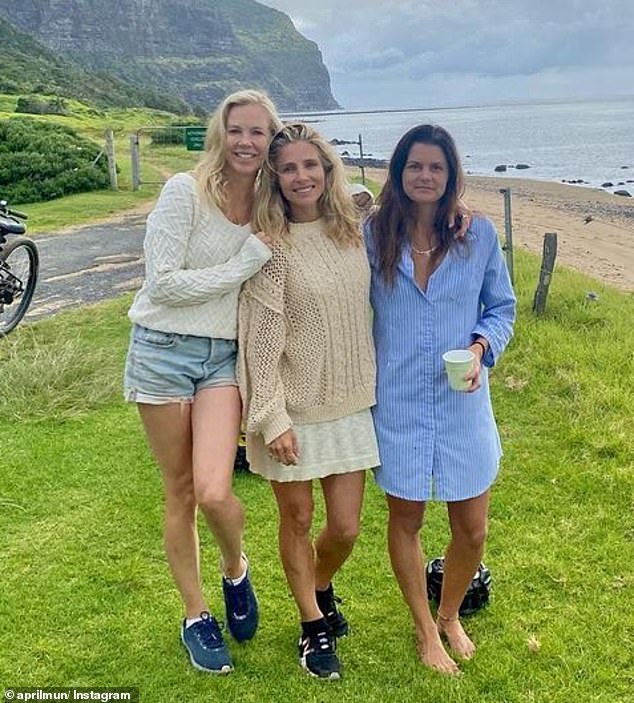 The Federal Court found in 2019 that Hutchinson and his two other directors had not upheld their duties during their time overseeing Vocation.

Justice John Nicholls ruled the men had ‘misled and deceived’ investors about their access to funding.

The findings led to a class action being launched in the Federal Court by investors in Vocation against certain directors including Hutchinson.

With backing from law firms Maurice Blackburn and Slater and Gordon, the investors received a $50million settlement in November last year.