Disney to layoff 28,000 employees as coronavirus continues to decimate its theme parks

Disney is set to lay off around 28,000 employees across all of its theme parks, experiences and consumer products segment as prolonged closures and limited attendance have decimated profits.

The announcement was made in a letter to employees Tuesday from Josh D’Amaro, Disney’s head of parks, who detailed several ‘difficult decisions’ the company has been forced to make amid the ongoing pandemic.

One such decision includes ending the furlough of thousands of its employees.

Around 67 seven percent of the 28,000 laid off employees were part-time workers, but they ranged from salaried employees to nonunion hourly workers, Disney officials said.

Disney declined to disclose how many of the workers let go had been employed specifically at its theme parks to CNBC. 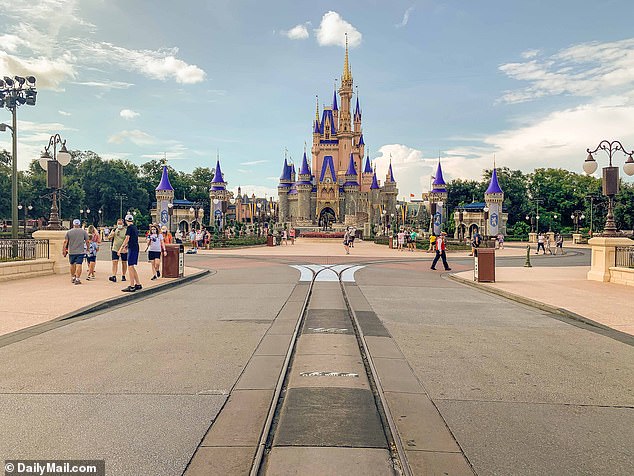 Disney is set to lay off around 28,000 employees across all of its theme parks, experiences and consumer products segment as prolonged closures and limited attendance have decimated profits

While the company has been able to operate its parks in Florida, Paris, Shanghai, Japan and Hong Kong at a limited capacity, California Adventure and Disneyland have remained shuttered in Anaheim California.

‘As you can imagine, a decision of this magnitude is not easy,’ D’Amaro wrote in his letter. ‘For the last several months, our management team has worked tirelessly to avoid having to separate anyone from the company.

‘We’ve cut expenses, suspended capital projects, furloughed our cast members while still paying benefits, and modified our operations to run as efficiently as possible, however, we simply cannot responsibly stay fully staffed while operating at such limited capacity,’ he continued.

The parks, experiences and consumer products segment is paramount to Disney’s business model.

Last year alone, the sector account for roughly 37 percent of the company’s total revenue of $69.9 billion.

This is a developing story. Please check back for updates…