Disturbing moment a road rage dispute erupts into violence as a 23-year-old throws wild punches at another driver, 67, as motorists watch on in disbelief

Shocked motorists have filmed the disturbing moment a young man threw a series of punches at another driver in a road rage incident.

The young man, 23, lost his cool at another motorist, 67, at an intersection on the Gold Coast.

The melee occurred after a minor collision at the traffic lights, Nine News reported. 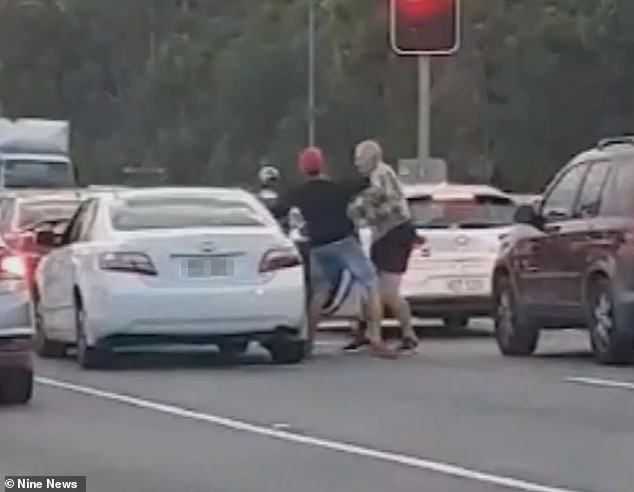 In the clip, the 23-year-old, who was wearing a red cap, a long sleeved shirt and shorts, can be seen exiting his vehicle, before flicking the other man under the chin.

The older man responds by taking hold of the other driver and pushing him away, only to then be punched in the face.

Both men then continue their road brawl on the busy intersection, with the young man throwing a couple more punches.

Eventually the pair were pulled apart by other motorists on the scene.

According to Nine News, police have received no complaints from either driver following the incident. 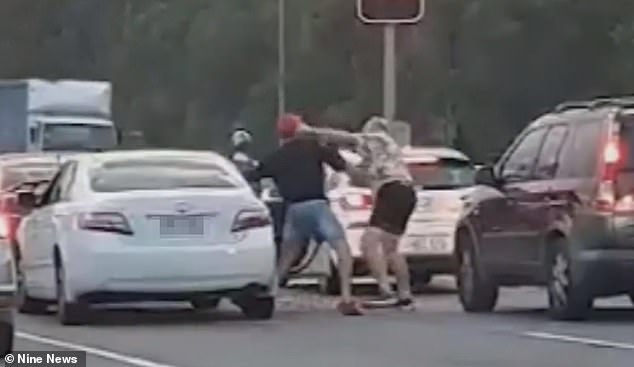 Queensland police later confirmed they were aware of the brawl, and have launched an investigation into the matter.

Road rage incidents continue to rise at an alarming rate in Australia.

In 2020, a survey conducted by leading car insurer Budget Direct revealed 65 per cent of the people surveyed had been abused by other motorists in the previous 12 months. 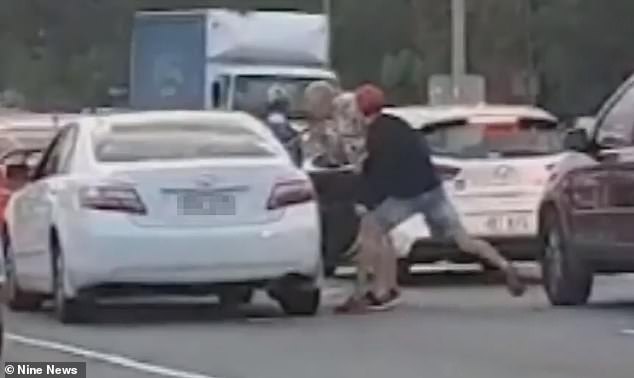 The two men literally stopped traffic (pictured above) following their wild brawl, which started after a minor collision

COVID pandemic: People sleep outside as they queue for oxygen in Peru