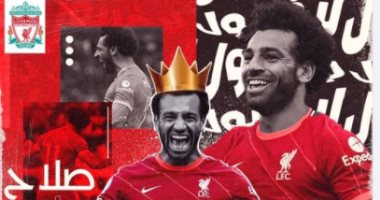 Two new goals signed by Liverpool star Mohamed Salah against Porto in the match that brought them together on Tuesday evening in the second round of the Champions League group stage, which the Reds won 5-1 to open the door again to the search and scrutiny of the pharaoh’s records that he does not stop breaking at all levels .

Salah reached his 31st goal in the Champions League today from only 60 matches, without counting the goals of the qualifying stage, to rise to the 22nd place in the Champions League scorers throughout history, equal to the Dutch former Bayern Munich star Arjen Robben, and surpasses a group of 30 game legends. A goal in the tournament are Samuel Eto’o, Wayne Rooney, Kaka and Gento, the late Real Madrid legend.

By skipping Cameroonian Eto’o, Salah was ranked second in the list of African goalscorers in the history of the Champions League behind Ivorian Didier Drogba, who has 44 goals, who is only 13 goals away from the Pharaoh so far.

At the same time, Mohamed Salah is close to breaking another legendary record in the English Premier League engraved in the name of Didier Drogba, who starred for years with a golden generation in Chelsea and ended with his signature on 104 goals, a number expected to be broken within days after the pharaoh reached 102 goals so far to become the top scorer for Africans In the English Premier League!

Before reaching this legendary number, we review the most prominent records achieved by the pharaoh during his career.

The second best African scorer in the Champions League (31 goals)

Most goals scored in matches in one season (24 matches)

Most African player to score in a single season (32 goals)