The Covid-19 pandemic has taken a toll on the mental health of doctors and nurses because they were not prepared to ‘see so much death’, a leading medic has said.

Dr Chaand Nagpaul said NHS staff have reported higher than normal levels of severe stress, anxiety and fatigue this year as they battle the pandemic on the frontlines.

The chairman of the British Medical Association (BMA) told MPs today: ‘When we saw Covid start… this was an experience that no doctor or nurse was prepared for, to see so much illness and death.’

More than 50,000 Brits have so far been killed by Covid-19 and almost 200,000 have been hospitalised with the virus, tens of thousand of whom were put on ventilators.

Dr Nagpaul told the Health and Social Care Committee that even before coronavirus there were already high levels of burnout and stress due to under-staffing.

More than 600 healthcare workers have died from the coronavirus, with medics from black, Asian and ethnic minority backgrounds being disproportionately affected. 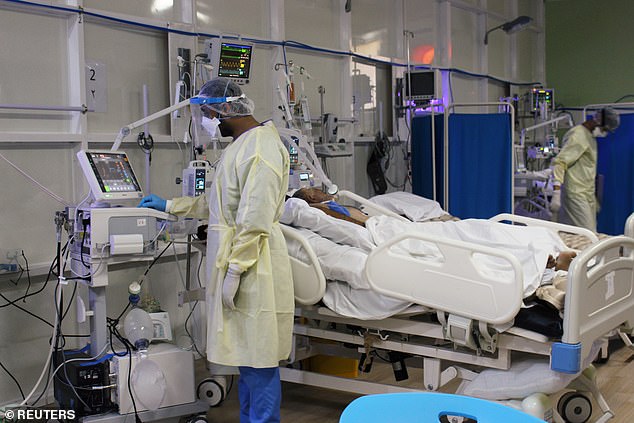 The Covid-19 pandemic has taken a toll on the mental health of doctors and nurses because they were not prepared to ‘see so much death’, a leading medic has said 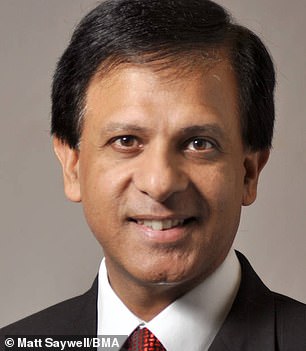 Dr Chaand Nagpaul, the chairman of the British Medical Association, said NHS staff have reported higher than normal levels of severe stress, anxiety and fatigue this year as they battle the pandemic on the frontlines

Meanwhile, 40 per cent of doctors said that their stress levels and their levels of burnout are now higher, 59 per cent say they are severely fatigued and 40 per cent haven’t even been able to take an adequate break from work since March.

Dr Nagpaul raised concerns about the survey findings, describing it as a ‘serious situation’.

He told MPs: ‘We must find solutions and address this. The biggest constraint is not having time and not having the space to properly care.

‘And it really does upset and demoralise healthcare professionals and doctors when they can’t do their best and they’re working under this extreme pressure.’ 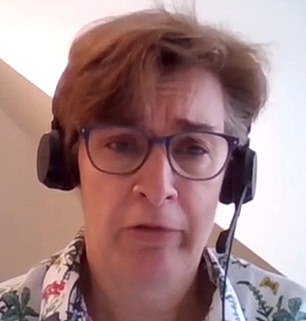 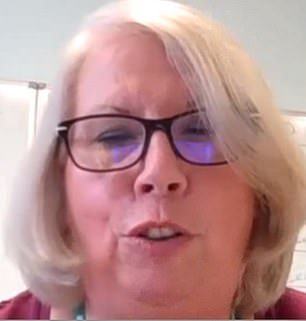 Vic Rayner (left), executive director at the National Care Forum, said social care staff were also struggling with their mental health as a result of the pandemic. Denise Crouch (right), Macmillan Cancer Support’s lead nurse, told MPs about her redeployment to the frontlines of ICU wards during the first peak

A doctor’s surgery has been forced to shut after eight of its 29 staff tested positive for COVID-19 days after up to 300 patients had their winter flu jabs.

The New Surgery in Folkestone, Kent, closed its doors last Monday due to ‘staff sickness’ and confirmed eight had tested positive for coronavirus four days later.

Worried patients who had their annual flu jabs recently claimed they were not contacted by the surgery or asked to self-isolate despite the risk.

The outbreak means 27 per cent of the 29 staff have the killer contagious bug.

Locals blasted the surgery for not doing more to protect its patients following the outbreak. Just the week before up to 300 people are believed to have visited the clinic for a flu jab.

Michelle Robinson said: ‘What about people that have had their flu jabs in the surgery the week before they closed.

‘High risk patients that they haven’t bothered to contact. Disgusting.’

Jacqueline Kennedy added: ‘Why not say the day it closed. Ridiculous.’

Vicky Snelling said: ‘Mum had a call from the doctor today profusely apologising about the palaver.’

Dr Nagpaul told MPs that during the darkest days of the crisis in spring, ‘doctors were describing things like the emotional impact of having to hold a smartphone or an iPad – as being the vehicle of contact between patients in their last phase of life – and relatives.

‘They saw their colleagues getting ill – one junior doctor told me that the stress and the emotional impact it had on her to be treating her own consultant, the consultant who was training her, in intensive care. That is what doctors have had to work with and other healthcare professionals.’

Denise Crouch, Macmillan Cancer Support’s lead nurse, told MPs about her redeployment to the frontlines of ICU wards during the first peak.

Staff who normally work in non-acute and ICU settings were redeployed to help first the first wave as wards became overrun with Covid-19 patients.

Working 70-hour weeks as a discharge nurse felt like ‘Groundhog Day’, Ms Crouch said. ‘I’ve been nursing 43 years. I’m 62. I was absolutely shattered and exhausted at the end of each week, and dealing with all that extra workload and emotion… But I also felt very privileged.

‘For me, I was tired, I was fatigued, it very much seemed like Groundhog Day, every day… But it was that anxiety. And there is still that anxiety, you know. We’re in a big second wave again.’

Vic Rayner, executive director at the National Care Forum, said social care staff were also struggling with their mental health as a result of the pandemic.

She said surveys had shown two in five felt stressed ‘all the time’, and the same number of staff say they are considering quitting because of their mental health.

Ms Rayner also blamed ‘high levels of death’ as one of the driving factors, as well as the lack of support they received during the initial peak.

More than 20,000 care home residents have died from Covid-19, in part because asymptomatic workers were allowed to freely move between care homes without being tested for the disease.

Experts say homes employing bank staff, who work at more than one facility, were more at risk from the coronavirus because it provided an opportunity for the disease to jump from an infected home into others.

But they are now required to ask staff to sign ‘exclusive’ contracts barring them from working in more than one home.

Meanwhile, Dr Nagpaul said that GPs were struggling to deal with the enormous backlog of patients caused by shutting down most services during spring.

More than 27million fewer GP appointments took place in the first lockdown, which experts fear will have led to the worsening of conditions.

Dr Nagpaul claimed GPs are now seeing on average 50 to 60 patients a day, with some dealing with up to 100 on a busy day. He said that across Europe the average family doctor only sees 20 to 25 patients per day.

Boris Johnson has promised a salary bump to doctors, nurses and other workers who have been fighting coronavirus on the frontlines by next April.

But 14 health unions have written to the Prime Minister calling for a pay rise for 1.3million NHS staff next month.

The unions have warned NHS staff could quit in droves if the PM doesn’t bump up their salaries heading into the deep winter months, when Covid-19 hospital cases are expected to soar.

Gordon Ramsay’s children Jack, Tilly and Holly spend the day on their dad’s boat in Cornwall