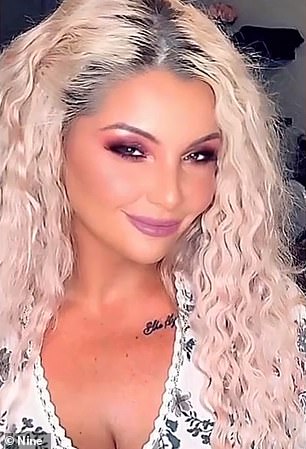 A ‘dodgy’ Melbourne hairdresser is accused of supergluing $750 hair extensions to his female clients and forcing them to give glowing reviews.

The man runs a business with more than 470,000 Instagram followers and hundreds of allegedly ‘scripted’ testimonies from customers.

Beauty therapist Melissa claims he refused to answer her calls after she was forced to shave all her hair off as a result of his ‘shoddy’ work.

“A few weeks later I noticed the glue started to bind with the other bits of my hair,’ she told A Current Affair.

‘I went to my hairdresser and he said: “He’s used Gorilla glue, it’s impossible to get out”.

‘He just needs to be stopped.’

The disastrous affects of Gorilla glue on hair were made abundantly clear earlier this year when American woman Tessica Brown, 40, put the adhesive in her own hair instead of hairspray.

Her hair was only saved when celebrity surgeon Michael Obeng spent four hours painstakingly removing it.

Melissa grew her luscious blonde hair for over a decade, said she was concerned about his’s behaviour from the start. 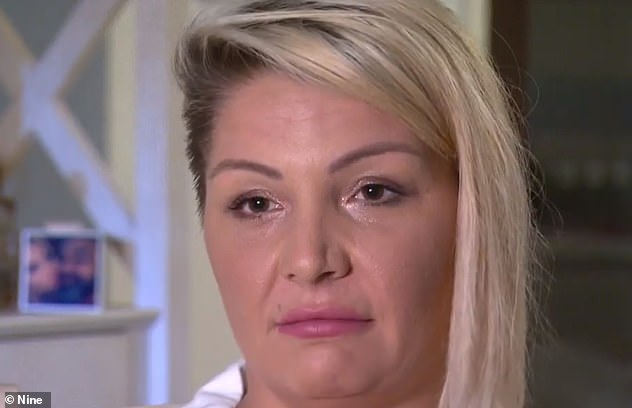 Melissa says he used Gorilla glue to hold her $750 hair extensions in place. This is the hair she was left with after having to get it cut off and fixed up

‘He gave me a different address and came out of nowhere and got me,’ the beauty therapist said.

‘He took me across the road, into some alleyway and into these apartments.’

She claimed the hairdresser asked clients to transfer him a $50 deposit labelled as a ‘gift’, before demanding cash in person after he completes the extensions.

Melissa confronted him on the streets of Melbourne, where he attempted to conceal his identity by wearing a hoodie and ran from TV cameras.

He eventually reached into his pocket and pulled out $700 in cash and handed it to Melissa before sprinting off through the city’s CBD.

‘I’m happy I got my money back but I have no hair, so girls look out for him, do not go to him,’ she said. 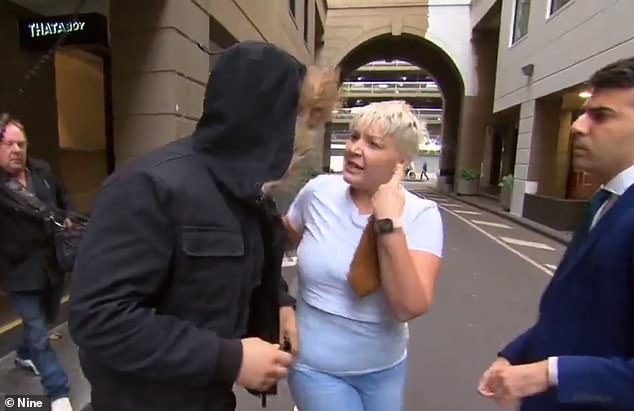 Melissa and ACA confronted him on the streets of Melbourne, who attempted to conceal his identity by wearing a hoodie and ran from cameras

Another unsatisfied customer, Tara, claimed he quoted her less than he demanded when speaking through Instagram then ‘followed’ her to the ATM to watch her withdraw the extra money.

‘He staying right behind me the whole time, it was really weird,’ she told the program.

Tara also claims the glowing reviews left on his Instagram page are fabricated and he pressures women to sit in front of a camera and read a carefully worded statement.

‘Towards the end of it he had my sit down and gave me a script he wanted me to go off, told me what he wanted to say and hit record,’ she said.

There are hundreds of reviews on the hairdresser’s Instagram page.

However, not everyone was on their side, pointing out that if you get cheap hair extensions from less-than-reputable operators you can’t expect a good result.

‘Well that’s what happens when you don’t go to a reputable hairdresser.at the end of the day she is carrying on like she has no hair,’ one wrote social media.

‘You don’t have bald patches or anything. You still have a full head of hair, just short. Why not just have patience and grow it. This is what happens when you go artificial.’ 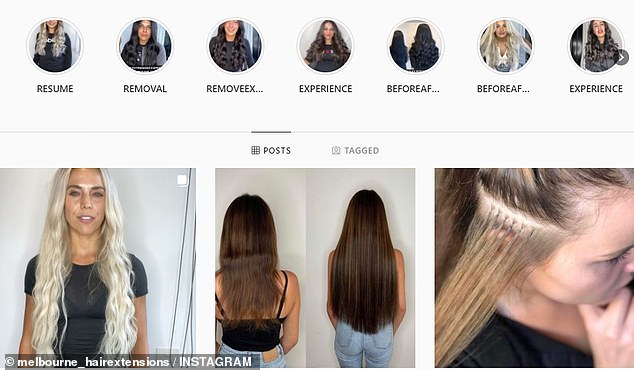 The man runs a business with more than 470,000 Instagram followers and hundreds of ‘scripted’ testimonies from customers

Another wrote: ‘For gods sake. She went to a unit. She knew something was dodgy about him. Yet she still gave him over $700.

‘Then decides to assault him and is all smiles when she gets most of her money back. Atrocious. She has no one to blame but herself. No sympathy here.’

Others criticised how aggressive Melissa was when confronting the hairdresser in the street.

‘Might have felt a little sorry for her own silly mistake but grabbing him, pushing him and screaming in his face is inexcusable and wouldn’t be tolerated If it were a man. It is physical assault on camera and aired,’ one wrote.

Another wrote: ‘I don’t care what he did, she can talk to him without physically assaulting him. It’s not right, shouldn’t be acceptable just because he’s a man. Karen gonna Karen, I guess.’