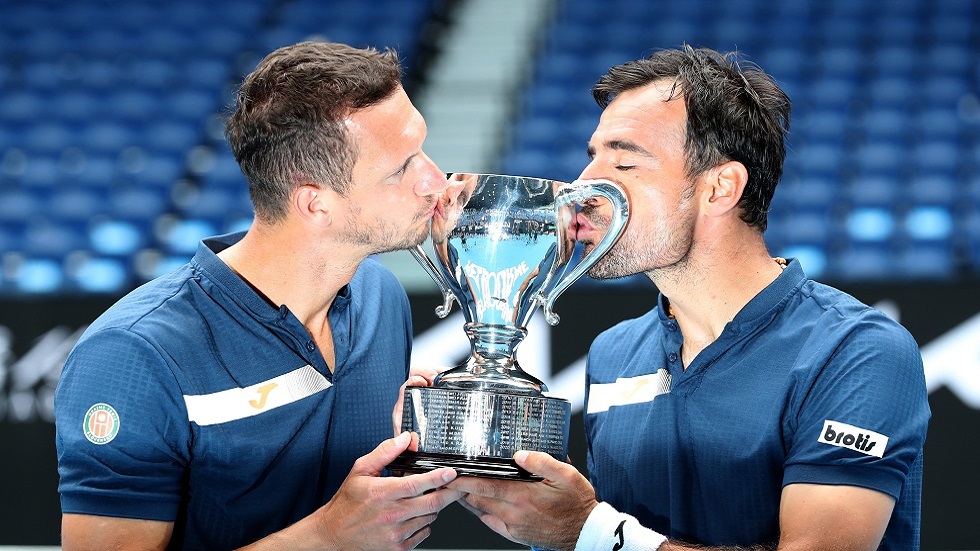 The couple, consisting of Croatian Ivan Dodig and Slovakian Philipp Polasic, won their first Grand Slam title together on Sunday when they won the men’s doubles title in the Australian Tennis Championships.

Dodig and his colleague Pulasik were crowned at the expense of the defending champion duo, which includes American Rajiv Ram and Britain’s Joe Salsbury.

Dodig and Polasik dominated the final match that was held at the “Rod Laver” stadium, which lasted 88 minutes, and broke the opponents once in each group, to win two sets without a response, details 6-3, 6-4.

This is the first major title won by Polasik, 35, who returned from retirement in 2018, while Dodig won his second major title in this category, after being crowned champion of the men’s doubles at the French Open, in 2015 with Marcelo Melo.

Also by winning today, Polasik became the second Slovak to win a major title after his compatriot Daniela Hantuchova, and gave the title to his daughter, who was recently born.

On the other hand, the defeat prevented Ram, 36, from winning his second title in the current tournament, after winning the mixed doubles title with Czech Barbora Krichikova, on Saturday.