A competitor at a high school sports event in Utah had the race of her life – when a dog owner let go of the leash, and the speedy hound beat her to the finish line.

The event, the Grizzly Invitational, was held on April 17.

Laney was confidently heading for victory, until Holly made a late entry to the race. 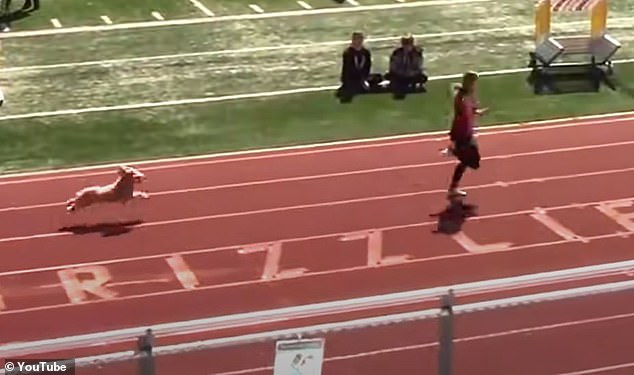 ‘And then I kind of realized that it was really small.’

Video from the race shows Holly dashing from a grassy knoll above the track, dragging her lead behind her, and making impressive progress to catch Laney.

‘After watching the video, I thought, ‘Holy cow, that dog is so fast,’ Laney said.

‘So I thought it was kind of funny that I got beat by a dog.’ 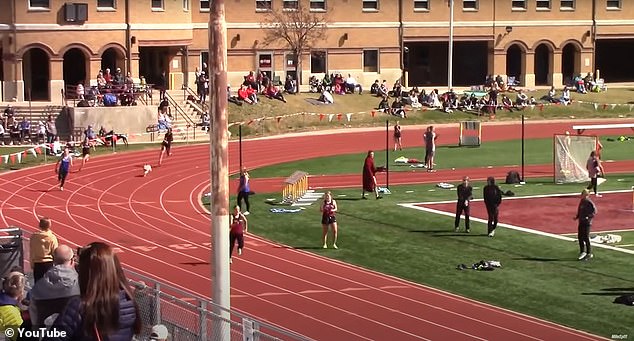 Holly the dog, in lane three, bolted down from the grassy knoll above and dashed after runners

Laney was almost at the finish, but Holly was catching her up 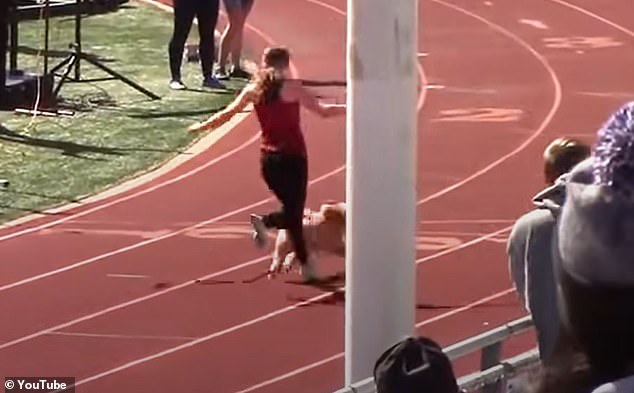 Laney said she was worried about stepping on Holly with her spikes, but only stood on her lead

She said she was focused on finishing, but also concerned that the dog might bite her, or that she would step on the dog with her spikes.

The crowd’s cheers rose to a crescendo – which Laney thought were for her, until she saw the dog.

Laney said she never found out who owned the dog, but she would like to meet her one day.

‘Looking back, I really wish I had gotten a selfie or something with it,’ Laney said.