Dogecoin price Prediction – Will Dogecoin Be a Good Investment in 2020?

Are you currently holding some Dogecoins and want to know what the future holds for the project? Or maybe you’re wondering what is the dogecoin future price prediction 2020? Either way, this Dogecoin [DOGE] price prediction  will cover all of your queries!

This Dogecoin price prediction will begin by briefly explaining what Dogecoin actually is. This will be followed by the future of Dogecoin.

Dogecoin is a peer-to-peer (P2P) open source cryptocurrency. It is classified as an altcoin and was founded in December 2013 with a Shibu Inus (Japanese dog) as its logo. Dogecoin appeared informal in its method but is gaining wide approval for online transactions.

It is a decentralized digital currency and uses P2P technology to accomplish its performances. Dogecoin is scrypt based (i.e. based on a password key) and facilitates quick payments to anyone, anywhere across the globe.

DOGE is currently trading at $0.00264 after gaining around 3% within the last 24 hours. The top cryptocurrency was not left out of a bull market which began around 24 hours ago in which bitcoin has crossed the $10k mark.

Dogecoin price seems to show correspondence to that of bitcoin in that it rises and falls with BTC. At the moment, dogecoin has a market capitalization of $329.68 million and over $196 million has been exchanged in volumes in the last day.

Its most distinct feature, however, is its mascot. The developers of Dogecoin chose a “fun” approach towards its development.

Dogecoin was created by Billy Markus, Oregon, and Jackson Palmer. It was introduced as a joke, but who knew it would become so significant in the crypto world. It is also used by retailers to receive payments.

Dogecoin made its debut in December 2013 at $0.0006 with a $3.5 million market capitalization. For a year, Dogecoin was on an upward trajectory and doubled exponentially.

But the year 2014 was not as good for Dogecoin, New cryptocurrencies emerged on the market, such as NEO, Stellar and Monero, and traders turned their attention to them. DOGE’s price fell to $0.0001.

Co-founder Jackson Palmer quit the project unexpectedly in 2015. He explained that he preferred to concentrate on the technical aspects of the blockchain. With the news, the world began to speak of DOGE’s impending death, but this did not happen.

Dogecoin, however, did not cross the $0.0002-0.0003 price range until 2017. Yet consumers purchased coins for personal payments, and the capitalization of the altcoin rose steadily. Then the value of the coin increased dramatically to $0.003 in the spring of 2017 and further continued to grow.

But many altcoins started to decline in price already at the beginning of 2018, as several Southeast Asain countries began tightening state regulation on the cryptocurrency sector. Dogecoin was no different, but it recovered quickly and the price became steady. At the end of January 2018, Dogecoin hit an all-time high of 2 cents, and its capitalization approached $1 billion.

The altcoin though, traded sideways in 2019 for much of the year. A little bit of surge escorted the market price up to around $0.004 around July of the year, but later lost much of these returns by the end of the third quarter. Dogecoin was back tethering at $0.003 in late 2019.

Dogecoin is likely to pick up, as people are realizing it’s worth and they are getting over it being a mere crypto joke. Further, The coin might touch the $0.02 mark, where the highest expected price is $0.0294 and the minimum expected price will be $0.0224.

Dogecoin is very popular in the industry. Though it started as a joke coin, it has managed to hold its ground. With the positive trend, DOge might be a good investment idea. Experts predict DOGECoin to reach Upto $0.00415230 USD by 2021.

The technical analysis using the algorithm says that the price of Dogecoin (DOGE) will not decrease or fall or drop in the long term. Moreover, the coin may face turbulence, but the chances of a crash are less likely.

In the coming five years, the DOGE is predicted to reach $0.02 mark as per top industry experts.

Let us now consider Dogecoin predictions from distinct sources, which will give us a better idea:

1) Zakaria M: Zakaria M, one of the eminent Steemit bloggers, claims that a single Dogecoin would be worth $1 in a time frame of 5 years. It was also added that $1 or even $10 a Doge is reasonable in five years with all other fiat currencies moving in and out of Doge.

3) Wallet Investor: The WalletInvestor.com website contains predictions for just about every altcoin in the market where it claims that Dogecoin would cost $0.00376 in one year. Wall Investor also claims that in five years, the token could be worth as much as $0.00868.

From the optimistic point, DOGE can reach $0.0121 after 5 years from now. According to technical analysts, the coin will definitely experience price fluctuations but, volatility will not impact this coin to a major extent. Hence, the assumption is that for a long term basis, DOGE can be a good investment.

on March 31, 2020; the IRC tipbot Doger will be shutdown. The update won’t affect the coin price. Users cannot donate to the coin using this bot.

Dogecoin is now a part of Coinbase Wallet. The wallet app is available on both Android and iOS. Also, the coin tied up with Trippki, which is a hotel booking site. We expect these positive developments to have a short term and medium term bearing on the coin.

Dogecoin is offering a reward of 1 DOGE for each verified account and moreover, they will donate 1000 DOGE to Grateful dog’s rescue.

3. Dogecoin Moons Due To Tiktok Challenge

Recently, about a week ago, some younger generations of Tiktok users started a life-long challenge to moon Dogecoin to $1. According to the challenge tagged ” Let’s all get rich”, these influencers are promoting Dogecoin with exclusive videos which in turn, are instigating drastic market traction. Within a span of one week, the coin has grown at around 85% and touched a record $0.0047 within the last day. 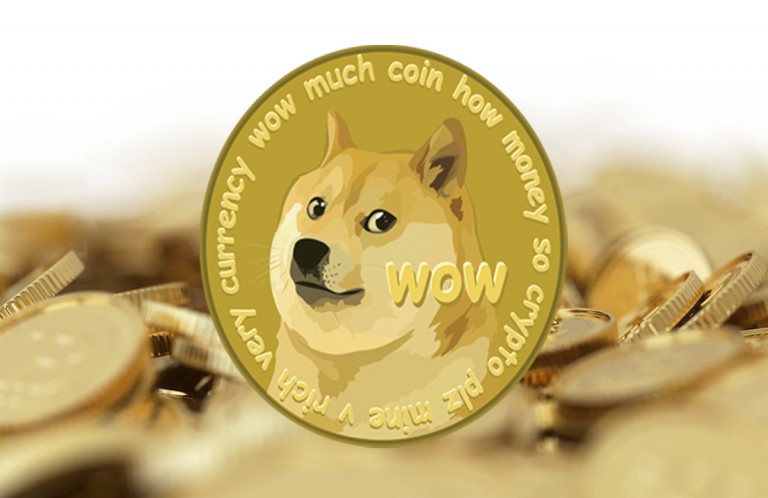 Dogecoin price analysis – Will Dogecoin Be a Good Investment in 2020?

we predict future values with technical analysis for wide selection of digital coins like Dogecoin. Check out the detailed Dogecoin price analysis