DOMINIC SANDBROOK: Students at low risk are paying such a high price 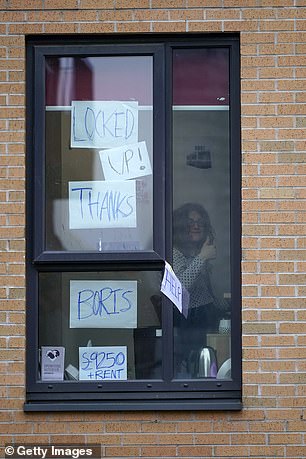 There is nothing quite like your first few weeks at university. A new life outside the parental home, a new city, new friends and new experiences.

A chance to challenge yourself: to find new interests, make lasting friends and take those magical first steps into adulthood. Pubs and nightclubs, sports and societies, late-night conversations and mid-morning hangovers — these are memories that stay with you for decades.

However, this year’s students will remember things rather differently. For reports from Britain’s universities in the autumn of 2020 read like desperate appeals from some city under siege, or the plaintive entreaties of political prisoners, thrown into crowded cells with no hope of escape.

‘On Thursday night, there was just widespread panic … It was utter chaos … There was a mad rush to the train stations and airports … Why would anyone want to stay?’

‘It feels a bit like a prison… I’m sharing with 12 people… We’ve seen the police circulating outside a few times … It’s been a bit of a shock. I felt really trapped.’ 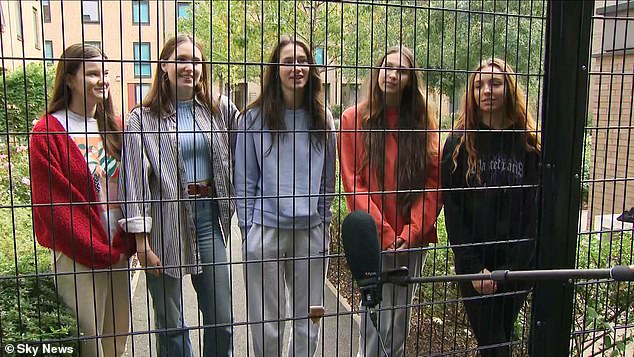 Five of the 1,700 students under lockdown at the Manchester Metropolitan University (MMU) campuses of Birley and Cambridge Halls

Such are the words of Glasgow’s university students, imprisoned in their halls of residence after the Scottish Government ordered a total lockdown. And they are not, of course, alone. In Manchester, 1,700 students have been ordered to stay inside their bleak accommodation blocks for two weeks after a spate of coronavirus cases.

‘We were getting ready to go out,’ one girl told the BBC, ‘and looked out to [find] security and police outside the halls. They say we can’t leave … They seem to be holding us in against our will.’

Even allowing for youthful exaggeration, these stories are a national embarrassment. But they merely reflect a much bigger and more disgraceful story.

University managers and lecturers’ unions have had months to prepare for the beginning of the academic year, as has the Government. Yet, as more than 2 million students flood back to campuses, the higher education system is on the verge of collapse. 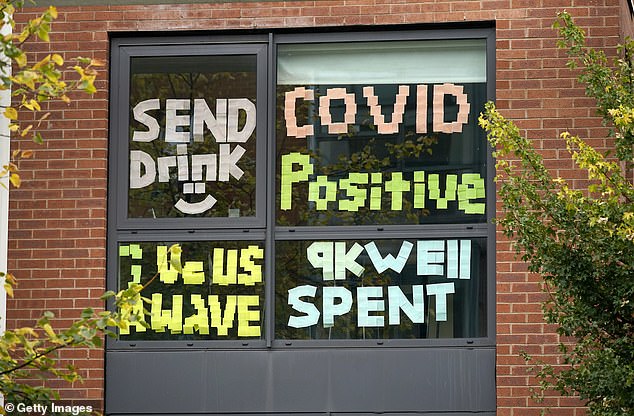 Some 40 institutions are now reporting Covid-19 cases. There is talk of students not being allowed home for Christmas, and some are demanding fee refunds. Students don’t always get a good press, I know. I’ve written about the mad excesses of student activists, the kind of people who pull down statues and howl at visiting speakers. However, they are only a noisy minority.

Most students are simply ordinary, decent youngsters, who have worked hard to win their places. Rarely has any generation been so comprehensively short-changed.

Of course, the pandemic is a trial without precedent, and even the most robust system would struggle to cope. But if you talk to any student, the sense of betrayal is overwhelming.

For months, it has been obvious that universities were facing a colossal challenge, with millions of youngsters flocking back at the point when scientists feared a second Covid wave. Some academics wanted to switch to online-only courses, which would mean students staying at home. The universities said no, because they were banking on students’ rent money.

The Government also said no, because ministers believe many towns — not just blue-chip St Andrews, Durham and Exeter, but also blue-collar Wolverhampton, Derby and Sunderland — have become dependent on student spending.

And students said no, too. After months in lockdown, most were desperate to get away from Mum and Dad. They wanted a full university experience, with friends and clubs and all the rest of it.

So the universities duly prepared for the students to come back. Or rather, they didn’t. 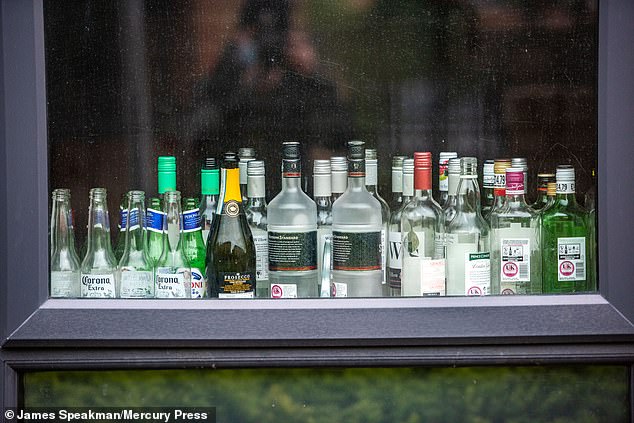 As academics will tell you, they’ve never been given a clear plan. Most institutions have ordered them to teach each course twice: face-to-face, for students on campus; and online, for students at home.

As the universities refused to invest in proper technology, such as Zoom, their systems are crashing under the strain. Some academics told me that they begged their bosses for technical support, or for part-time tutors to shoulder some of the burden.

But most universities got rid of their part-time tutors as soon as coronavirus struck. Oxford put hundreds of academics on furlough — yet its vice chancellor, Louise Richardson, refused to forego a penny of her gigantic £452,000 pay package. That says it all.

Of course, vice chancellors’ greed is nothing new. However, these failings have been compounded by the attitude of the lecturers’ union, the University and College Union (UCU), which has behaved disgracefully throughout.

Under its hard-Left chief Jo Grady — armed with her degree in ‘industrial relations’ — the UCU has discouraged its members from going back to work.

Last month, Ms Grady claimed the Government was deliberately ‘turning universities into the care homes of a Covid second wave’ — a staggeringly tasteless and irresponsible thing to say, given the risk to students is so small.

I spoke to one friend, a head of department in a northern university, after he had come out of an online meeting with the union. ‘Basically,’ he said, ‘they don’t want us to come into work at all.’ What about the students? ‘Oh, they don’t give a **** about the students.’

None of this, though, is very surprising. The risible ineptitude of university bosses, the stroppiness and stupidity of the union — these are not glitches. They have long been built into the system.

The real blame belongs at the top, with the Government. For all of this was foreseen long ago. For months, university leaders have been begging ministers for guidance.

But from the universities minister, Michelle Donelan, and the hapless Education Secretary, Gavin Williamson — the least impressive Cabinet minister in my lifetime — there has come no lead at all.

Instead, ministers insisted universities resume business as usual. Yet they never gave them the resources to do it properly, and never made contingency plans for the inevitable coronavirus outbreaks at the beginning of term. 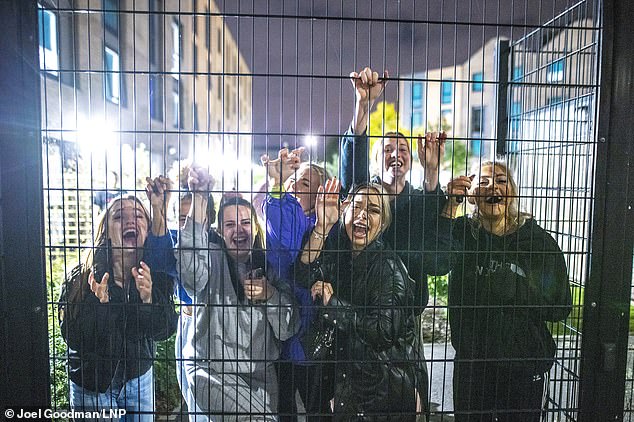 For the universities, this is a disaster. Some may go bust; and let’s be honest, that might not be such a bad thing. For too long we have shovelled youngsters into glorified degree factories, and a sweeping rethink is long overdue.

But the implications are, I think, even wider. Depressingly, this is one example of a deeper malaise. It is nine months since the first coronavirus cases were reported in China, but the Government still flounders from crisis to crisis in a state of befuddlement.

There is no hint of strategy. Another Prime Minister would have used the summer as a chance to sit down, plan for the worst and brief the nation. Instead, Boris Johnson appears to be making it up as he goes along. So new lockdown regulations are invented every week, apparently at random.

Meanwhile, students are locked in their halls and told they may not be allowed out for weeks. That, I think, is the cruellest irony of all this. The people who are paying the biggest price are those least at risk — the young, who’ve already sacrificed so much to protect their elders.

Imagine being an eager 18-year-old, just off to university. You’ve dreamed of this moment for years: a taste of freedom, a chance to discover yourself … and here you are, locked in your room, with security men outside to stop you leaving.

If it happened abroad, we’d think it a shambles. But it’s happening here. And everybody involved — the universities, the union and yes, the Government — should hang their heads in shame.