Anyone who beats Rafael Nadal and Novak Djokovic in the same week can call themselves a deserving winner of any tournament.

So, perhaps unlike when he claimed September’s US Open, there can be no arguments about the worthiness of Dominic Thiem if he carries of the ATP Finals title in London on Sunday evening.

The 27 year-old Austrian finally came through a strange encounter with the world number at the O2 Arena today, beating him 7-5 6-7 7-6 in nearly three hours and on a sixth match point. He will face the winner of last night’s second semi-final between Nadal, who he defeated in the group stage, and world number four Daniil Medvedev. 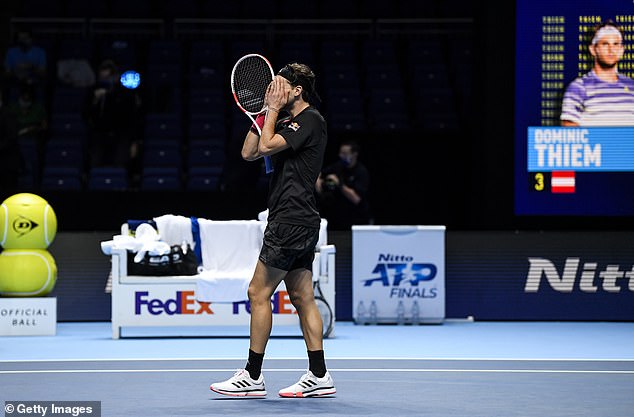 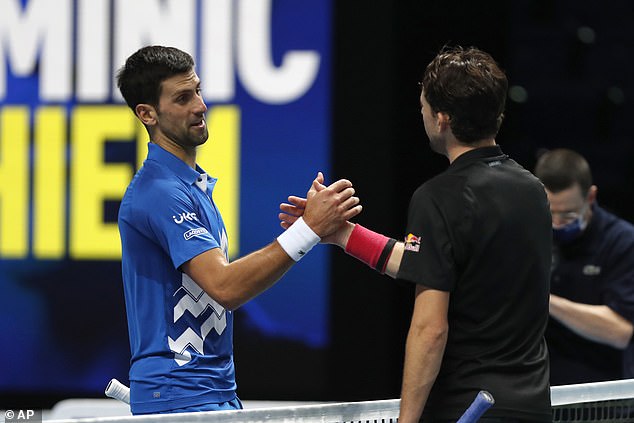 This was a peculiar end to a peculiar year for Djokovic, who ends it as the highest ranked player in the world, for all the wider erosion of his reputation that has taken place.

More likely to be remembered than his ranking or Australian Open title will be the default from the US Open, his declaration of left field ideas on medical matters and the disastrous organisation of his Covid-spreading Adria Tour.

Yet he came close to ending the whole thing on a winning note, because at 4-0 up in the sudden death tiebreak at the end he looked the sure-fire victor, with his opponent consumed by frustration and self-doubt. 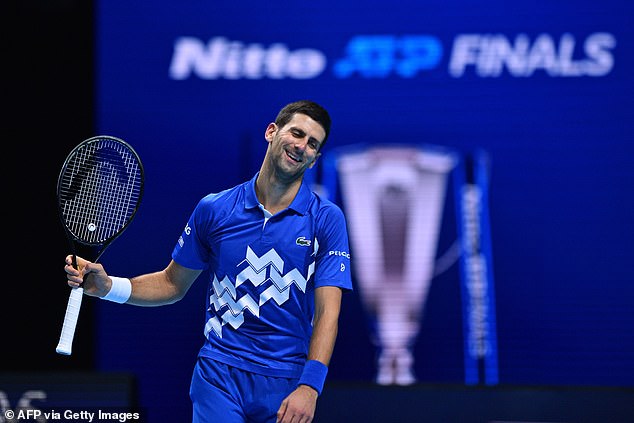 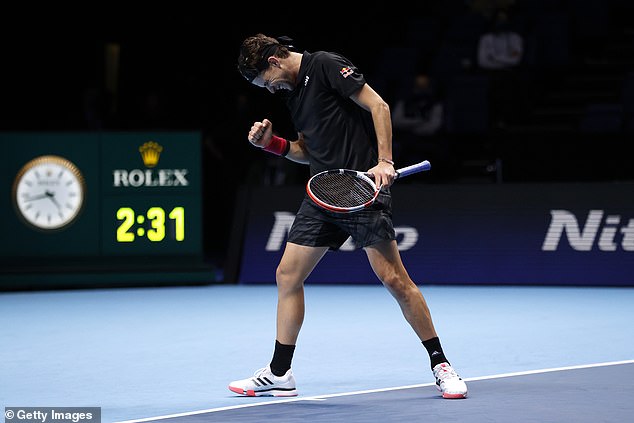 In such a desperate situation Thiem, who had held four match points before losing the second set tiebreak 12-10, finally opened his shoulders again and blitzed his way through to clinch it 7-5 at the end.

Djokovic afterwards appeared to be in shock, and in no way was he happy to see the back of what has been a challenging season for all involved.

‘I am not relieved, it’s just disappointing to finish the season with a loss like this,’ said the 33 year-old Serbian.

‘What he did from 0-4 in the third-set tiebreaker was just unreal. I mean, I don’t think I played bad. Actually, I made all of my first serves. He just crushed the ball. Everything went in from both corners.’ 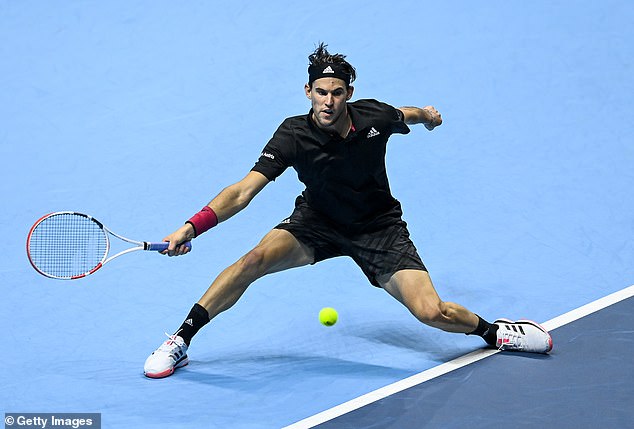 After missing chance to win in second set, it looked to be slipping away but Thiem fought back

Thiem really does look some player when he is in that mode. He is not the most ruthless closer of matches when front running, but hits the ball off the ground with such power that he is capable of ascending all the way to the top in 2021.

While not having a massive serve, his ability to swing it wide makes it a real handful. This evening he will seek to become the sixth different winner of this event in six years, a sequence going back to 2015, when Djokovic took the last of four straight titles here. 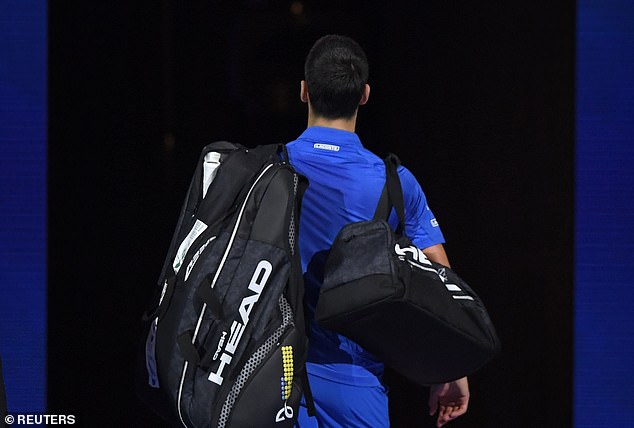 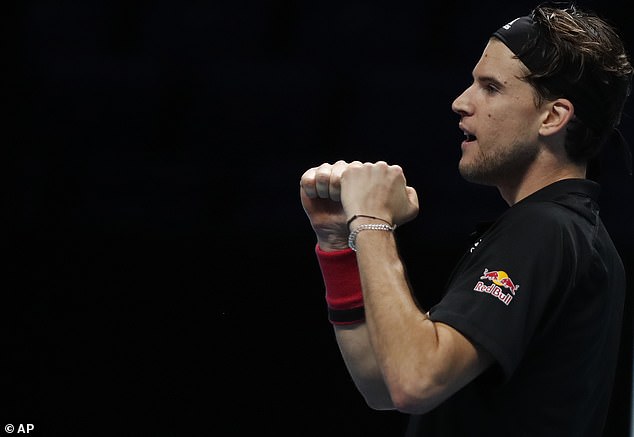