The Atlantic reported that Trump’s aides have been telling people that the president’s special guest is Tony Bobulinski, who told The New York Post he had heard the father and son talking business, something the former vice president has denied.

Trump pulled a similar stunt in 2016 when he paraded three women who accused President Bill Clinton of varying degrees of sexual harassment and assault – Paula Jones, Kathleen Willey and Juanita Broaddrick – around before and after the debate and had them sit in the audience to face his rival, Democrat Hillary Clinton.

Trump left the White House with first lady Melania Trump shortly after midday for the flight to Nashville, TN, for the debate. It was the first time she has been seen since being diagnosed with coroanvirus after the first debate.

Earlier, the Biden campaign said he, too, tested negative for COVID-19. 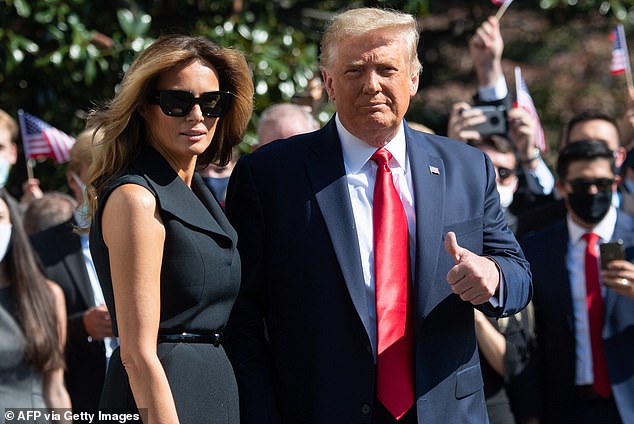 Off to Nashville: Donald Trump left for the second debate with First Lady Melania, her first public outing since being diagnosed with COVID 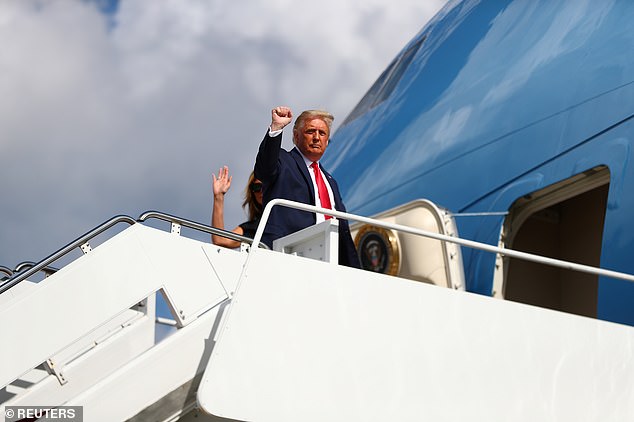 Final showdown: Donald and Melania Trump board Air Force One for Nashville on their way to the second debate with Joe Biden 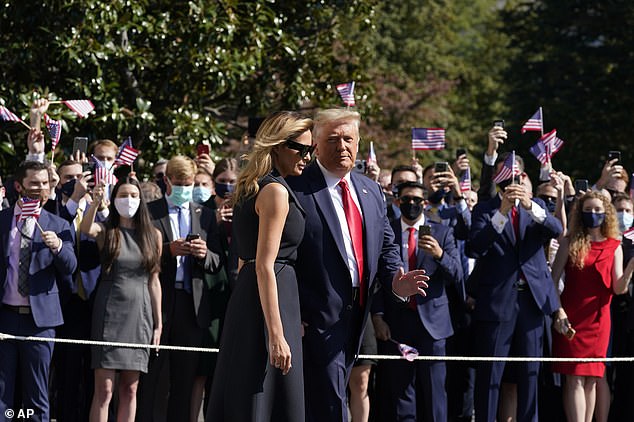 Good luck: White House staff were lined up on the South Lawn to cheer off the president and first lady on their way to Nashville. The usual practice of inviting outside guests has been canceled for the pandemic 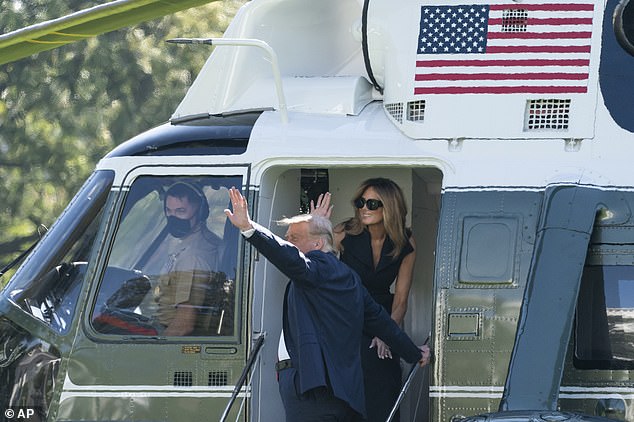 Goodbye: Trump waves to White House staff as he prepares to take off on Marine One for Joint Base Andrews to transfer to Air Force One 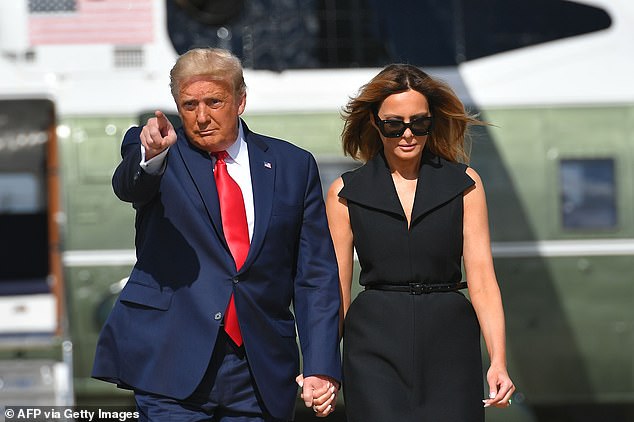 On my way: Trump walked hand in hand with Melania on his way from Marine One to Air Force One 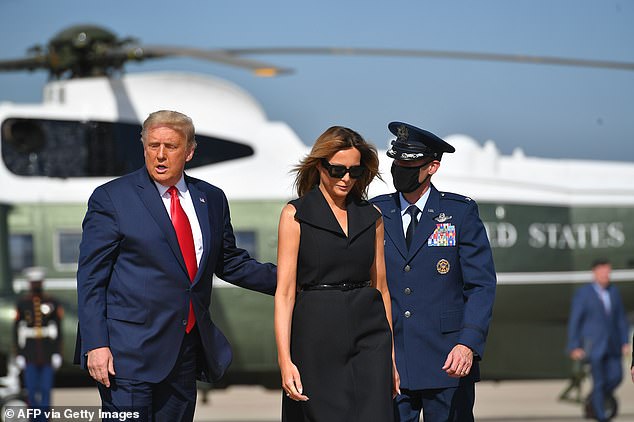 One person is masked: An Air Force officer escorting Donald Trump on board Air Force One was covered up – unlike the president and the first lady 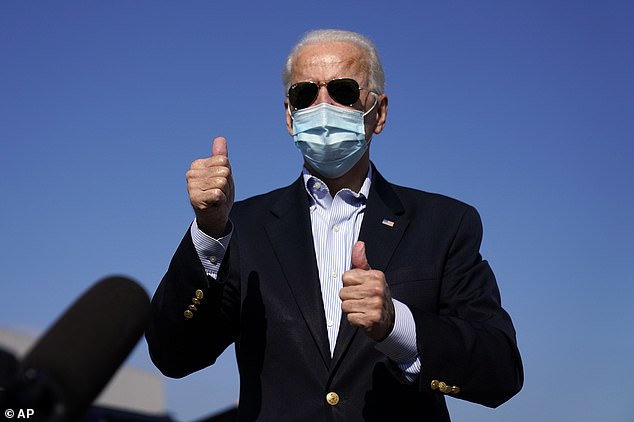 Off to debate: Joe Biden flew from New Castle in Delaware to the debate just after Donald Trump, with a thumbs up as he boarded his chartered jet 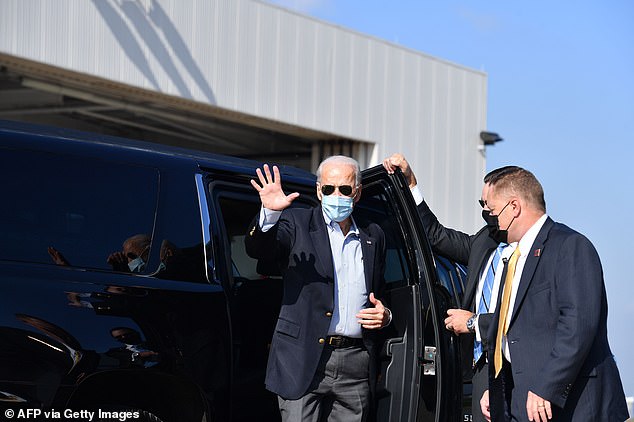 On my way: The former vice president headed to the debate with an advantage in the polls 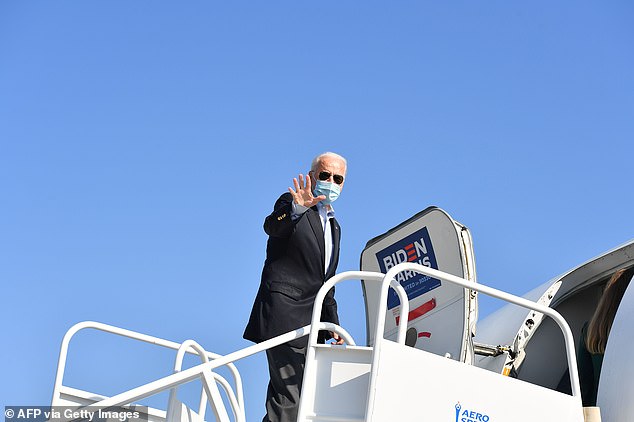 D-day: The debate the second and final time that Biden and Trump will face off 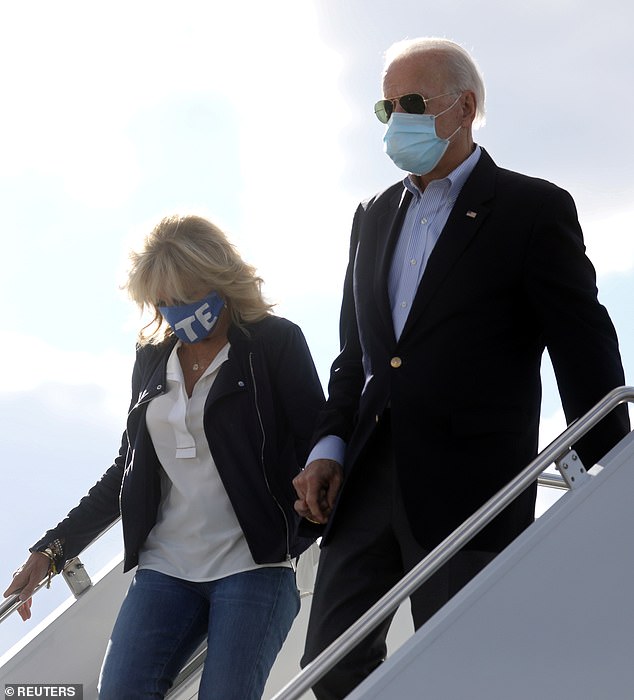 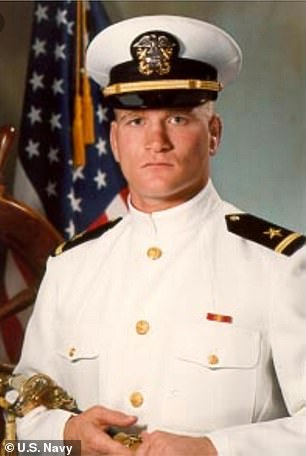 It is the final debate of the election – the previous one got scratched after Trump refused to take part in a ‘virtual’ format after getting the coronavirus – and represents an opportunity with dwindling time for the president to try to reset the race.

New changes imposed by the bipartisan debate commission will silence the opposite candidate’s microphone during opening statements, after widespread denunciations of the first encounter. But they will each be free to interject later in the debate.

The president’s combative stance was on display with an interview he taped with CBS’ ’60 Minutes,’ where he complained to interviewer Lesley Stahl after she asked if he was ready for ‘tough questions.’

‘But you’re OK with some tough questions?’ she asked him.

Trump has used prior debates for theater, following 2016 rival around the stage in 2016. Clinton said he ‘literally stalked me.’ Trump’s team also brought former Bill Clinton rape and sexual assault accusers to the debate in a play to get inside his opponents’ head.

Biden sent a signal of his own – blowing up at a reporter who asked him about the subject several days ago.

On Wednesday, he teed off when a local Wisconsin reporter asked him about it in a TV interview. ‘This is the same garbage Rudy Giuliani, Trump’s henchman, it’s a last-ditch effort in this desperate campaign to smear me and my family,’ Biden said. 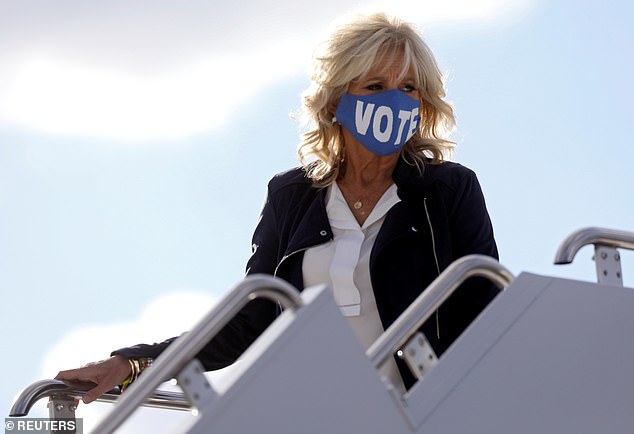 Jill Biden arrives in Nashville, Tennessee wearing a ‘VOTE’ facemask, similar to one sported by President Barack Obama in Philadelphia on Wednesday 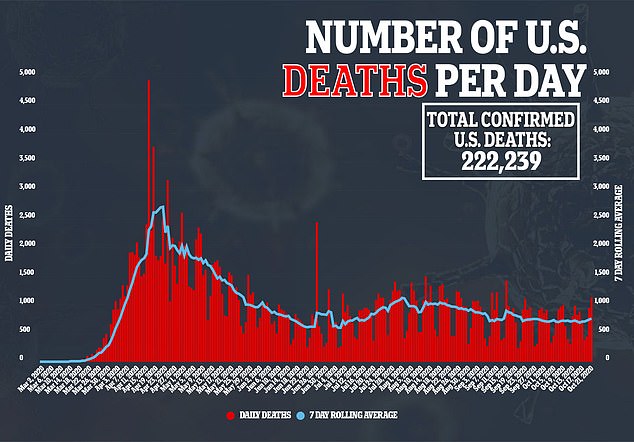 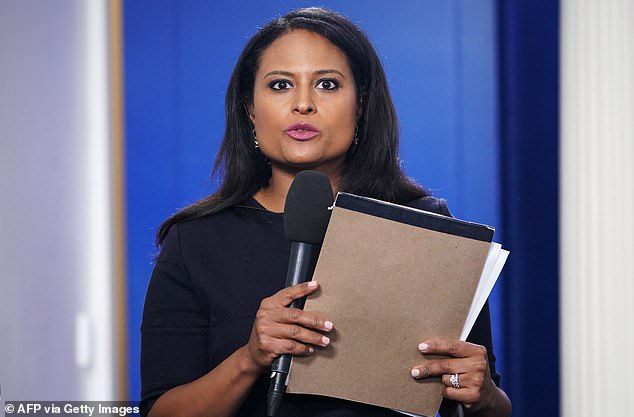 BE PREPARED: Trump has already torn into moderator Kristen Welker

Trump was holding a fundraiser in Nashville just five hours before the debate is set to start.

It’s OK if you don’t watch