Donald Trump defended his previous claims that Joe Biden has referred to black American men as ‘super predators’ by insisting Sunday morning that his ‘sources’ told him the Democratic nominee has used the phrase.

‘Joe Biden called Black Youth SUPER PREDATORS. They will NEVER like him, or vote for him. They are voting for ‘TRUMP,” the president tweeted Sunday morning.

Just a few hours later he added in a second tweet on the subject: ‘Joe Biden constantly used the term ‘Super Predator’ when referring to young Black Men, according to my sources.’

Trump’s tweets Sunday morning are a repeat, and further defense of claims he made at both debate face-offs with Biden earlier this fall. 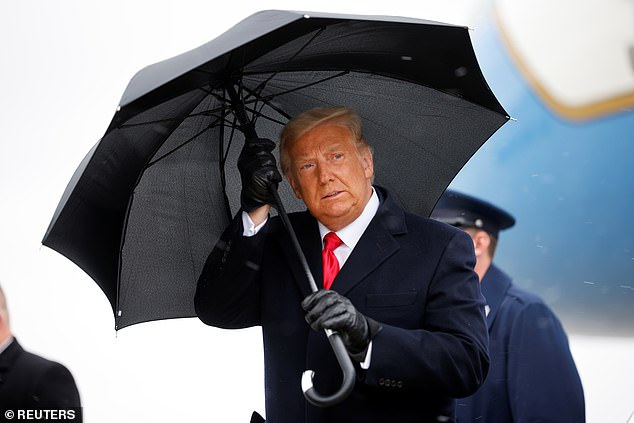 President Donald Trump defended his attack line that Joe Biden has called black men ‘super predators’, as he claimed his ‘sources’ told him it was true 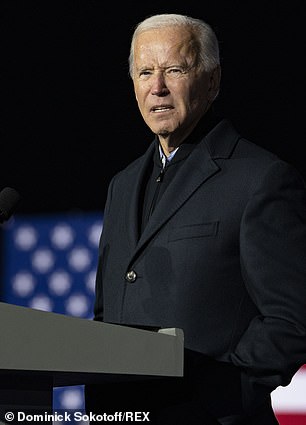 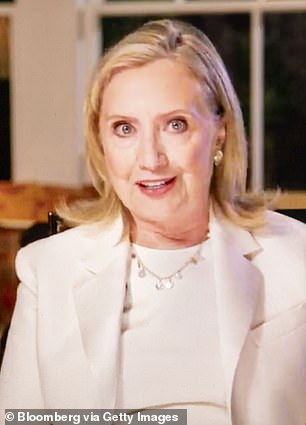 It appears the president was mistakenly conflating two different remarks from Biden and ones from Hillary Clinton. Biden did call criminals ‘predators’ in a 1993 speech, and in 1996, Clinton used the phrase ‘super predators’ when talking about young gang members

It appears, however, that the term ‘super predator’ was never used by Biden, and instead was a phrase employed by Hillary Clinton in 1996 when she was speaking of the Violent Crime Control and Law Enforcement Act, which her husband, then-President Bill Clinton, signed into law.

Biden, who was chair of the Senate Judiciary Committee when the legislation was making its way through Congress, did refer to criminals as ‘predators’ more than once during a 1993 speech in support of the bill.

He repeated a similar claim during the second, and final debate in Nashville, Tennessee less than a month later.

‘Again, [Biden’s] been in government 47 years. He never did a thing except in 1994 when he did such harm to the Black community, and he called them super-predators. And he said it, ‘super-predators,’ and they have never lived that down,’ Trump said during the October 22 televised face-off.

The accusation from Trump appears to be a conflation between Biden’s remarks and ones made years later by Hillary Clinton.

In Biden’s 1993 remarks, the then-senator from Delaware said ‘it doesn’t matter’ what made a young person into a criminal, but it only matters that ‘they must be taken off the street.’

‘If we don’t, they will — or a portion of them will — become the predators fifteen years from now, and Madam President, we have predators on our streets that society has in fact in part because of [our] neglect created,’ he said during his Senate-floor speech.

About three years later, Clinton made her ‘super predator’ remarks while making an approving speech of the bill combating violent crime.

‘[W]e have finally gotten more police officers on the street. That was one of the goals that the President had when he pushed the crime bill that was passed in 1994,’ Clinton said of her husband’s goals as president. 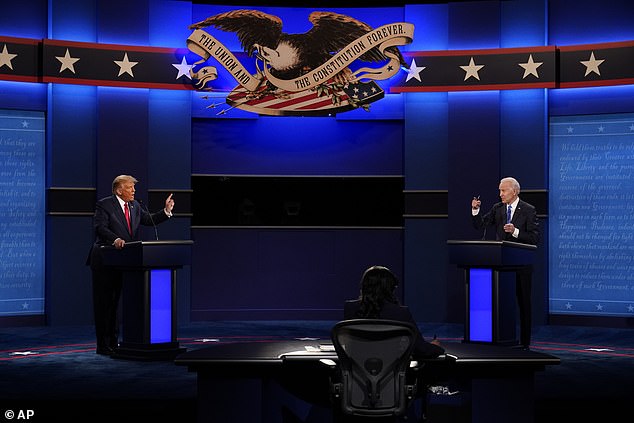 During both debates against Biden earlier this fall, Trump referenced the claim that the Democratic nominee  used the phrase ‘super predator’

‘They are not just gangs of kids anymore; they are often the kinds of kids that are called super-predators: no conscience, no empathy,’ Clinton said. ‘We can talk about why they ended up that way, but first we have to bring them to heel, and the President has asked the FBI to launch a very concerted effort against gangs everywhere.’

Clinton was not specifically referencing black people during her remarks, but due to the context of her speech, many felt she much as much.

When running for president two decades later, Clinton acknowledged she shouldn’t have used that term.

‘In that speech, I was talking about the impact violent crime and vicious drug cartels were having on communities across the country and the particular danger they posed to children and families,’ she said while running for president against Donald Trump. ‘Looking back, I shouldn’t have used those words, and I wouldn’t use them today.’