BREAKING: Donald Trump ‘decides to pardon Steve Bannon’ after his former aide was charged with defrauding MAGA supporters out of millions

Donald Trump has decided to pardon Steve Bannon in one of his final acts from the White House, CNN reported Tuesday.

The outgoing president’s former aide was was charged with defrauding MAGA supporters out of millions over the border wall.

Bannon, 67, helped Trump win election in 2016 and was a senior White House adviser.

He pleaded not guilty to charges that he defrauded donors to ‘We Build the Wall,’ an online fundraising campaign that raised $25 million.

Sources told Bloomberg Trump could yet change his mind over pardoning Bannon. CNN say the decision to grant him clemency was a ‘last minute’ one and is not final until the president signs the paperwork.

The two men had fallen out after Bannon was quoted calling Don Jr. ‘treasonous’ and Ivanka ‘dumb as a brick’. Trump said then: ‘Steve Bannon has nothing to do with me or my presidency.’ 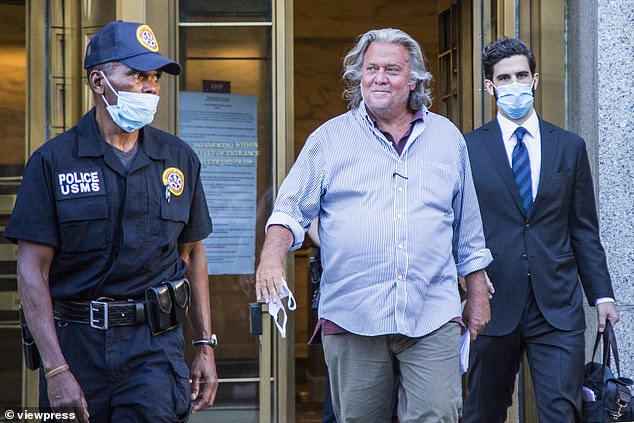 Trump had been expected to grant clemency to rapper Lil Wayne in a final wave of more than 100 pardons and commutations on his last full day in office.

Two sources familiar with the discussions, who spoke on condition of anonymity, said Trump appeared to have been dissuaded from pardoning himself or members of his family.

Lil Wayne pleaded guilty last month to possessing a loaded, gold-plated handgun when his chartered jet landed in Miami in December 2019. He faces a sentence of up to 10 years in prison at a Jan. 28 hearing in Miami.

The rapper appeared to support Trump during last year’s presidential campaign when he tweeted a photo of himself with the president and said he backed Trump’s criminal justice reform program and economic plan for African Americans. 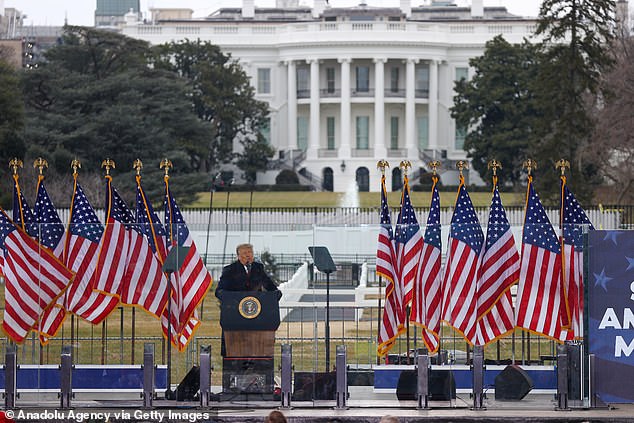 The sources confirmed a New York Times report that the list of pardons and commutations is expected to include former New York Assembly Speaker Sheldon Silver, 76, who was convicted of corruption charges in 2015.

Julian Assange, the WikiLeaks founder, was not expected to get a pardon, according to Reuters.

The U.S. Justice Department in 2019 asked Britain to extradite Assange to the United States to face charges that he conspired to hack U.S. government computers and violated an espionage law.

A British judge ruled two weeks ago Assange should not be extradited to the United States, saying his mental health problems meant he would be at risk of suicide. 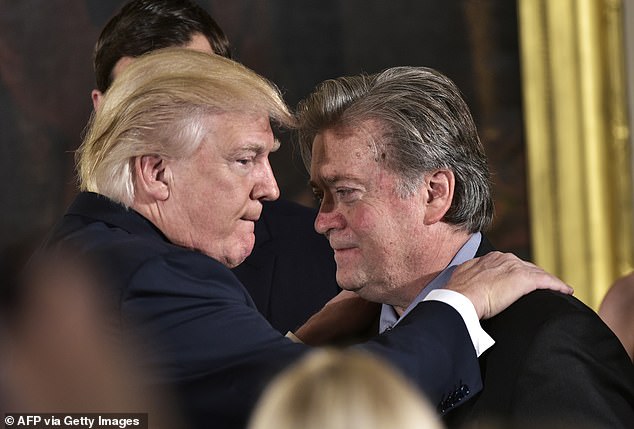 The two men had fallen out after Bannon was quoted calling Don Jr. ‘treasonous’ and Ivanka ‘dumb as a brick’. Trump said then: ‘Steve Bannon has nothing to do with me or my presidency’