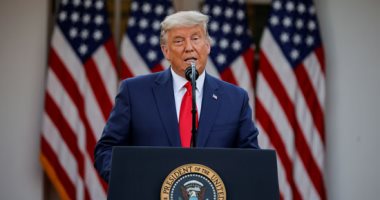 US President Donald Trump threatened Iran, in a new tweet he posted on his account a short while ago, after the US embassy in Baghdad was bombed with several missiles last Sunday, saying, “Guess where they came from, Iran? We are currently hearing about repeated attacks against Americans in Iraq.”

He added in another tweet on his account, saying, “I will give them some friendly advice to Iran. If an American is killed, I will hold Iran responsible, so think carefully about that.”

Our embassy in Baghdad got hit Sunday by several rockets. Three rockets failed to launch. Guess where they were from: IRAN. Now we hear chatter of additional attacks against Americans in Iraq … pic.twitter.com/0OCL6IFp5M

The Security Media Cell in Iraq had announced that the source of the rockets that fell on the Green Zone in the center of the capital, Baghdad, was from the Rashid camp, and the Alsumaria News published a number of pictures of the platform from which the missiles were launched.

The cell indicated – in a statement reported by the Iraqi National News Agency (NINA), that the bombing caused material damage to a number of buildings and a number of civilian cars without human losses..

For its part, the American Embassy in Iraq condemned the missile attack on its compound in the Green Zone in Baghdad, saying that it caused minor damage but did not result in any deaths or injuries..

In a statement, the embassy called on “all Iraqi political and government leaders to take steps to prevent such attacks and hold those responsible accountable.”“.

Why wouldn’t any other player be able to break Messi’s record goals?