A £14,000-a-year private school has apologised after a group of students posted an ‘offensive’ video bragging about how wealthy they are.

Hill House in Doncaster, South Yorkshire, said the TikTok clip was ‘in bad taste’ and did not represent the ‘tone or demographic’ of the institution.

The footage starts as six sixth-formers – four boys and two girls – sit on a sofa in a communal area of the 108-year-old facility.

Singing to the music and tune of Empire State Of Mind by Jay Z and Alicia Keys, one says: ‘This one goes out to all my chaps and chapettes with a fat trust fund.’

The video cuts to another holding a large wad of cash, which he waves around for the camera.

The song continues: ‘My name’s Tarquin I went to this school, where you’ll find the girls think they’re really cool.

‘Everyone’s rich, everyone’s posh, I reckon you’ll find they all say gosh. Everyone has MacBook Pros, iPhone 11s, what are those.’

“You’re at a private school there’s nothing you can’t flex” Well you can’t flex lip syncing skills I’ll tell yer that for free yikes what a balls up pic.twitter.com/qlKs5m4FkH 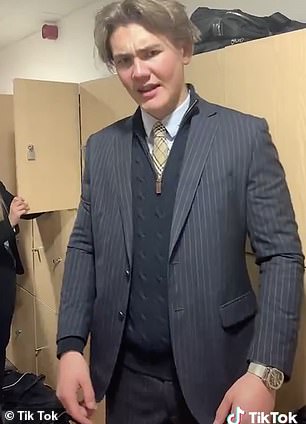 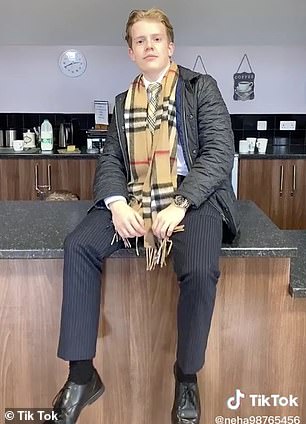 A £14,000-a-year private school has apologised after a group of students posted an ‘offensive’ video bragging about how wealthy they are. Hill House in Doncaster, South Yorkshire, said the TikTok clip was ‘in bad taste’ and did not represent the ‘tone or demographic’ of the institution 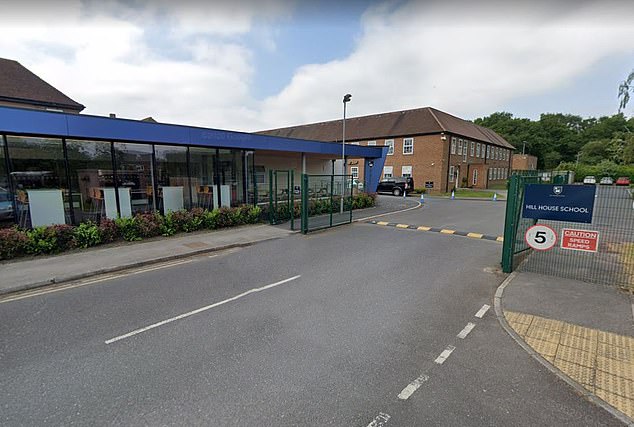 Hill House in Doncaster, South Yorkshire, said the TikTok clip was ‘in bad taste’ and did not represent the ‘tone or demographic’ of the institution (file photo)

One of the students then points to his friend’s bright socks as he pulls up his trouser leg.

It continues: ‘Everyone asks Tarquin what kind of school do you go to? And I would just say you’re at a private school.

‘The posh version of education there’s nothing you can’t flex, you’re at a private school.’

As two of the boys in the group sing ‘you can’t flex’ they brandish their watches to the camera while donning Burberry-patterned scarves.

The bizarre video comes to an end as one of the boys plays a drum kit, which is also believed to be on the school’s campus. 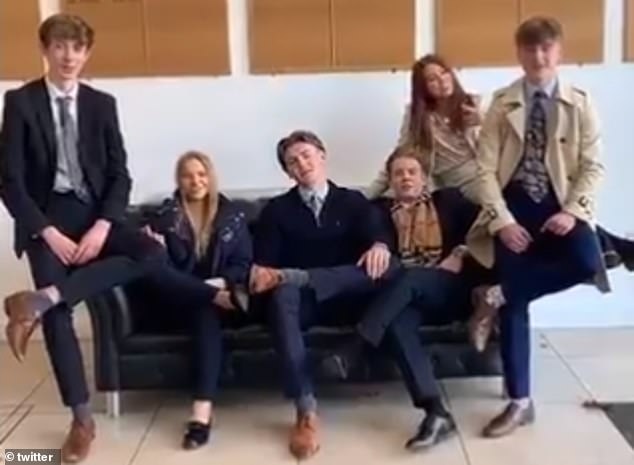 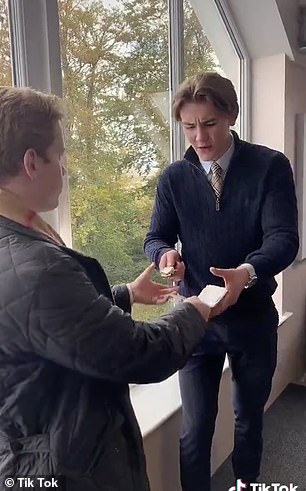 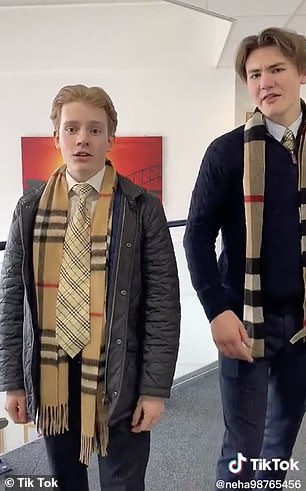 Hill House said the students’ post was meant to be a satire of a popular TikTok challenge.

But social media users slammed the pupils for their ’embarrassing behaviour’ after the footage went viral.

One commented: ‘Embarrassing behaviour, he had so many chances to think ”ah lemme delete this it’s embarrassing” and he still decided to post it.’

A man wrote: ‘I don’t get it. They’re rich taking the mickey out of themselves supposedly but really it’s they’re rich and they don’t care.

‘Look at us we’re rich and smug. At this point in time with people really struggling… hilarious…’ 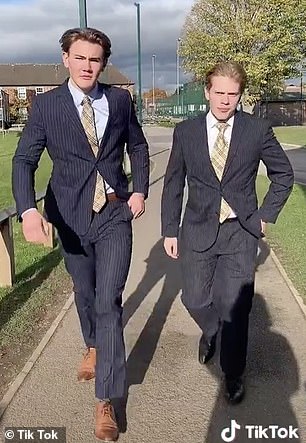 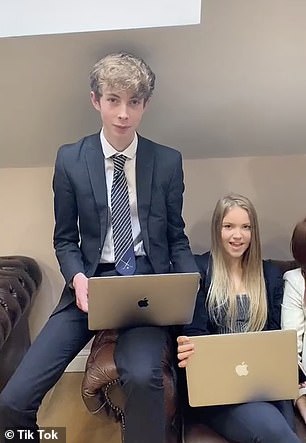 Another posted: ‘Probably the poor timing of being like ”haha we’re rich, let’s laugh at rich people having stuff” while people suffer through a pandemic/free food for poor school kids gets voted down. Aka ”read the room”.’

One person put: ‘All that money and they couldn’t even mix and master the song properly smh.’

An account wrote online: ‘The whole time I’m thinking, they could have had as many takes as they wanted, and this was the version of the song they kept?’

Meanwhile one man said: ‘It’s funny if they are trolling themselves/rich kids. What’s gross is the underlying subject matter which is sickening.’

A woman added: ‘So much money and not able to find at least 1 music producer or a vocal coach? This is so cringe…’ 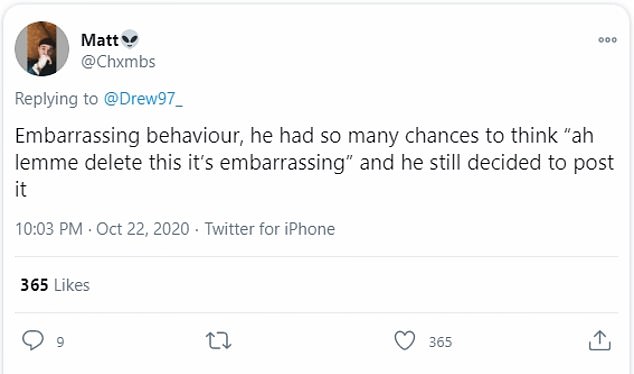 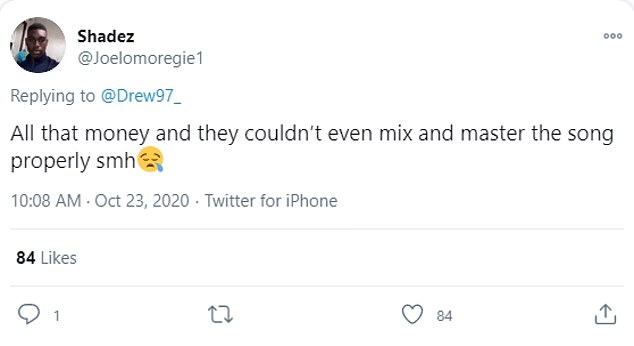 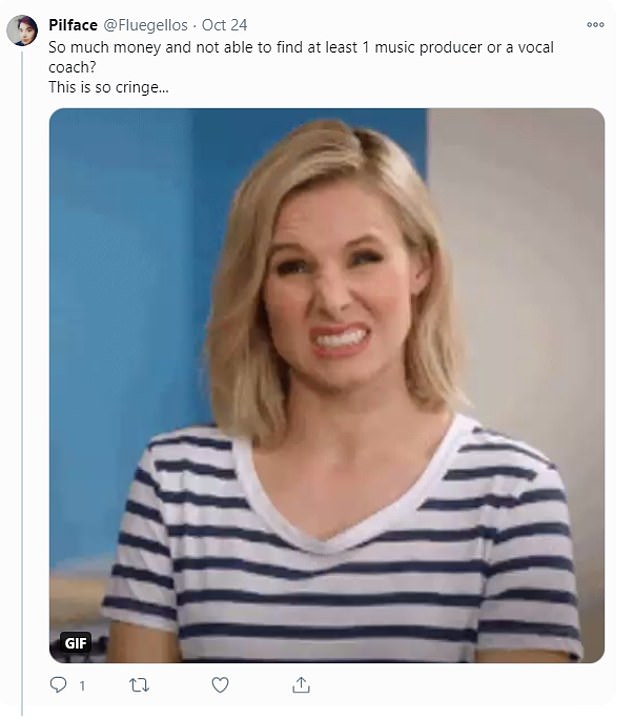 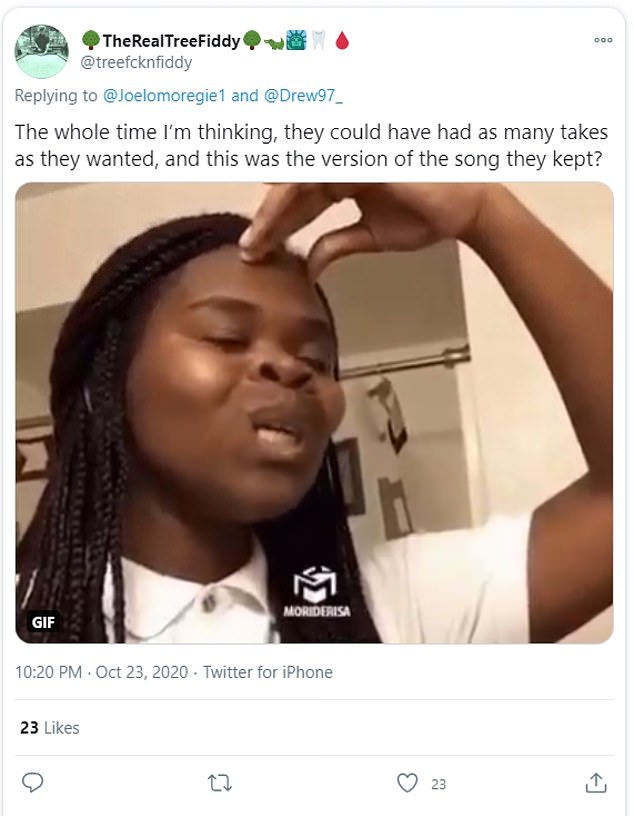 Hill House School said in a statement on Sunday: ‘It has come to our notice that regrettably a small number of our sixth form students have posted a video online which was filmed at our school.

‘Albeit we understand the video was intended to be a satire of a currently very popular TikTok challenge, we feel it is in bad taste and in no way reflects the wonderful community of Hill House School, either in tone or demographic.

‘We would therefore like to apologise for any offence caused and are assured that the students involved understand its potentially offensive content and have deleted the original post from all social media platforms.’

It is not the first time Empire State of Mind has been parodied in Britain. In 2010 Welsh rapper Alex Warren and singer Terema Wainwright did a version in Newport.

They posed in places around the city singing lyrics such as ‘In Newport, concrete jumble nothing in order, not far from the border’.

The song quickly become a runaway success, with its tongue-in-cheek style and references to Welsh life.