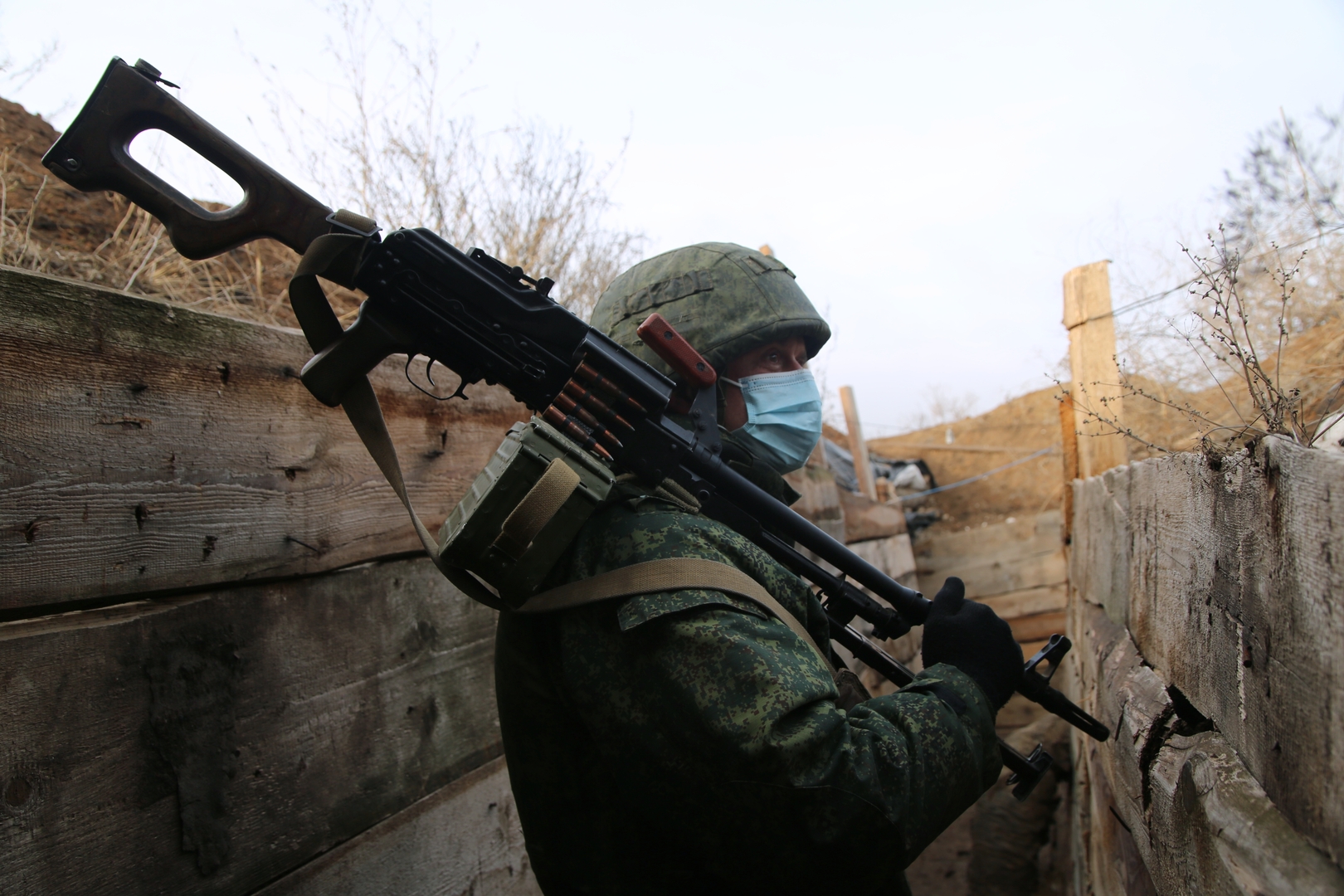 A soldier from the unrecognized “Donetsk People’s Republic” forces

An official in the unilaterally proclaimed Donetsk People’s Republic in southeastern Ukraine warned of the consequences of Kiev continuing to block the work of the armistice monitoring mechanism in the conflict zone.

“The coordination mechanism that would contribute to preventing and stopping the bombing operations has been practically suspended by the Ukrainian side,” Alexei Nikonurov, representative of the republic in the group on security issues within the Contact Group for Conflict Settlement in Donbas, said.

He added that if Kiev insists on ignoring the importance of discussing security issues, “an escalation of fighting will become inevitable.”

He pointed out the need to focus on discussing “an agreed document defining the procedures for strengthening the ceasefire regime” and excluding any differences in its reading, adding that Kiev’s claims about the holding of the truce in Donbas in general are untrue, “since the Ukrainian side, since last September, withdrew from the agreements and does not implement An item is one of its clauses. “

On 27 July, additional measures were taken in Donbas to ensure the truce between the two parties, which was agreed upon during the sessions of the trilateral contact group that includes Russia, Ukraine and the Organization for Security and Cooperation in Europe.