British holidaymakers were dealt yet another blow tonight after the Government announced travellers arriving from France will still have to quarantine – even if they have had both Covid jabs.

The surprise move, which will likely throw thousands of summer holiday plans into disarray, comes just days before the end of school term.

Holiday hopefuls had previously been told that they would be able to skip ‘Amber List’ quarantine rules from July 19.

That’s the date in which the Government said double jabbed Britons returning from Amber list countries would be able to so without having to quarantine.

But France will now be made an exemption to the rules, amid concern over the spread of the Beta (South Africa) strain across the Channel. 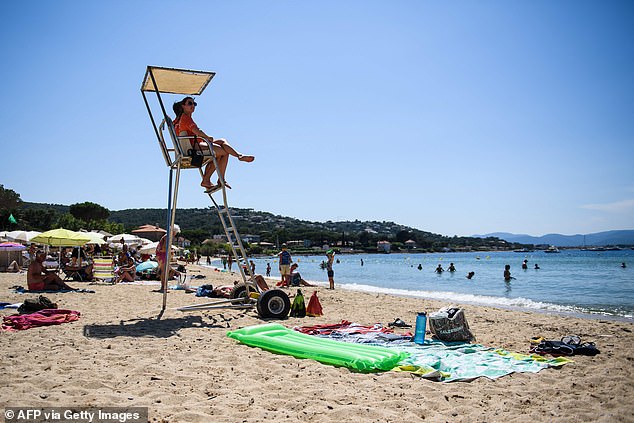 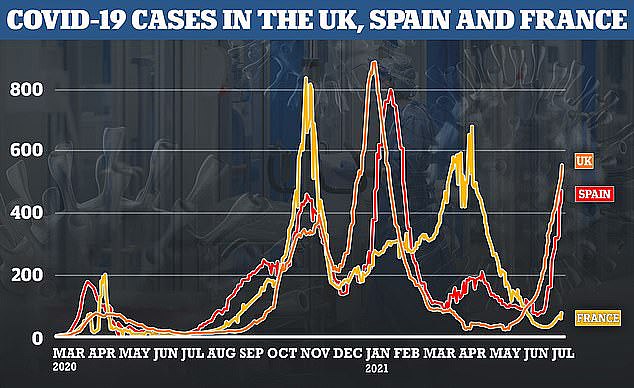 Reports earlier this week said the Government was considering putting France on the red travel list – which means those arriving in the UK from France would have to isolate in a quarantine hotel for 10 days.

But the Government has now opted for a less extreme option of keeping France on the Amber List – but keeping the quarantine requirement.

Those arriving back from France will, from Monday, still have to isolate at home for up to 10 days.

They can be released after five days providing they test negative under the Government’s test and release scheme.

It is not yet clear if holidaymakers who have to travel through France from other European countries will have to follow the self-isolation rules.

According to the Telegraph, travellers may still be able to avoid quarantine, although this will be subject to ‘specific arrangements’ being made by operators.

Transport Secretary Grant Shapps said: ‘Travel will be different this year and whilst we are committed to continuing to open up international travel safely, our absolute priority is to protect public health here in the UK.

‘We urge everyone thinking about going abroad this summer to check their terms and conditions as well as the travel restrictions abroad before they go.’

Health and Social Care Secretary Sajid Javid said: ‘We have always been clear that we will not hesitate to take rapid action at our borders to stop the spread of COVID-19 and protect the gains made by our successful vaccination programme.

‘With restrictions lifting on Monday across the country, we will do everything we can to ensure international travel is conducted as safely as possible, and protect our borders from the threat of variants.’

Charles Zolot, 65, was present in a pool of blood with 'trauma to his face' and 'puncture wounds to...