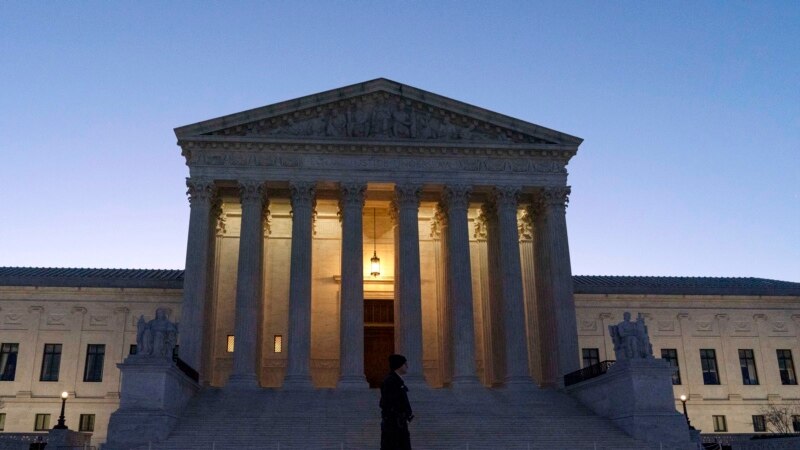 In a rare leak from the US Supreme Court, the publication Politico reported that it obtained a draft opinion from the Supreme Court showing that the majority of the court is in favor of overturning the landmark Roe v. Wade in 1973 that legalized abortion throughout the country.

The document, labeled “first draft” by Justice Samuel Alito and distributed among the other justices in February, represents a break in the highly secret deliberation process among the justices in which their decisions are unknown until rulings are officially issued. .

Those positions may change during the deliberation process, even after a majority opinion is drafted, with the final ruling expected before the court ends its current term in late June or early July.

At stake is the issue of abortion rights in the United States, which since the Roe decision has been protected nationally and reaffirmed in the 1992 case Planned Parenthood v. Casey.

Public opinion polls show that the majority of the American public is in favor of making abortion legal in most or all cases.

“If the Supreme Court does issue a majority opinion along the lines of Justice Alito’s leaked draft, the shift in the tectonic plates of abortion rights will be as significant as any opinion the Court has ever issued,” said Executive Director of the American Civil Liberties Union, Anthony Romero. In a statement Monday night, Romero said: “It would deprive half the nation of a fundamental constitutional right that millions of women have enjoyed for more than 50 years.”

Alito is one of six conservative justices on the nine-person bench, and overturning Roe vs. Wade has been a long-time goal of social conservatives in America.

“Roe was terribly wrong from the start. His reasoning was exceptionally weak and the decision has had detrimental consequences,” the draft opinion says.

Judges are deciding Dobbs v. Jackson Women’s Health Organization, involving the state of Mississippi’s ban on most abortions after 15 weeks of pregnancy.

A federal appeals court ruled against Mississippi, saying its deadline ran counter to standards set forth in Roe and Casey that allow a mother to terminate a pregnancy without state interference before the fetus is viable outside the womb.

The draft opinion rejects the limits on state authority in the Roe and Casey decisions, saying that state legislators should be the ones to decide what is legal in their state.

“Abortion presents a profound moral issue,” the draft says. “The Constitution does not prohibit the citizens of each state from regulating or prohibiting abortion. Roe and Casey arrogated that authority to themselves. We now overturn those decisions and return that authority to the people and their elected representatives.”

Politico said it received a copy of the 98-page draft decision “from a person familiar with court proceedings in the Mississippi case along with other details that support the authenticity of the document.”

Outperforming America, Qatar regains the lead as the largest exporter of natural gas in the world | Economie

Outperforming America, Qatar regains the lead as the largest exporter of natural gas in the world | Economie