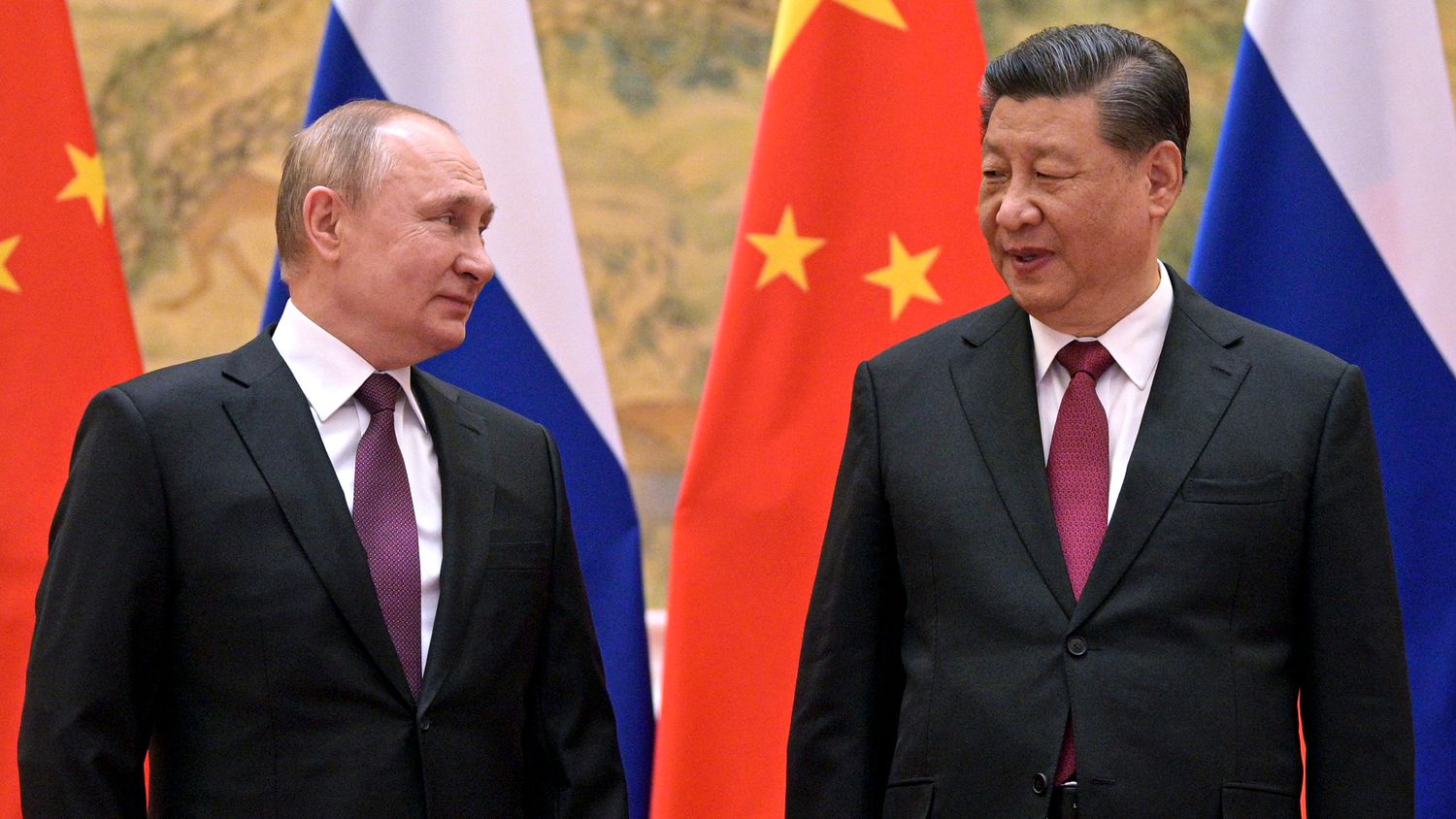 Information about a possible request for military aid to China by Russia has surprised the international community. The United States has warned the Asian country of dire consequences if it helps Russia circumvent US sanctions. In this context, in 2015 I coined the term dragon bear to refer to the popup modus vivendi of systemic coordination between China and Russia in various strategic fields (energy, raw materials, economy and trade, technology and space, defense, international organizations, etc.), which has deepened significantly since then. After the annexation of Crimea in 2014, Russia took the opportunity to successively build this new modus vivendi of coordination with China as it finds itself isolated by the West. China provided Moscow with an economic and financial lifeline, sparing the country a default like the one it suffered in 1998. Sino-Russian relations have since deepened under constant pressure from the United States.

Russia needs a powerful ally due to its isolation in the West, while China requires a reliable junior partner with regional power projection to bolster its international influence. The degree of deepening of this relationship depends on the continued economic rise of China. Both countries are interested in giving the impression abroad of a stable and resistant alliance against the West. However, there are currently no clear signs of a defense alliance between the two powers. The approach appears to be more tactical than strategic. The key common denominator is not only the goal of creating a credible counterweight to US global power projection, but also the facilitation of significant Eurasian connectivity in response to US maritime dominance in the Indo-Pacific region, ensuring thus security of supply in the event of future blockades of sea lanes.

The dragon bear it is not an alliance or a marriage of convenience, but a temporary asymmetrical relationship in which China predominantly sets the tone, but remains dependent on Russia in many respects. As long as there is a shared geopolitical interest in reducing the global influence of the United States in international affairs, the systematic coordination of a series of policies and actions between Beijing and Moscow will continue despite Russia’s war against Ukraine. China and Russia are trying to jointly respond to upheavals in all key areas: from global economy, finance and trade to diplomacy, regional and international organizations, defense and space collaboration. Both actors assume that the world order is undergoing a bifurcation (new bipolarization of international relations), the result of which is unpredictable and has ramifications for Russian and Chinese interests.

For decades, Russia was China’s most important arms supplier. Some key blocks of Russian-Chinese cooperation include the delivery of S-400 air defense systems and Su-35 fighter jets, which were designed to enhance Beijing’s ability to attack US warships. Since 2019, Russia and China have jointly developed China’s missile defense early warning system. In addition, Moscow supports the Beijing Army with technologies about which Russian President Vladimir Putin did not want to reveal more details. China’s advanced computer chips represent another opportunity for Russia to acquire military technologies affected by Western sanctions. Other opportunities for cooperation have also been explored, such as in the field of joint development of satellites and the construction of a future lunar station. Furthermore, China and Russia have resolved their long-standing territorial disputes and amicably demilitarized their common border. Therefore, neither territorial claims nor border disputes should hinder their bilateral relations. Although both are involved in territorial disputes with third countries, they avoid direct confrontation with each other.

Sino-Russian relations are developing at the highest level: between Presidents Vladimir Putin and Xi Jinping, who have met 38 times. The high point was reached on February 4, when both presidents signed a joint declaration that covered a wide range of bilateral, regional and international issues. The clear rejection of NATO and other blocks led by the United States, such as Aucis and Quad, is reflected in this strategic document. Both countries are also actively trying to diversify their economic ties, identifying and promoting potential business interests. Trading volumes are expanding steadily and successfully.

From a diplomatic point of view, the bilateral relationship is also flourishing and China-Russia relations are officially described not as an alliance, but as something that is “better than all alliances”. Even during Russia’s offensive in Ukraine, the relationship was described by Chinese officials as “rock solid.” In addition, the voting behavior of both States in the United Nations Security Council shows an increasingly positive trend when it comes to coordinating their positions on current international affairs. In the energy sector, interests are complementary, as Russia is the world’s largest combined supplier of oil and gas, while China remains the largest energy consumer. An energy dependency similar to that between Russia and Europe could emerge in the future, as Moscow supplies more and more oil and natural gas to China through various pipelines. On the other hand, this gives Russia a stronger profile in Asian markets and at the same time allows it to diversify its own energy portfolio away from Europe.

Europe does not want to take sides in the growing systemic rivalry between the US and China, and the European Union also avoids taking alternative decisions in this competition, as Moscow did. The EU is trying to follow a uniquely European path to navigate through the growing bifurcation with the two emerging power centers of the global system: the United States and China. From a geopolitical point of view, both the EU and Russia are free riders in global power competition, but European powers seek to avoid potentially dangerous situations that require the use of hard power, while Moscow seeks to use hard power in those situations that might lead to greater bargaining power or an expansion of its own power. power projection. Russia is striving to become the largest European country by subduing Ukraine and building a new geopolitical construction with Belarus that could dictate the new rules of the European security architecture if it succeeds. Moscow’s war against Ukraine shows that the country is in preparation mode for a “long game”, that is, the systemic rivalry between Washington and Beijing, and Russia’s future positioning in it. For the United States, a Sino-Russian alliance, and thus a two-front scenario, would be extraordinarily threatening going forward. In the long term, one can also expect the US to withdraw more and more from Europe to engage in the Indo-Pacific, especially the rise of China in East Asia, which European officials have not yet anticipated.

Neither the United States nor China want a scenario in which Russia becomes part of the adversary geopolitical bloc. From China’s perspective, a partnership to this between Russia and the United States would be the worst case scenario. On the contrary, Russia will never approve of Chinese domination in the sense of a pax sinica in Eurasia and in geographical areas of Russian geopolitical interest (Black Sea region, Eastern Mediterranean region, South Caucasus and Eastern Europe). China knows that the United States regards Beijing as the biggest threat to its security, especially in the Indo-Pacific. From a geopolitical perspective, China has nothing to gain by supporting the current US position on Russia’s war against Ukraine. By supporting Moscow economically and financially, China is counting on Russia to keep the United States engaged with Europe, diverting its attention from the Indo-Pacific region and Taiwan in particular. In addition, China gains access to the most coveted raw materials like no other in the world, as Moscow is one of the world’s largest exporters of raw materials, as well as the world’s largest combined supplier of oil and gas. In conclusion, China will keep this modus vivendi with Russia and will likely further deepen relations with Moscow despite US efforts to weaken it.

Velina Tchakarova She is director of the Austrian Institute for European and Security Policy and a contributor to Agenda Pública.

NBA: The most anticipated reconciliation in the NBA: this was “the hug of peace” between Garnett and Allen

NBA: The most anticipated reconciliation in the NBA: this was "the hug of peace" between Garnett and Allen