A supermarket boss who is fed-up with shoplifters has started shaming a string of thieves including the ‘Meat Bandit’ and Limbo Legend’ for brazenly stealing in his stores.

Drakes Supermarkets director John-Paul Drake, who operates dozens of stores across South Australia and Queensland, has posted a series of videos on Instagram featuring CCTV footage of light-fingered shoppers in the act.

Superimposing himself into the clips, he commentates their instore activities over the sound of satirical soundtracks, giving each offender a nickname based on their manner of offending.

In one video, a woman labelled the ‘Limbo Legend’ carts a full trolley through the one-way gate at the Adelaide store’s entrance by ducking underneath the panels to activate the sensor from the opposite side. 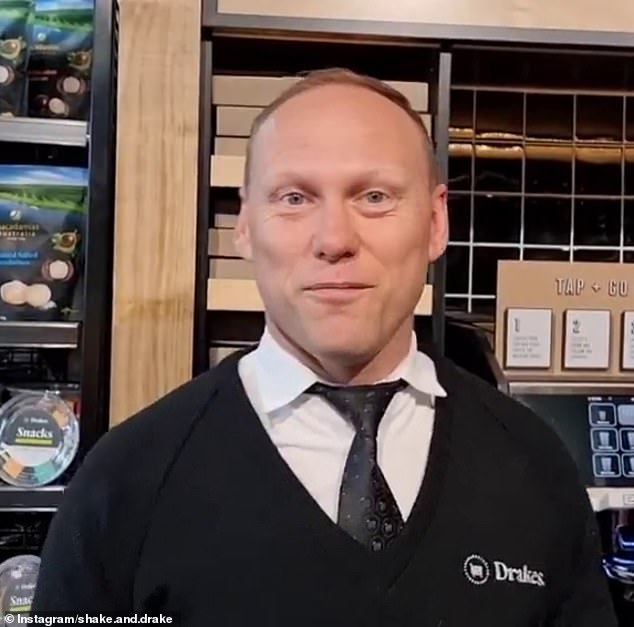 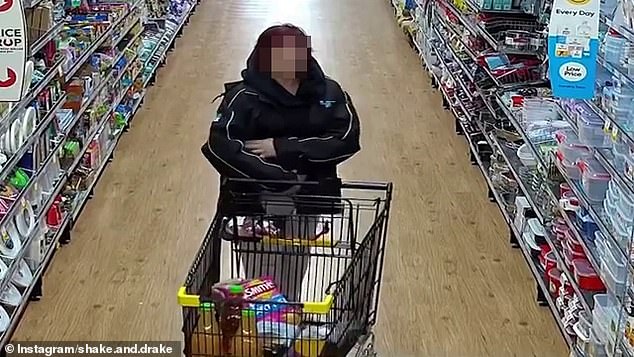 Another shows a the ‘Meat Bandit’ pinching a meat tray from the fridge section, shoving it down her pants, then walking out the door.

Other offenders include the ‘Wizard of Eyre,’ a man who vanished from a store with packet of meat, and the ‘Sock Bandit’, who Mr Drake joked put on ’50 kilos’ after he shoved multiple pairs inside his jacket.

Mr Drake has dubbed the culprits ‘serial magicians’ because they make products disappear.

‘Now you see it, now you don’t.. The big question is, where does it go?’ Mr Drake says. 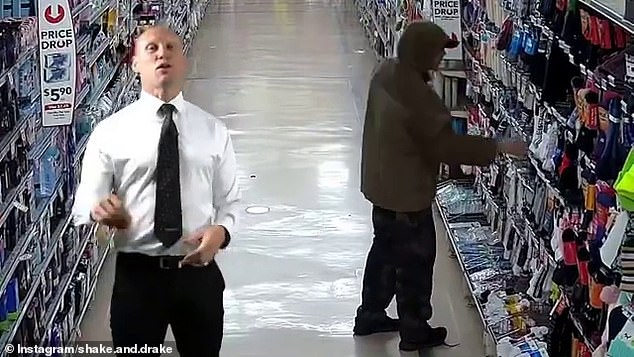 Mr Drake defended his decision to shame offenders, saying his videos highlight the impact of shoplifting on businesses.

‘People need to understand that this theft is going on,’ he told 7News on Tuesday.

‘I don’t care where you are in the world, or what planet you’re on, it’s not acceptable.’

Asked whether the culprits could be victims of homelessness or mental health issues, Mr Drake said his company already donates of dollars to charitable organisations.

As for other revenue, he said Drakes is a family business, not a ‘charitable’ organisation, and the repeat offenders and theft appears to be getting worse.

It is not the first time Mr Drake has made headlines with his quirky clips.

Last year, he rose to fame after unleashing on Covid-19 panic buyers snatching up toilet paper and other essential items in stores. 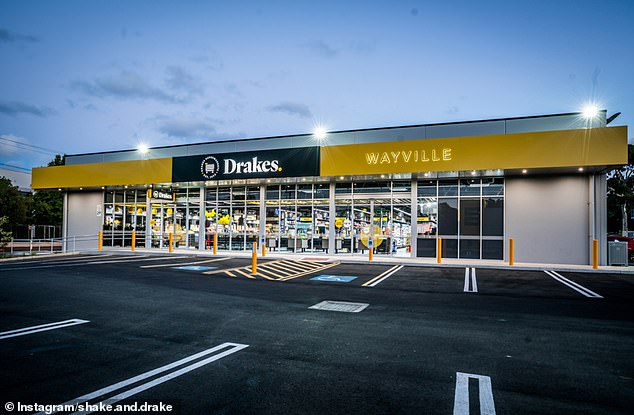 Fortnite Made $9 Billion in Two Years, While Epic Games Store Has Yet to Turn a Profit

EA Is Putting the Future of its Franchises, Including Titanfall, into its Studios’ Hands

Families have been torn apart by COVID. Now what?

Denmark midfielder Christian Eriksen is "awake" in hospital after collapsing in the Euro 2020 match against...