Video has emerged showing the moment a shirtless man accused of taking photos of young girls at a packed beach was apprehended and handed to police.

Michael Dale, 52, was apprehended by members of the public on Tuesday after they allegedly saw him photographing girls while they were swimming at Wollongong Harbour, south of Sydney.

He was handed to police, who seized his phone and later searched his home.

Detectives allege his phone contained images of girls aged between 11 and 14. The pictures were taken in the Wollongong and Towradgi areas south of Sydney between December and January. 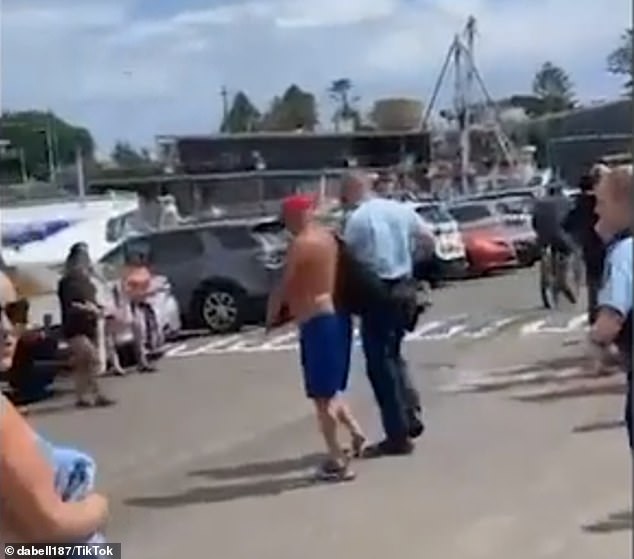 Video uploaded to Tik Tok (pictured) showed the moment Michael Dale, who allegedly took photos of young girls swimming at Wollongong, was handed to police who arrested him

Dale, who lives at Coniston, a suburb of Wollongong, was charged with nine counts of possess/produce child abuse material.

He appeared in Wollongong Local Court and was granted strict bail by Magistrate Michael O’Brien, and will appear again on February 17.

Dale was ordered to stay away from pools and beaches and not use the camera function on his phone.

He was also ordered to remain confined to his home between 8pm and 8am and not speak to, or be in the presence of, anyone under the age of 18.

Court documents showed Dale was recently put on the New South Wales Child Protection Register after being sentenced for wilful and obscene exposure in the presence of girls aged between 13 and 15.

Police alleged reports were made against Dale in early January and leading up to Australia Day, after he allegedly approached girls as young as 11 at Towradgi Beach and Ocean Pool.

In early January, police allege Mr Dale approached an 11-year-old-girl and her friend at the beach, asking ‘nice boogie board, did Santa get that for you?’ 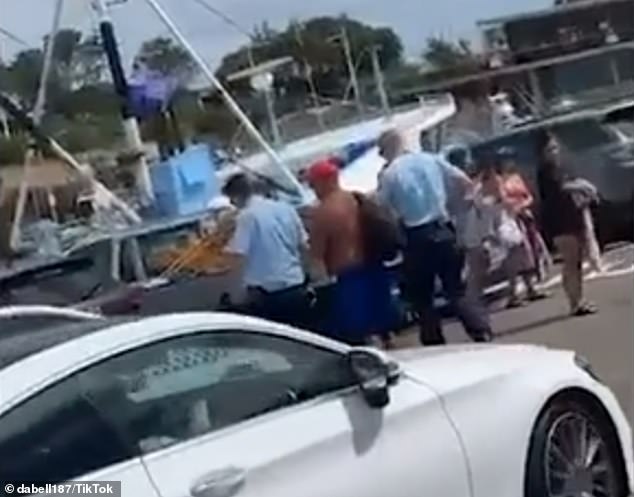