Police breaking into Birmingham shisha lounge with more than 150 people inside to stop them breaking coronavirus rules – days after it was fined £10,000 for first breach

By Charlotte Mitchell For Mailonline and Pa

Police have closed down a shisha cafe after storming inside to find around 150 people crammed together just days after the venue was hit with a £10,000 fine for Covid breaches.

Kasablanca in Birmingham was filled with patrons at around 1am on Saturday despite being hit with the hefty penalty for breaking restrictions earlier this month, said West Midlands Police.

A dramatic video shows the moment police had to break open the venue’s doors with tools after being refused entry.

Screaming and shouting can be heard as the police enter the venue.

Once inside, police said they found crowds inside with no social distancing measures in place.

Footage shows patrons milling past officers on their way out of the shisha lounge.

Some can be heard giggling and telling police ‘We are social distancing’ despite apparent evidence to the contrary.

Earlier this month, the shisha lounge was fined when officers gained entry despite staff pulling down the shutters on police.

Police said the venue had been issued with a closure order and will have to prove it is adhering to the law before it can reopen.

Birmingham and the wider West Midlands combined authority area has been widely mooted for a move to Tier 3 ‘very high alert’ measures as soon as the end of next week, as infection rates continue to rise. 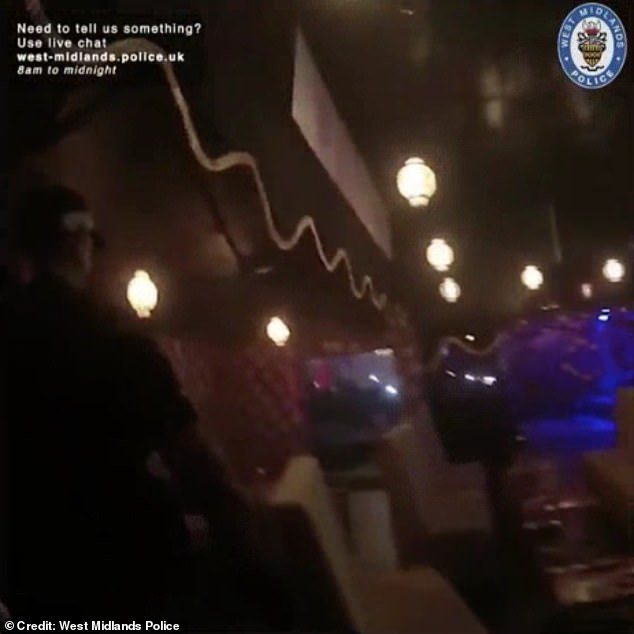 Once inside the venue, police said they found crowds inside with no social distancing measures in place 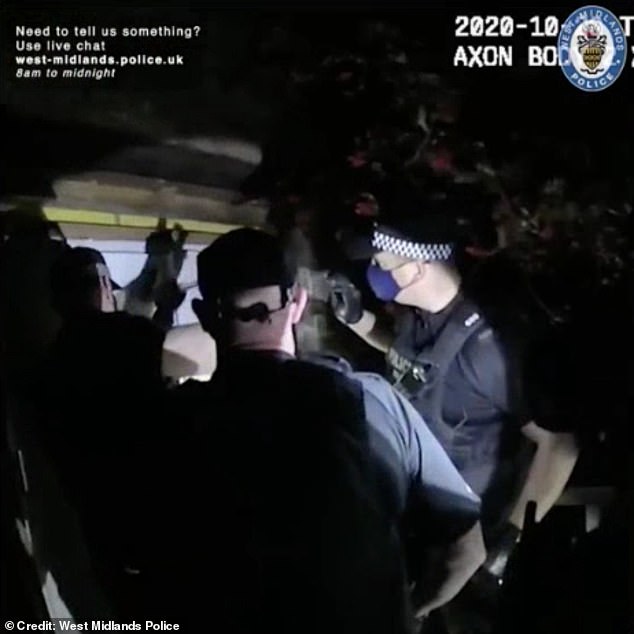 Earlier this month, the same shisha lounge was fined when officers gained entry despite staff pulling down the shutters on police

In a separate incident, the owner of a venue in Smethwick, West Midlands, has been fined £10,000 after hosting a wedding celebration for more than 70 people.

Viollet Salon received the fine on Thursday over an October 10 incident in which a large wedding of some 70 was taking place despite coronavirus restrictions.

Chief Superintendent Andy Beard criticised businesses for ‘flouting the law, putting lives at risk and increasing the risk of infections as this deadly virus continues to spread.’

‘This is a difficult time for everyone, but we won’t be able to control this pandemic and return to a sense of normality if this continues to happen,’ Beard said in a press release.

‘We all need to help stop the spread of coronavirus, and no one is above the law when it comes to that.

‘The vast majority are following the guidelines and we want to say thank you to those people making those personal sacrifices.

‘We’re continuing to work with local authorities across the region to tackle this virus and help to protect those who live work and visit the West Midlands in the coming weeks and months.’

Protesters burn Macron effigy amid tensions over right to caricature