Driver ‘ran over 71-year-old woman lying in the road’


A motorist ‘ran over a drunken woman lying in the road and killed her because he thought she was a bag of rubbish’, a court heard.

Jacqueline Bradnick, 71, died in hospital after she was hit by the Suzuki Alto in  Branksome near Bournemouth at around 11.10pm in January last year.

Ian Catley, also 71, decided against swerving his car to avoid the mysterious object in the road because it was a wet night, Bournemouth Crown Court heard yesterday.

Catley, of Glenferness Avenue, stopped his car when he realised he had hit something solid, but told police he had no idea the object was a human being.

Prosecutors claim the defendant failed to take evasive action during the incident in Dorset on January 18, 2019. 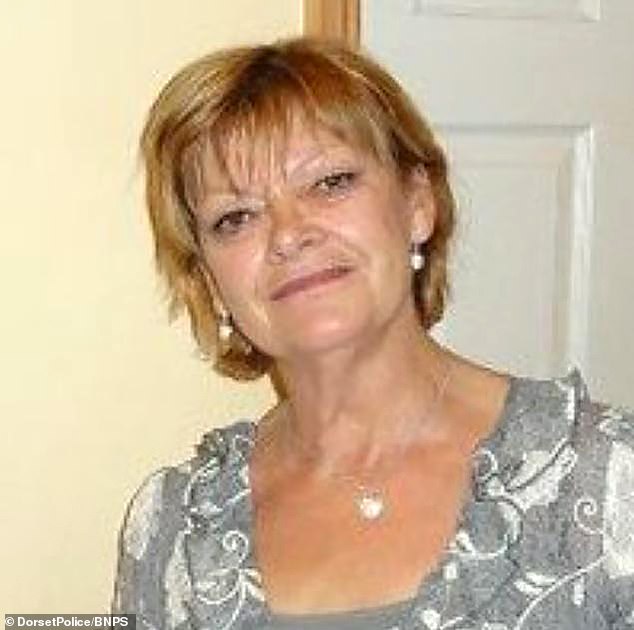 Pictured: Jacqueline Bradnick, 71, who died in hospital after she was hit by a Suzuki Alto in Branksome near Bournemouth in January last year

Isabel Delamere, prosecuting, told the jury how Mrs Bradnick was ‘staggering and stumbling’ near the road after departing a bus from Bournemouth.

She ended up lying in the road, although it is unclear how this happened.

Miss Delamere told jurors how a Volkswagen Touran in front of Catley and a BMW behind him had taken action to avoid Ms Bradnick.

But Catley drove straight over her body, the court heard.

The defendant told police he thought a rubbish bag had blown into the road.

Miss Delamere said: ‘Mrs Bradnick appeared confused and intoxicated when she got off the bus, and was staggering and stumbling.

‘A witness then says he heard a loud bang and something flew up into the air and above the roof of a car. 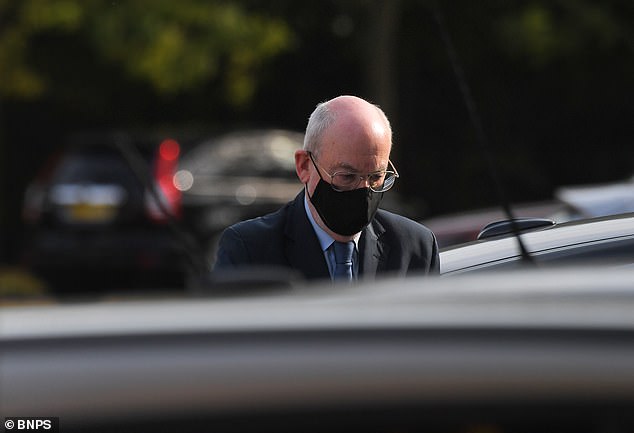 Prosecutors claim Ian Catley (pictured outside court) failed to take evasive action during the incident in Dorset on January 18, 2019 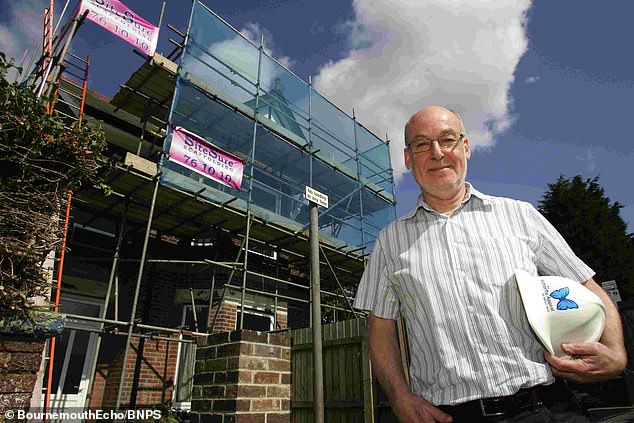 Catley, from Bournemouth, denies a charge of causing death by careless driving

‘They said Mrs Bradnick ended up on her back in the road and was driven over by another car.

‘Mr Catley stopped at the scene and said to officers he had seen something lying in the road but he had driven over it as he thought it was a rubbish bag.

‘He said in his police interview he didn’t veer left or right as the road was wet.

‘He expected the item to flatten but it was like concrete so he knew straight away something was wrong.

‘He said he didn’t know it was a human being and he was doing his normal driving.

‘The prosecution argues that he was driving without due care and attention as he had time to do what the driver in front and the driver behind did and take evasive action but he didn’t.

‘He took the positive decision to drive the car over what we now know is Jackie Bradnick. 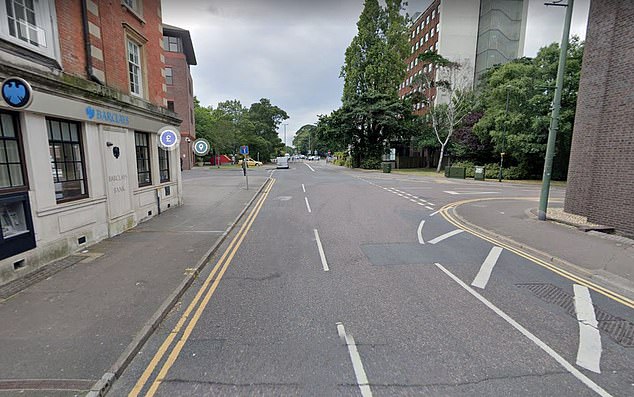 ‘We’re not suggesting for one minute he knew it was her but he took the decision to drive over that person.’

The court heard evidence from firefighter William Dring who was walking behind Mrs Bradnick before the incident. 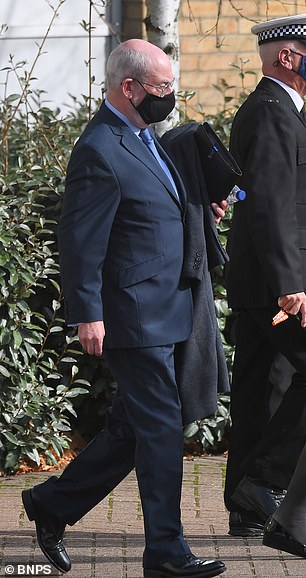 He said he heard a loud bang and saw her propelled into the air before landing on her back.

Mr Dring, who was on his way home from a night out, said that car carried on without stopping then Mr Catley’s vehicle drove over her.

He rushed to her aid and stopped other cars behind from doing the same.

He said: ‘I heard a really loud bang and looked up and saw something thrown into the air and shopping go all over the place.

‘She was knocked into the air, came back down and landed on her back.

‘The first vehicle made no attempt to slow down and then a second car drove over her.’

However, Miss Delamere said none of the injuries sustained by Mrs Bradnick were ‘consistent’ with being struck by a car while stood up.

She said: ‘The experts agree there are no injuries which are consistent with being struck by a motor vehicle while she was upright.’

Miss Delamere said that Catley’s vehicle did not have any defects and he was believed to be respecting the 30mph speed limit.

Catley, from Bournemouth, denies a charge of causing death by careless driving and the trial continues.