Drone carries kidneys a record 10 miles across the Nevada desert


Kidneys were flown a record 10 miles across the Nevada desert by drone earlier this month, setting a record for unmanned aerial organ delivery.

It comes after the first-ever successful drone delivery of an organ was completed last year, when a 44-year-old’s new kidney over two miles in an unmanned drone from the Living Legacy Foundation organ distribution center to the University of Maryland Medical Center (both in Baltimore) on April 19.

It was the second of two human tissue drone flights completed the same day, September 17. MissionGO and the Nevada Donor Network flew corneas two miles by drone, from one hospital to  another, then flew research kidneys 10 miles from a remote airport to a town in the middle of the state’s desert.

The kidneys and corneas were not intended for transplant, but they arrived completely intact, and were deemed valuable to be implanted into a patient.

With airlines in crisis and flights a pandemic scarcity, the flights could be an early signs that drones – not commercial flights – will be the future of organ transportation. 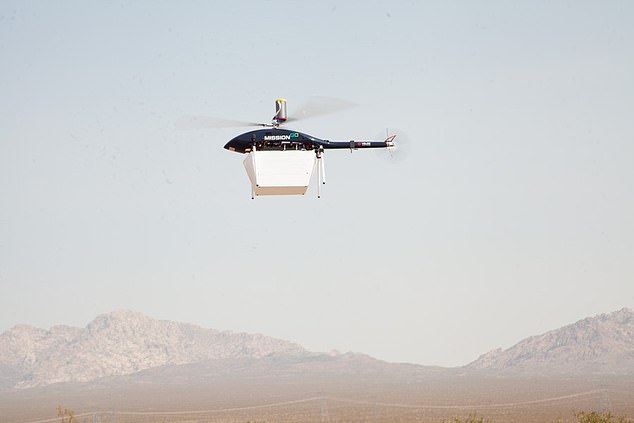 ‘The success of last week’s tests launches us into the future of organ transportation and will enable us to be even more successful in the coming years,’ said Joe Ferreira, CEO and President of Nevada Donor Network.

‘The work we’re doing now to maximize the gift of life and health can only be amplified with the services that MissionGO demonstrated. The future of organ donation and transplantation will be defined by innovation.’

University of Maryland (UMD) doctors and engineers first worked together with MissionGo to create a custom drone that could carry an organ with perfect stability, while monitoring it and communicating with the teams on the ground.

Every second counts during the transplantation process. Organs can only survive so long outside a human body.  A kidney remains viable for 36 to 48 hours, while  hearts or lungs can only last four to six hours.

Delivery delays of a single hour, which are common, can make the difference between a viable and non-viable organ – and whether its intended recipient lives or dies.

By cutting out the complications of freight and passenger planes and airports, the University of Maryland team wondered if an unmanned drone could money and precious time in the organ transplantation process.

But the longer the journey, the more likely it becomes that something – rough air, or a faulty cooler – goes wrong, so proof that a longer-distance flight can go off without a hitch is crucial.

For an organ transplant to be successful, so much has to be right.

Donor and recipient have to have the same blood type, be around the same size and timing has to be perfect. 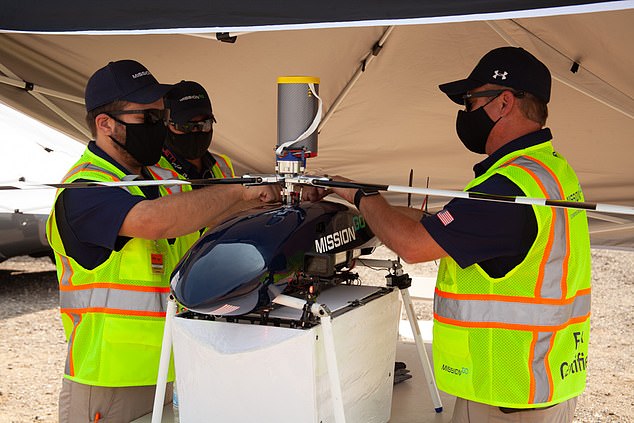 The drone was equipped with a special, extra-stable cooler to keep the organs safe mid-air

This leaves little room for error or delay.

Yet, even after all of these factors are aligned, organs don’t always make it to their destinations and their recipients.

In fact, about 1.5 percent of organs don’t get to their destinations. It’s a small percentage, but it means that some 1,710 out of 114,000 people on the transplant list lose their organs to these issues.

Last year, 2,700 kidneys were simply thrown away because they expired before they could be transplanted.

In one frustrating incidence, a kidney slated for a a three to four hour trip from Atlanta to Baltimore was caught in transit and didn’t reach its destination for 29 hours, Matthew Scassero, director of UMD’s unmanned aircraft systems (UAS) programs told Dailymail.com following the team’s first successful drone flight last year. 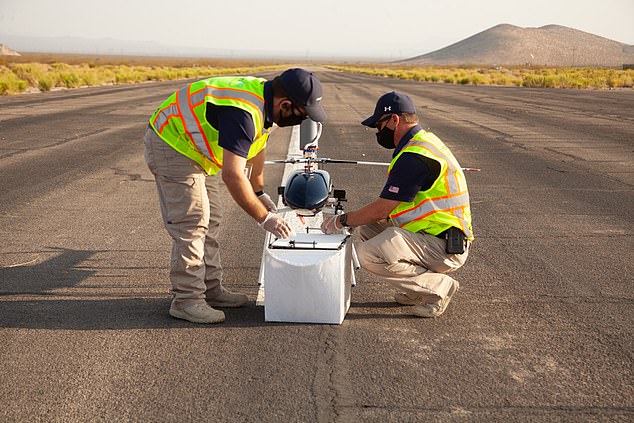 So he and project lead Dr Joseph Scalea wanted to try to tackle these delays using drones.

The system uses the standard organ transportation box, but outfitted with a system they developed using the ‘guts of a cell phone’ to remotely track not just the location but the ‘medical condition’ of a flying organ, Scassero said.

Scassero’s team also designed a totally new drone to comply with Federal Aviation Administration (FAA) guidelines while incorporating multiple redundancies – back op rotors and a parachute – to come as close as possible to ensuring a traveling organ would remain viable no matter what happened.

The team loaded a kidney up and flew it 2.8 miles in just under 10 minutes, from the Living Legacy Foundation organ distribution center to UMD Medical Center.

‘We found it had less vibration and temperature variation than if we had put the kidney in other craft,’ like ambulances or charter planes, Scassero said. 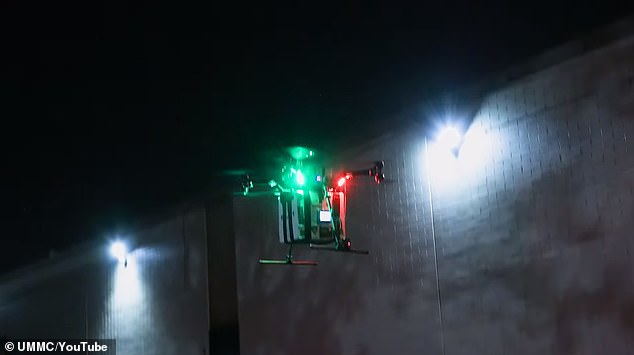 ‘It was maintained no matter what.’

The organ drone made a smooth landing, and was successfully transplanted into a 44-year-old recipient who had spent the last eight years on dialysis.

This maiden voyage was just a proof of concept and, but Scassero says that within two to three years it could be ready for common use for short distances.

‘What we envision is a completely unmanned distribution system, where all the routes are programmed in and from the distribution center, you hit go and from that point until the drone arrives, it’s all automated,’ Scassero said.

Now, the design has proven its mettle in the remote desert of Nevada, where flights are even fewer and further between than in relatively populous Maryland.

Patients at rural hospitals face poorer odds of surviving and thriving life-threatening disease in general. Organ availability for those who might be saved by new kidneys or a new heart represents just one of many disparities between rural and urban Americans.

But the drones could help to close that gap, providing transport where commercial  flights aren’t available to carry organs at a moment’s notice.