A drunk driver has allegedly assaulted police while trying to evade officers after crashing his ute on a notorious stretch of road.

The Toyota Hilux crashed into a light pole and a tree on Bridge Road in Pooraka in Adelaide‘s north on Friday night before the vehicle flipped upside down on its roof.

The driver managed to clamber out of the wreckage and allegedly fled the scene and tried to a hitch a lift from a passing motorist.

Police stopped a vehicle at a nearby intersection a short time later, where the suspected driver was allegedly sitting in the passenger seat. 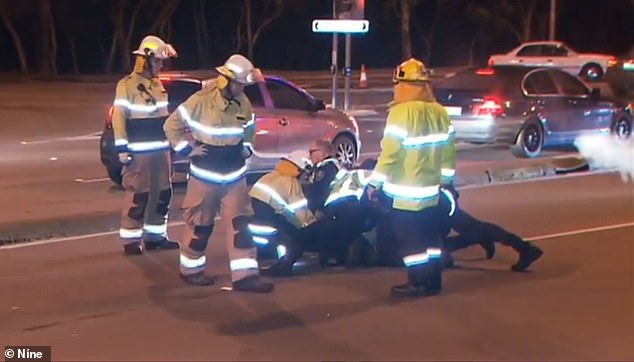 He allegedly provided false details to police before being arrested, where he allegedly assaulted an officer while being searched.

The handcuffed man was escorted into the back of a police van and taken to hospital for mandatory blood and urine testing and assessment of his injuries.

Fed up local residents are tired of being kept awake by young hoons using the road as a race track as they recalled the late night commotion.

‘I was in bed and heard this almighty bang,’ Pauline Way told Nine News.

‘How he got out of that car I do not know. It was a complete mess. I knew it was an accident, but I didn’t know it was going to be that bad.’

Chris Douros added: ‘It’s terrible. That car could have slammed into my house.’ 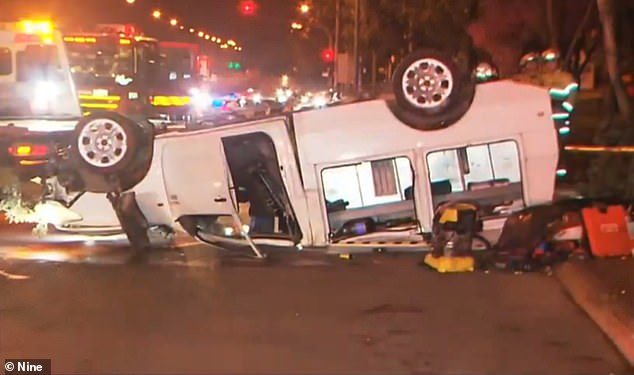 The driver allegedly slammed into a light  pole and hit a tree, flipping his ute (pictured)

Ms Way recalled how the the man tried to get a lift from a passing motorist.

The police officer who was allegedly assaulted suffered a minor injury that didn’t require medical treatment.

A Port Noarlunga man, 25, was later discharged from hospital and charged with driving without due care, giving a false name, drink driving, resisting arrest and assaulting an emergency worker, among others.

He refused bail to appear in Elizabeth Magistrates Court on Monday.

The ute sustained extensive damage and was later towed away. 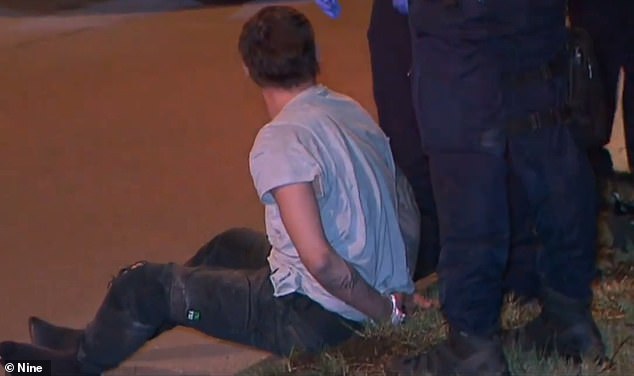 British judges could no longer be 'bound' by ECHR decisions